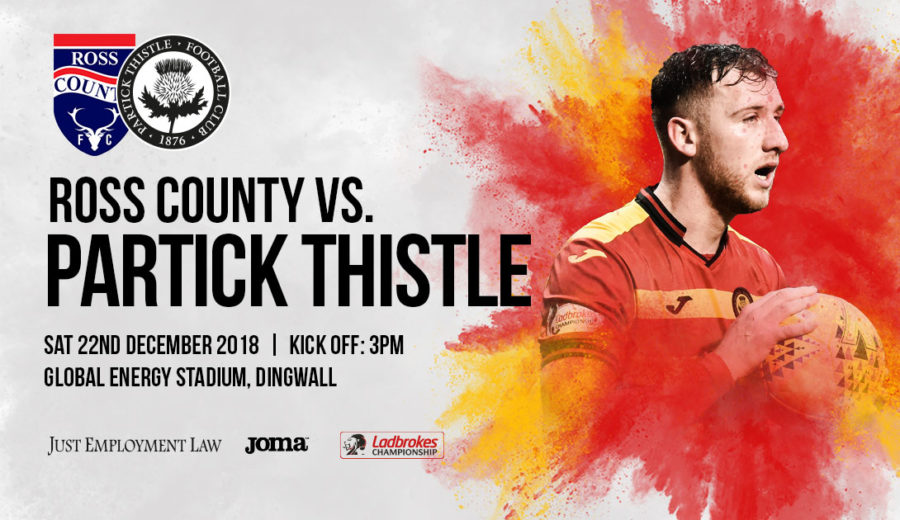 The defender has finally managed to get his Thistle career underway after an injury-ravaged start to his time as a Jag and he is hoping to make the most of his run in the team.

Dan feels like the players are looking forward to the game and speaking to ptfc.co.uk he said: “The camp is in good spirits. We’ve been working hard; we’ve been working towards the game on Saturday and we know what we need to go up there and do.

“We are looking to go there, play well and take all three points. We were disappointed last weekend, we gifted them two goals but it’s still something to build on after the win the week before.”

Jefferies is hoping to give the Thistle support something to cheer about a few days ahead of Christmas.

“It’s a long journey but we know the fans will back us. It’s a long trip for them just before Christmas and we want to send them all back down the road happy.”

“We want to build on the last two games and look to take the win against Ross County. We know it will be a tough game, they are up near the top but we believe that it’s a match we can win.

“We believe in the quality we have and we think that we have enough to win the game, we have players that can hurt them and we are feeling confident.”

“Confidence makes a massive difference. You go into a game confident then you perform better, players want on the ball more, they aren’t worried when they are on it and it leads to much better performances. Hopefully that is the case on Saturday. “

After signing on loan from Dundee on the last day of the transfer window in August, Dan had to wait over three months to make his debut. Now he wants to use his time here wisely.

“It is good to get my career here started. I was unfortunate with injury after I signed but I’m happy to be back in the team and hopefully able to help the team up the table and away from the position that we are in.

“I came here to play regular football and I’m happy to be doing that just now. I wanted to get some games under my belt at a good club and I’ve enjoyed the last couple of games in the side.”

“It’s good playing with Tam and Sean, both experienced players who talk a lot and it’s been great learning from them in training and in the games. They help you through the match and I feel we’ve formed a good three in the last few games.”

Can’t make it to the Global Energy Arena? Jagzone members can listen to live audio commentary of the match. JagZoneLIVE begins at 2:45pm on Saturday.