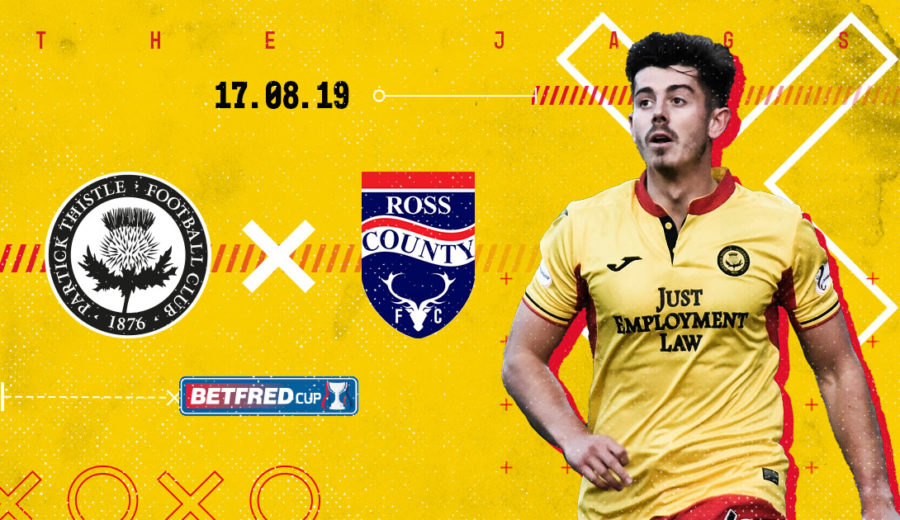 Jones raring to get back out there

Alex Jones is looking forward to getting back out on the field after the disappointing defeat to Dundee United last Friday night. Ross County come visiting to the Energy Check Stadium at Firhill in the Betfred Cup and Jones admits the players are raring to go after a week of reflection.

Speaking to ptfc.co.uk he said: “We were all massively disappointed after last Friday, the lads are itching to get back out there. I think after a result like that you want the cup match straight away on the Tuesday, but we’ve worked on things this week and we can’t wait to get out and try and put things right.

“After going in ahead at half time, you shouldn’t be losing the game, especially at home, but there’s nothing we can do about it now. The boys have come in this week, really got their heads down and worked extremely hard. That’s exactly what we need to do to put things right.”

Despite the tie being against a team from the league above Alex believes in the squad and, after coming through a group which included Premiership side Hamilton, the striker says there is nothing to fear.

“The league is obviously our main aim but cup runs are always good for teams and it’s a chance to go further in this cup. We have done well in the Betfred earlier in the season and we’ve nothing to fear.

“It’s a home tie and a chance to go out and put on a performance that our fans will be proud of. The pitch is fantastic and hopefully that can lead to some good football too.”

The Jags number 10 made his first start on Friday night and impressed for the first hour before being replaced. He was happy with his performance but feels he won’t be at his complete best until his match sharpness is built back up.

“I was pleased with how I played, obviously fitness wise I wasn’t quite at 100% of where I can be, it was my first start so I was never going to last the 90 minutes, but to get a good hour under my belt is a big step towards getting me to my sharpest and where I want to be. I can now try and build on that match sharpness over the next couple of games.

“It’s a catch 22 really, you can train all you want but nothing prepares you for the games and the only way to improve that sharpness and match fitness is by playing games. I just need to try and keep that shirt now and make sure I perform well enough to stay in the team and show everyone what I’m about.”

After arriving during the summer the Englishman is happy with life in Glasgow so far.

“I’m enjoying my time so far, I’ve settled in really well. All the lads have been fantastic with me and the club is great. Everything is really professional which is refreshing and everything is in place for us to go out and have a good season, it’s just up to us as players to do that now.”

More exclusive preview interviews with Raffa De Vita, Ryan Williamson and Jags assistant manager, Brian Kerr, will all be available to Jagzone subscribers this afternoon – log in to see them.

Can’t make it to the Energy Check Stadium at Firhill? JagzoneLIVE will bring you all 90 minutes live through our audio commentary service, the show begins at 2:45pm on Saturday so join us from then.