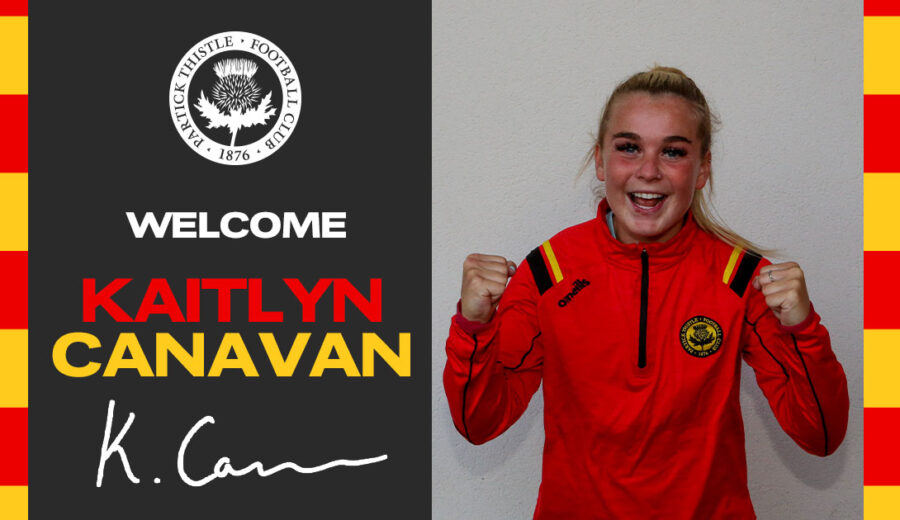 Partick Thistle Women’s FC is thrilled to announce that attacker Kaitlyn Canavan has agreed a deal to join the club for the 2022/23 season. 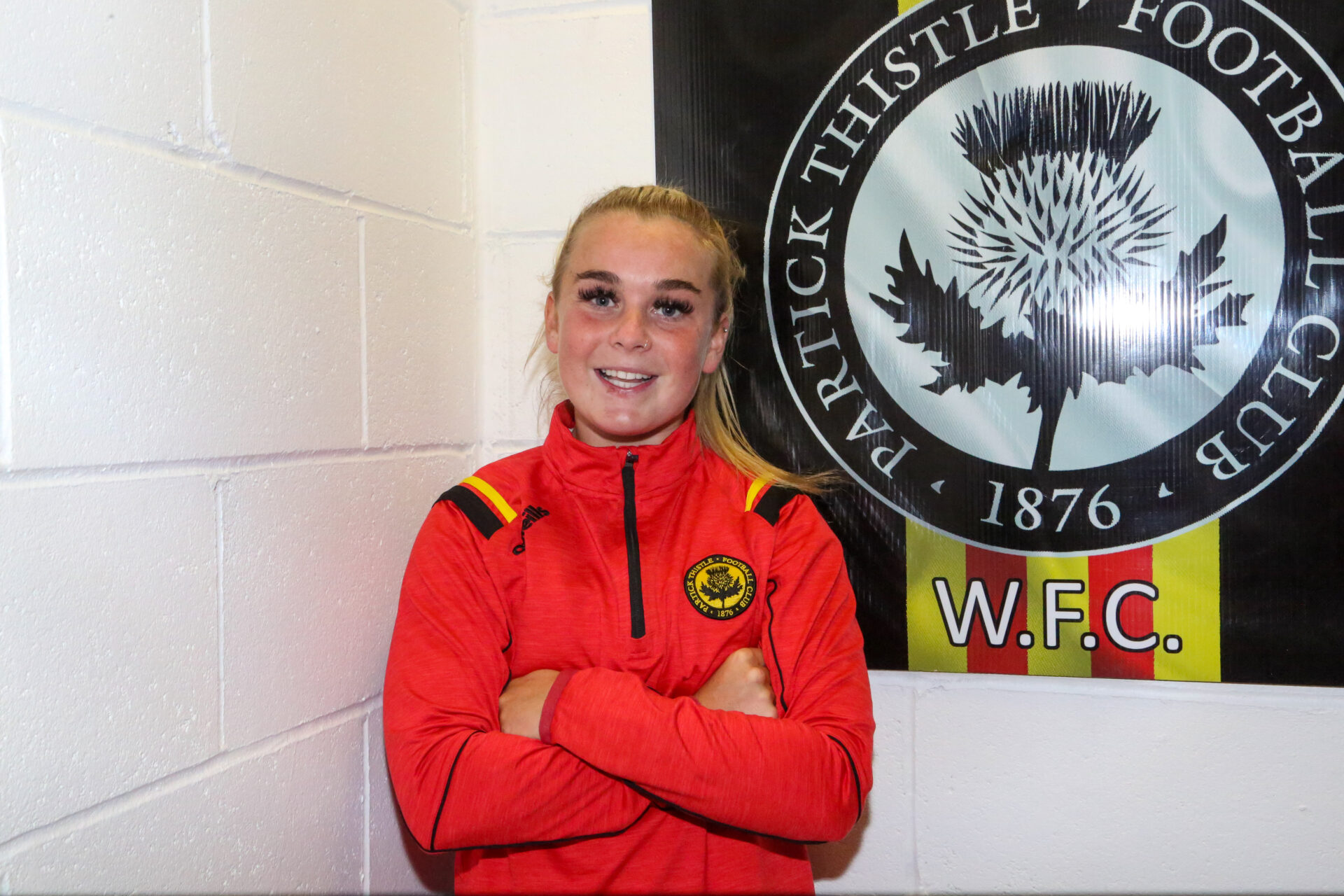 The 21-year-old joins us from Glasgow Women where she played a key role last season as they won promotion to SWPL 1.

The direct forward was among the goals regularly for Craig Joyce’s side last term including the opening goal from the penalty spot in their promotion decider against Boroughmuir Thistle on the final day of the season.

A youth internationalist for Northern Ireland, Canavan has also played with Motherwell and Celtic in her career so far but now becomes a Partick Thistle player on 1st July as the build-up to our second SWPL 1 season continues.

PTWFC manager Brian Graham said:“I’m really pleased to get Kaitlyn in for next season. We’ve had our eye on her for a while so it’s great to get her to the club.

She is a pacy striker which is something we lacked at times last season so she adds something different to the team and will certainly cause defences problems.

“She can play out wide too, but I see her as a striker and from speaking to her I know she’s keen to learn and will work hard with what myself and coaching staff are teaching her” 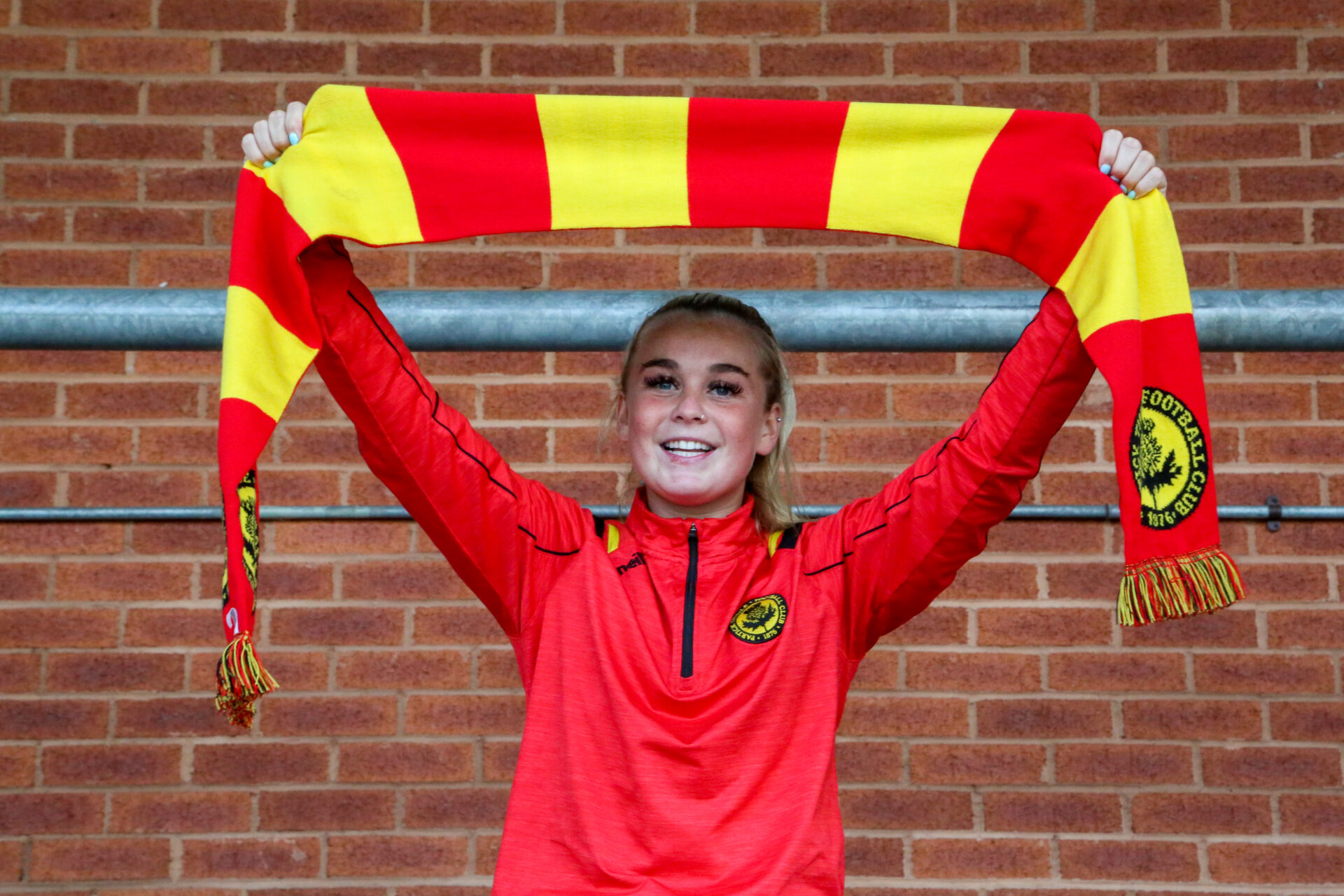 Kaitlyn Canavan said: “I’m chuffed to bits to sign. I’m really pleased to be a Partick Thistle player, it’s a new challenge but one I’m really looking forward to.

“I can’t wait to get in for pre-season and start to learn from the coaches. I’ve heard a lot about Brian’s coaching and feel it is going to suit me and help bring on my game.

I feel like I’m taking a step up and joining a club who have big ambitions but it’s a step I’m ready to take and one that’s perfect for me.