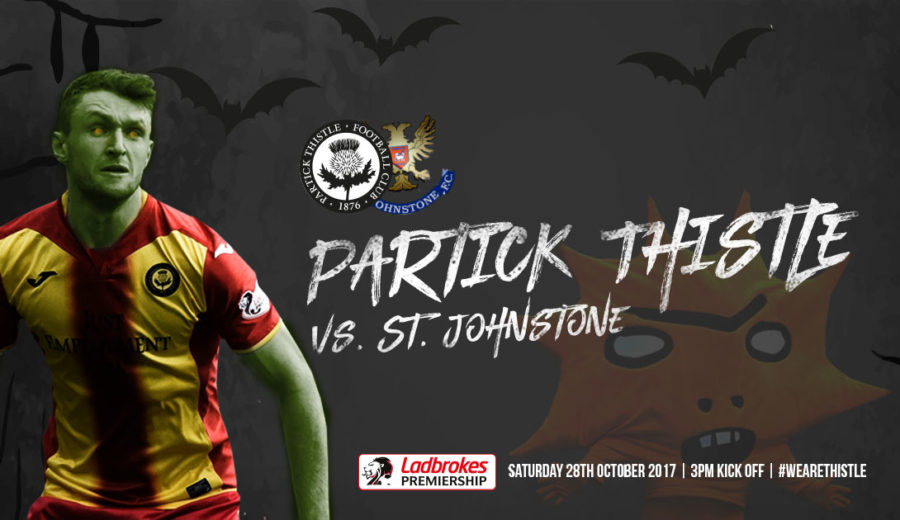 The first win of the season last weekend against Dundee was followed in midweek by the first clean sheet of the season and Niall Keown is hoping to build further with a win over St Johnstone.

Speaking to ptfc.co.uk he said: “We are looking forward to it. We want to try and build on what we have done in the last couple of games and start to build up a bit of momentum.

“Looking back at Tuesday, it probably wasn’t the most enjoyable game to watch, but we’ve managed to keep the clean sheet, our first of the season. That is a major positive. Obviously that coming after the win against Dundee we are looking forward to going out and trying to put some more points on the board on Saturday.”

Niall was happy to finally keep the clean sheet and knows it’s been a long time coming.

“As a team and especially a defence we’ve been working hard to try get clean sheets, we haven’t managed that so far so it was good to achieve that finally.

“The character we showed against Dundee to get the win has given us confidence. I think there might have been pressure starting to show as we had to managed to get that so we can now look forward to trying to build and get our season kickstarted.

“That’s a couple of negative records gone now off the back with the first win and then first clean sheet. So now we don’t have those things at the back of the mind or people mentioning them. It’s time now to try and build and try and move up the table.”

After the match on Saturday there are only two games in November before a packed December schedule, Keown knows how important it is to get wins under the belt before them

“There aren’t too many games in November so we have to take the opportunity from the games we have to get some points and that begins on Saturday.”

With so many injuries in defence there has been a number of personnel changes and while the emergence of Stevie Lawless at left wing back has taken Niall by surprise he admits it’s about defending as a team,

“Stevie Lawless came in at left wing back the last couple of games and I thought he has done extremely well. I was surprised how well he coped in there and he gives us a great outlet in there as well.

“I think the match against Hamilton will benefit us in the long run, we had to work hard and kept the shape and didn’t concede.

“We fought as a team and while we were disappointed not to win, we maybe had the better chances and should have won but I think we will gain a lot from the game in terms of spirit fight and defending. “

“It’s always a close game against St Johnstone, we beat them earlier in the season then they closely beat us in the league. They are a tough side to play again, they are like Hamilton in a lot of ways.

More exclusive preview interviews with new signing Martin Woods, Paul McGinn and Jags gaffer, Alan Archibald are now available to Jagzone subscribers – log in now to see them. Jagzone members will also be able to watch highlights of the game from midnight.