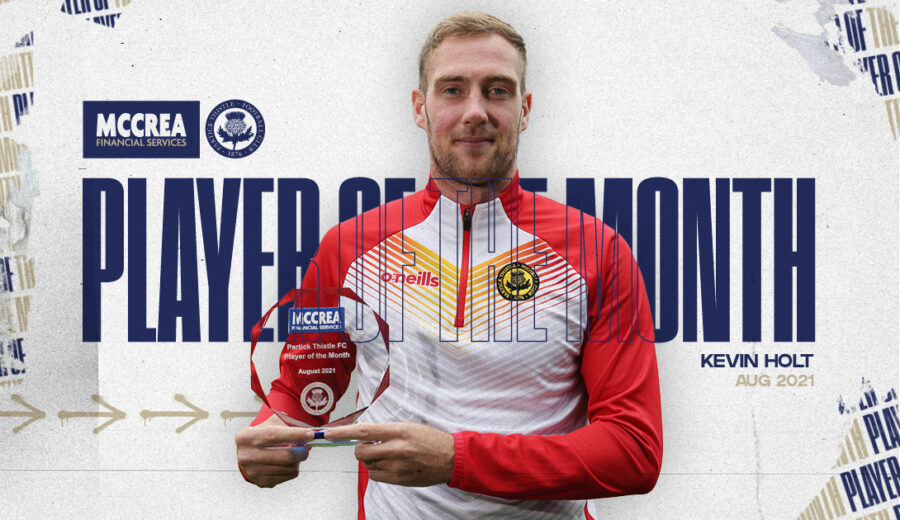 Kevin Holt is your McCrea Financial Services Player of the Month for August, seeing off team-mates Stuart Bannigan, Brian Graham and Kyle Turner to lift the first monthly award of the season. 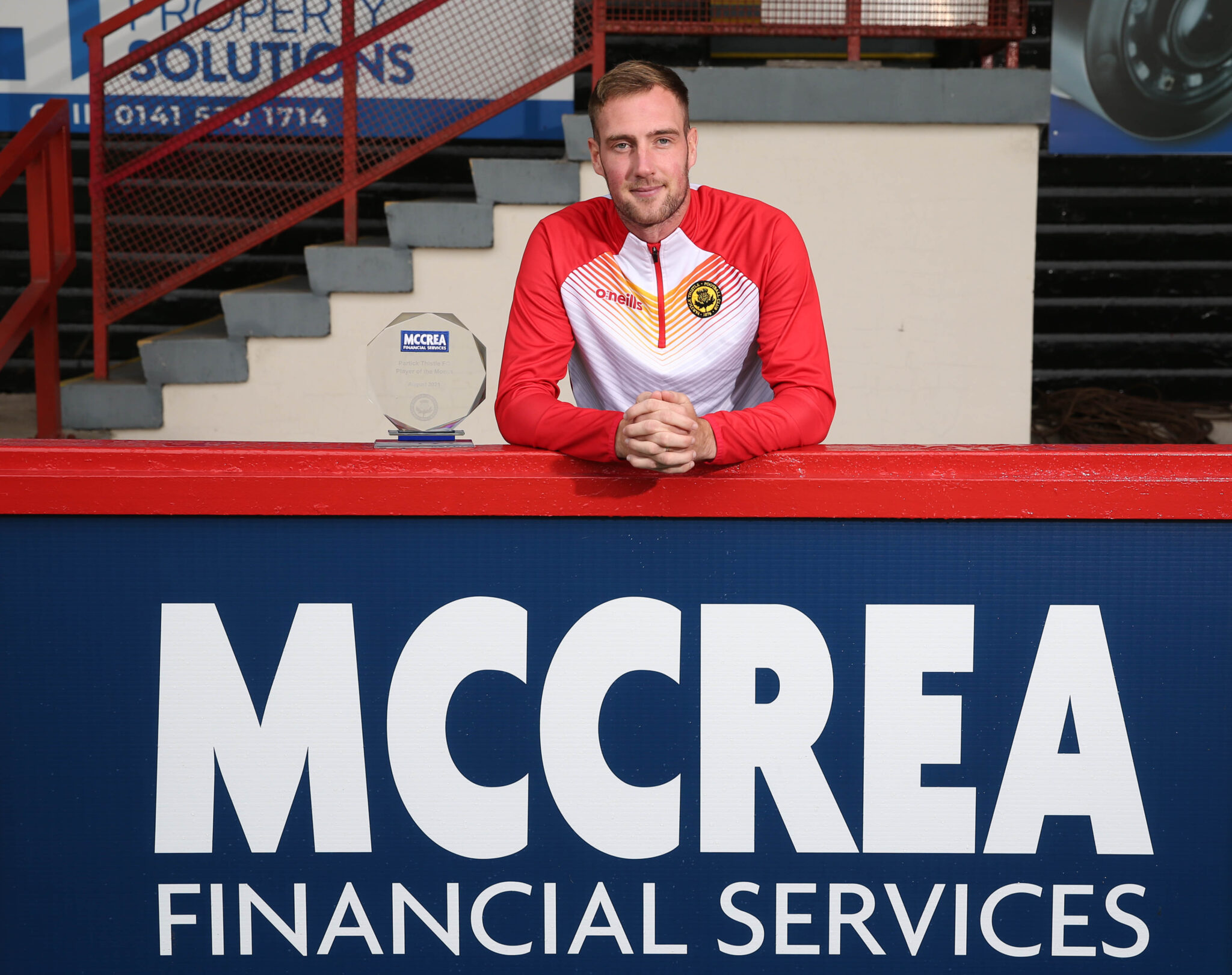 Holt was one of just four Jags – alongside Bannigan, Turner and Richard Foster – to play all 270 league minutes in August and was rewarded for his efforts at both ends of the pitch.

The 28-year-old defender started the month with a clean sheet and goal at East End Park, nodding in the second midway through the first half of a dominant Jags performance en route to a 3-0 win. Following a disappointing team display in Arbroath, Kevin was again indestructible back at Firhill against Morton, opening the scoring with a precise header to pave the way for another comfortable 3-0 success.

Upon receiving the award, Kevin said:

“I didn’t expect to win the award to be honest, a lot of the boys have been playing really well since I came in. I’m delighted just to have been nominated never mind winning it – apart from the Arbroath game it couldn’t have been a better start for me.

“It means a lot that it’s an award voted for by the fans, similar to any award decided by the players. The fans come and watch you every week, so for them to vote for me is encouraging and definitely gives me a boost.”