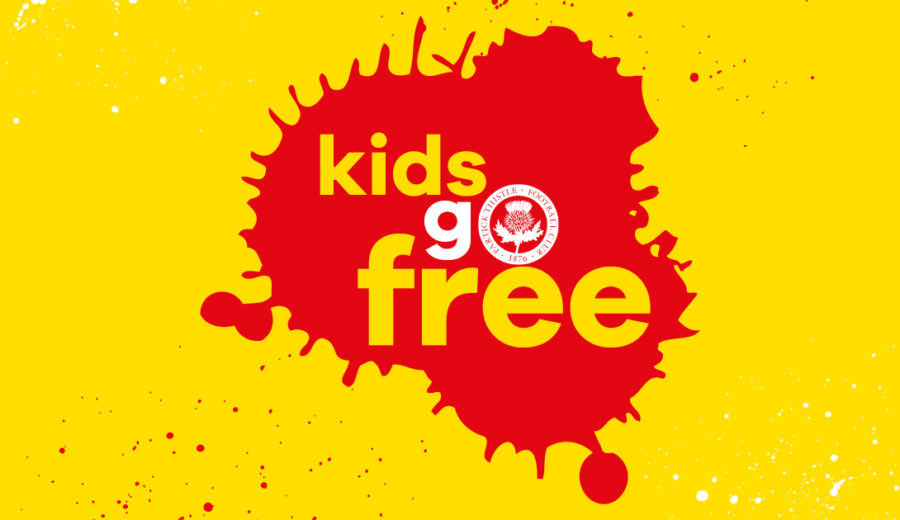 Since 2008, Partick Thistle has been committed to making football as affordable as possible for families through its Kids Go Free initiative.

Supporters under the age of 16 will continue to get free access to Ladbrokes Championship matches for the 2019/20 season, but they will require to be signed up for a free U16 season ticket to do so. There will be provision to sign up for a free season ticket before all matches at the Energy Check stadium at Firhill, but supporters will no longer be able to pick up a one-off free ticket ahead of kick off.

The U16 season ticket remains completely free in the family section with the standard £25 booking fee applicable for seats outside that section. Alternatively, young supporters will automatically receive a free season ticket when signing up for a Junior Jags package.

“The Board of Directors and I remain committed to allowing under 16s to watch football for free at The Energy Check Stadium at Firhill. This won’t change that. But we have reached the point where we do need to be able to keep track of those young fans who are in the stadium on a match day. Having our young supporters sign up for a free season ticket is the easiest way to do that.

The Board of Directors and I remain committed to allowing under 16s to watch football for free at The Energy Check Stadium at Firhill. This won’t change that.

“We also currently have no reliable record of how many under 16s regularly use the scheme, or who those supporters are. This makes it very difficult for the Club to communicate with them and almost impossible to get any feedback. This change to the scheme should help improve what we are able to offer our young supporters and will certainly help us engage more effectively with them in the long run.”

Under 16 tickets will be available for £5 to anyone not wishing to sign up for a free season ticket.