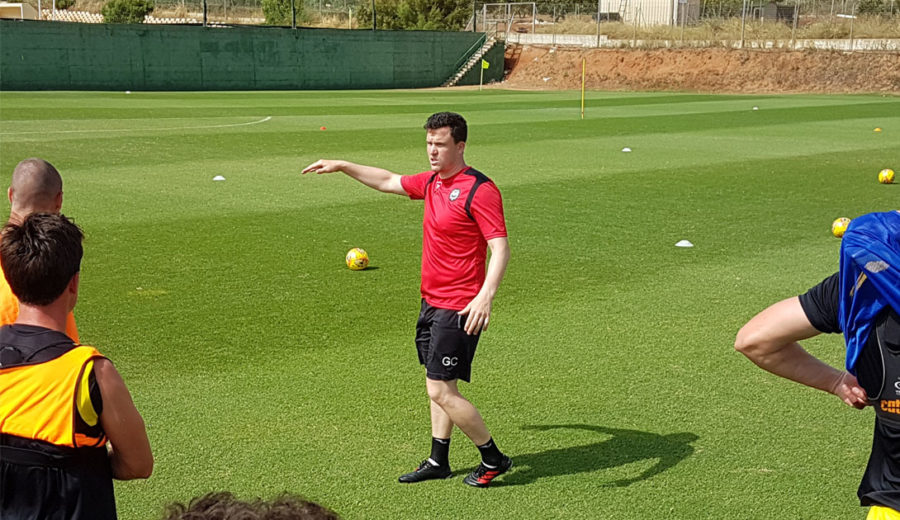 Earlier this year, the Partick Thistle squad took advantage of the chance to go to Tenerife for some warm weather training and the trip proved a great help with Thistle losing just once in the seven games that were left after their return. This week they’re in Spain again at the La Manga Club sports resort as the team continue pre-season preparations with the Betfred Cup group stages less than three weeks away.

We caught up with Jags boss, Gary Caldwell, as he spoke exclusively to ptfc.co.uk about the squad’s progress on the continent.

“A large part of this is obviously about continuing the work we started back in Scotland in terms of getting the players ready physically for the new season. We want to be increasing the fitness levels right through our pre-season but there is more to it than that.

“I’ve spoken before about how important being together can be. That was one of the big things from the Tenerife trip; everyone getting to know each other better, being around each other 24/7. There have been new faces this summer in the team and the backroom staff and this time away will help everyone gel as a group.”

After that overview of the aims of the Spain trip, Gary gave us a broader summary of how he’s structured the 2019/20 pre-season.

“First of all, we’ve been building them up. You have to be careful with the load management because, although the players have looked after themselves brilliantly in fairness, it’s tough to just go straight back into full training from a few weeks off.

“As we get closer to the Betfred Cup games starting, we’re looking to bring in more game-like scenarios to try to get a bit of that competitive edge back.”

There are a few trialists working with the squad in La Manga and with that there is an opportunity for the management team to get to know those players better and decide whether they are a good fit for Partick Thistle.

“We are able to get to know these guys very well in a short space of time because we’re spending so much time together which is great. Having them here gives us the chance to see more of them as footballers but also find out more about them as people too which is extremely important to us.”

Gary may have flown out on Monday but that didn’t mean transfer business was on hold as Kenny Miller penned a one-year deal on Wednesday. Caldwell was delighted to be able to sign the former Scotland international.

“Kenny’s someone I know very well having played with him for Celtic and Scotland, at under 21 and senior level. He is a player I have great admiration for and has had an incredible career as a striker scoring at plenty of different clubs and at high levels.

“We were delighted to bring in someone of his quality, first and foremost, but his experience and the standards that he sets will be great assets too. We weren’t the only Club after him either so I’m delighted that he’s chosen to come to Thistle.”

Miller is 39 years old and has now been playing for more than 20 years but the gaffer says the forward’s age doesn’t concern him.

“He’s a player who still has great hunger. As I’ve said, I know him well and I know how keen he is to come here and be successful. Fitness wise, I don’t have any concerns. We will have to manage him but that is only so that we get the maximum possible output from him in terms of minutes on the pitch and goals.”