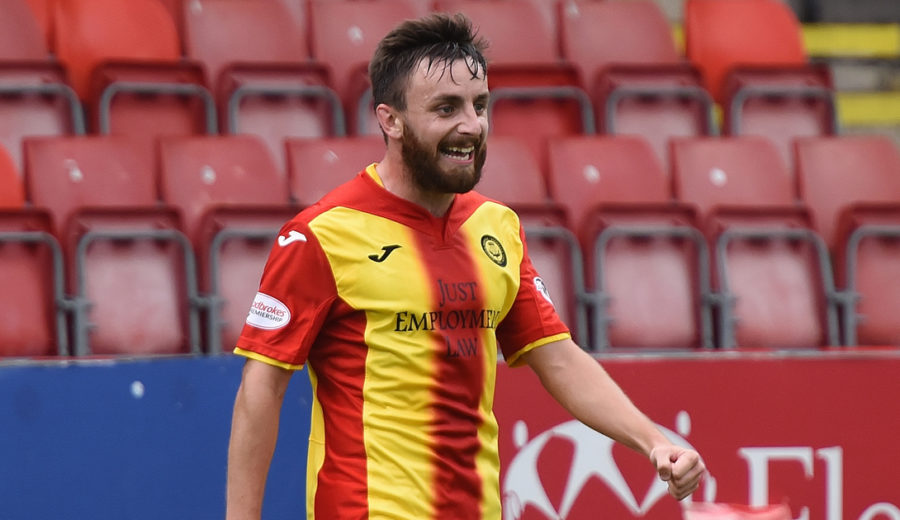 Steven Lawless opened his goal scoring account for the season with a double in a demolition of St Mirren at Firhill.

The Firhill fans were treated to an excellent display and Lawless was delighted when he spoke to ptfc.co.uk after the game.

“We knew we had to put a performance after the Livingston game. We started that well but then slipped off it. It was important we put that right today and we did.

“It puts us in a much better place after last week. We knew if we won the three games it would give us a good chance of qualifying. However, we knew we had to concentrate on today and we managed to go out and win in style.”

The Thistle number eleven admitted the result was more important than the performance but was pleased to put on a stunning display.

“We knew we had to win the game. We weren’t bothered about the performance as long as we got the result but we managed to get both.

“We really clicked, especially up top. The movement from the boys was excellent and hopefully that’s a sign of things.”

Kris Doolan opened the scoring before Lawless grabbed two with Blair Spittal scoring his first two goals in Thistle colours. Lawless sees it as a major positive for the season ahead.

“That’s four different scorers already in two games so that can only be a good thing going forward for the rest of the season.

“I only got four goals last season so it was great to get two already this season. I couldn’t have asked for better assists they were perfect for me and I’ve managed to finish them which will be great for confidence.”

With time running out Thistle were awarded a free kick at the edge of the area while Stevie was hoping to take it to try get his hat tricks he knew he wasn’t getting near the ball.

“At the free kick at the end I was asking him to take it but I couldn’t really argue. He’d already put one in the stanchion. I’m not going to kid myself, he’s the free kick taker so he got to try for his hat trick.”

Next up is a trip to Airdrie on Tuesday night and Lawless is hoping to continue the form into that match.

“We know Airdrie will be another tough test, especially on astro. However we train in it sometimes so we can’t use that as an excuse. We have to go out and make sure we carry this performance into that.”

More reaction from Callum Booth and Blair Spittal as well as Jags gaffer Alan Archibald is available now to Jagzone subscribers. Log in now to see it.

Steven has committed, will you join him? 2017/18 season tickets remain on sale.