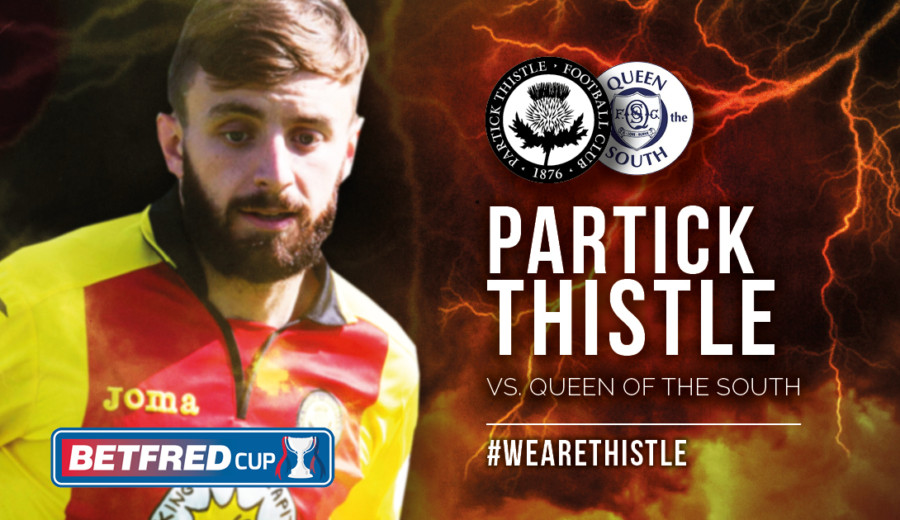 Thistle manager Alan Archibald has had a number of injury concerns throughout pre-season as he has prepared his side for the tough season that lies ahead. Steven Lawless, however, has had as close to an injury free pre-season to date and ptfc.co.uk caught up with him to ask how his pre-season had been.

It’s went ok. Obviously during pre-season you get your niggles throughout it but I’ve been lucky in that I’ve nothing major that I’ve had to miss any sessions with. It’s been good from that aspect.

Thistle take on the team who top Group E, Queen of the South at Firhill on Saturday and Steven knows the side face a tough game.

“Queens have started well and won their first two games. We know where we are and that it’s an important game. I was kidding on to the boys that the game on Saturday was a must win which I find funny because you don’t really get them this early on in the season. With the new Betfred Cup group stages it makes the games a bit more competitive which is good from a players point of view. You would rather go straight into competitive action than playing a lot of friendlies.

“I think if you play as many competitive games as you can, you’ll get sharper quicker. It’ll make the games a bit better for the fans as well. It take away time from the holiday but you don’t have as long a pre-season which I think is a great thing!”

With the bulk of Thistle’s squad from last season signed up Steven is impressed with his new teammates and is hoping for a successful season.

We’ve kept a lot of players and improved in our squad. We’ve got a bit of depth in the squad now, which we’ll need considering we have a number of injuries already.

“We don’t obviously speak about cup runs too early. We’ve only had one run since I’ve been here, when we reached the Challenge Cup. We always seem to get hard ties every season so you need a bit of luck to get far in the cups and hopefully we’ll get that this year.”

Steven netted a number of spectacular strikes last season and with the Jags attacker approaching 75 competitive games without a strike from inside the box, we asked if he preferred scoring screamers over tap ins.

“I had a couple of good strikes last season but I’d rather have more efforts from close range than the spectacular goals. I don’t do enough to get into those positions and it’ll be something I’ll be working on over the course of the season.”