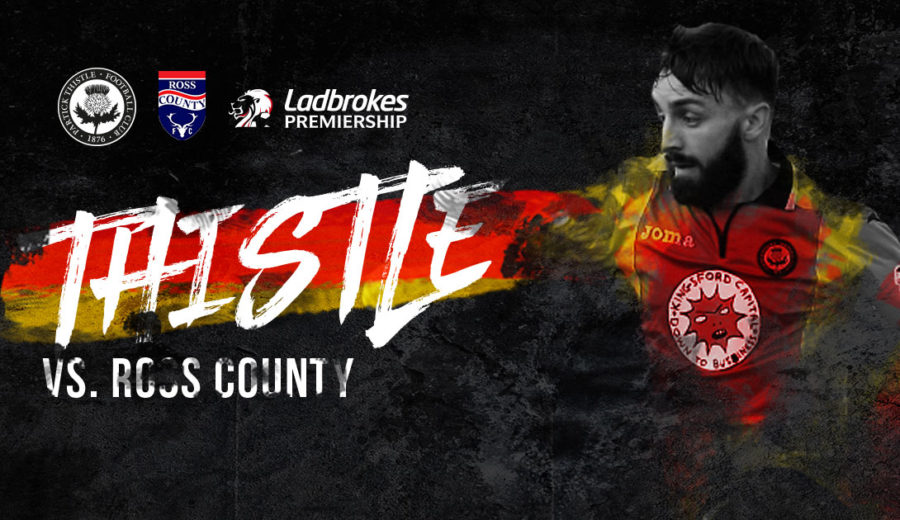 Lawless: This game could make or break our season

Steven Lawless was just 21 when he first signed for Partick Thistle and a lot has changed in that time. With the Jags currently in pole position to grab the final top six place the diminutive winger spoke to ptfc.co.uk ahead of Saturday’s clash with Ross County and started by explaining just how big this game could be.

“It could make or break where we finish. If we win I think we’ll be out of Ross County’s reach in terms of the top six but that makes it massive for them as well as a win would keep them in the hunt and open up the pack a bit too. We have the advantage of being at home though and we need to make the most out of that and that’s the most important thing.”

Although Thistle currently occupy the sixth spot Lawless knows that one slip up could allow the Maryhill club’s rivals to quickly usurp that position.

“It’s been so tight all season but we’ve managed to go on a decent run and that is what has put us in prime position for sixth spot. If we keep up our form going into these last four games I’m sure that is where we will finish. It is so tight though and everyone can beat everyone so we just need to make sure we are on our game.”

Thistle are now six league games unbeaten and, although a team on a good run of form often don’t want an international break to disrupt that momentum, Lawless is quite clear that the break came at the right time for the men in red and yellow.

“I think that was a case for a few of the guys. Obviously I was carrying a knock but so were Abdul and Boothy as well as a couple of others so I think a few of the boys have appreciated that extra wee break for the international weekend and hopefully that will stand us in good stead for this final run of pre-split games.

“Our squad depth is a huge positive for us now and having options in all areas of the pitch is so valuable, especially at this time of the season. We’re basically down to four games now that will decide where we finish in the league. We’ll need the full squad and hopefully that counts to our benefit.”

Looking back to when he first joined Thistle in May 2012 Stevie is clear that the club has made massive progress in that time.

“As a club we have made huge strides both on and off the pitch since I first joined and even since we first came up. The club is a lot more professional now but obviously that comes from having the funds and the stability of being in the Premiership so we just try to build on that every year.

“The building has come both on and off the pitch. We have built in terms of our performances and achievements but also in terms of the squad the gaffer has brought together. I don’t think we have ever had as diverse a side as we do this season, we have players who can do everything in every area.

“The natural payoff for all that development and growth is a top six finish and that’s the progression we want to show this season. I would love to make a cup final too and I can only hope that achieving top six this year will see us move in that direction. It’s all about progression and I think we’ve managed to do that every season. Everyone in that dressing room will be doing their best to make sure that continues and it all starts on Saturday against County at Firhill.”

More exclusive preview interviews, with Jags players Callum Booth and Niall Keown as well as Thistle gaffer, Alan Archibald are available to Jagzone subscribers. Log in now to see them.