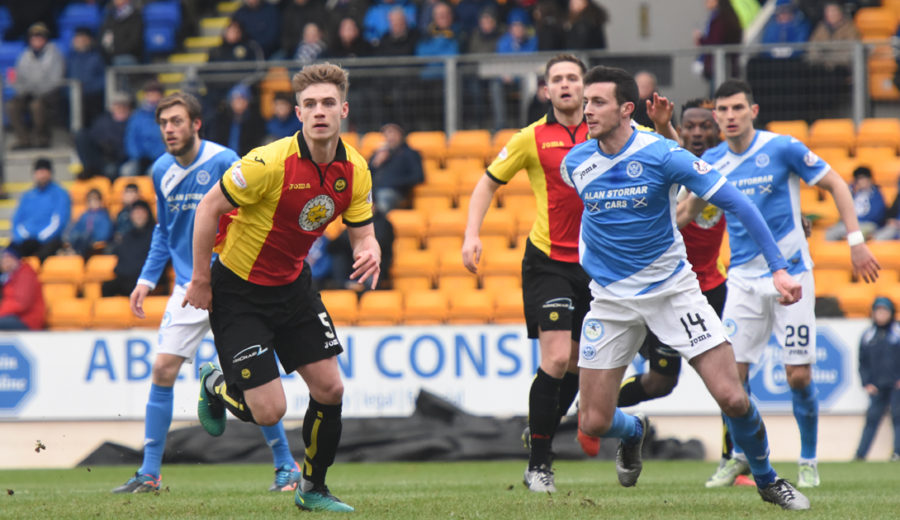 Lindsay: Delighted to be in the next round

It may have been nine years since Thistle last made the quarter final of the Scottish Cup but a very accomplished display against St Johnstone at McDiarmid Park on Saturday ensured that particular unwanted record is now broken.

Jags boss, Alan Archibald, had his life made particularly difficult by the fact he had no fit full backs and was forced to play Sean Welsh and Ryan Edwards very much out of their comfort zones in the wing back areas. The three centre backs held strong though and saw out a 1-0 victory. Liam Lindsay played a key role in the back line and he took the time to speak exclusively to ptfc.co.uk after the match.

Liam said, “It’s a really satisfying win today, especially given the nature of the defeat in the league a fortnight ago. It’s always a worry when you have so many injuries in the same kind of area but I thought the lads did really well today – especially those who were playing out of position.

“There were periods of the game where they had more of the ball but for all their possession they never really challenged Tam in goals. We were solid and never really gave them any chances. It was a tough shift but it’s great to be into the hat for the next round.”

It’s fair to say Thistle have struggled for goals in recent weeks and the visitors once again came up against a keeper in supreme form, Alexander Clark – the same form that saw him pull off a couple of wonder saves at Firhill the last time the two sides met. Having seen the Saints custodian keep his side in it Lindsay did confess to being fearful he would soon be experiencing a case of déjà vu.

“Their keeper has pulled off a couple of blinders again today and there was a spell where I thought it might come back to bite us again. When I saw Barton step up and bury his shot it as certainly a relief. Once we got that first goal we never really looked like we would lose it.

“There were maybe a couple of nervy moments in the second half but that’s always going to be the case – especially in the cup. The important thing is that we all did our jobs and in reality we limited them to a handful of speculative efforts at best. As I say, it was a pleasing day at the office.”

Having safely secured a quarter final berth the dressing room chat quickly turned towards potential opponents in the next round. Despite the chit chat it isn’t something the Jags’ 6’ 4” centre half is too worried about.

“It’s always a gamble obviously and knowing our luck we’ll probably end up with Celtic or Aberdeen! It’s one of those things that is out of your hands though and we just need to take it one game at a time. It would be great to get a home draw first and foremost and if we get a good tie then who knows.

“Our focus turns to the league now though and hopefully we can take a bit of momentum from today into next week’s clash with Hamilton.”

There is video reaction with Sean Welsh and Steven Lawless available to Jagzone subscribers. Log in now to see it now.. Jagzone members can also enjoy highlights of the game as well as a full match replay.

Article Copyright © 2017. Permission to use quotations from this article online is only granted subject to appropriate source credit and hyperlink to www.ptfc.co.uk