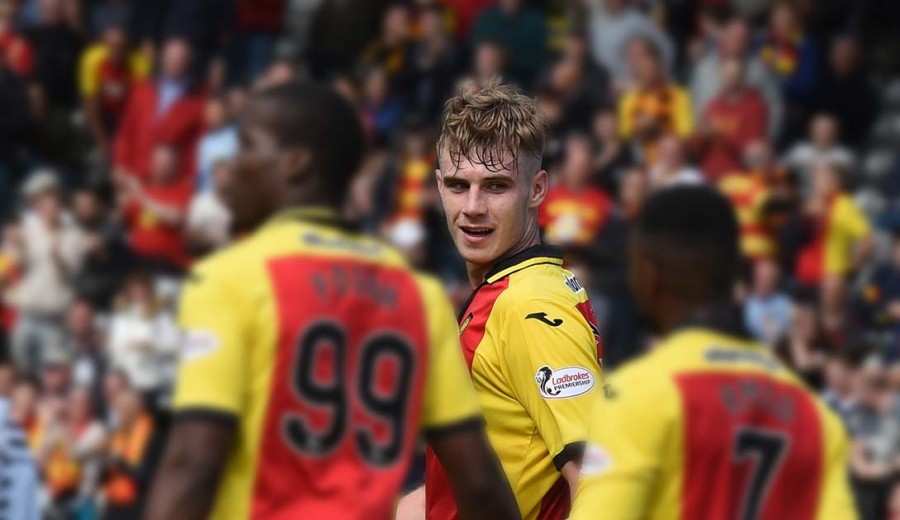 Liam Lindsay was delighted to progress to the next round of the BetFred Cup as seeds after the 2-0 win over Queens Park saw The Jags win Group E on maximum points. Lindsay, who has lined up in all four games, is happy with how the group as a whole has went.

Speaking to ptfc.co.uk after the latest victory he said: “It’s great to get the four wins. We’ve got the maximum twelve points and it sees us safely through to the next round. That was the aim at the start, we knew it would be difficult but I thought we played well and put in some professional performances to get the wins required.

“Queen’s Park sat in today and made it hard for us but I thought we broke them down well and it may not have been pretty at times but we got the goals and got what we required.

“The gaffer had made it clear we wouldn’t sail through this group and we would have to make sure we were sharp throughout so we are delighted to get through how we did.”

Lindsay became the eighth different Thistle scorer in the competition so far when he bulleted home a Erskine corner in the second half and he was happy with his goal scoring contribution.

“I’m delighted to get the goal today, I thought Ade was about to take it off my head but luckily he hasn’t and I’ve rose well to score. It is always nervy at 1-0 so it was good to get that second goal and hopefully I can grab a couple this season.”

As well as helping out that one end, Lindsay also kept to his defensive role by keeping a clean sheet. His new partnership with Danny Devine is flourishing and he is happy with how things are going.

“It’s a new defence but that’s two clean sheets from the four and we’ve only conceded two so I’m pleased with that. You take a while to get to know how others play but we are doing that all the time and Ziggy has slotted in really well since Mustapha got injured.”

Next up for the first team is the first league game of the season, a Firhill clash against Inverness and Liam is looking forward to it.

“We are in a good run of form and that’s important heading into the Inverness game next week. They won well today but we know we are playing well and we have to worry about ourselves and go out and put in a performance.”