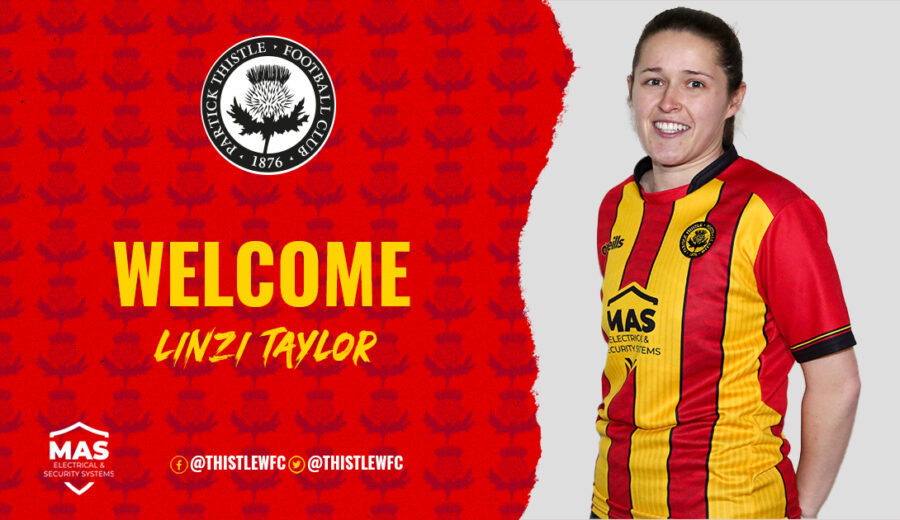 Partick Thistle Women’s FC is thrilled to announce the signing of Linzi Taylor, subject to international clearance, ahead of our return to action on Sunday.

The midfielder joins us after playing professionally in Iceland for Vikingur last season. Previously she had also spent time abroad playing in Israel and Cyprus.

Taylor spent four years in America on a football scholarship at the University of Tennessee Southern before returning to Scotland in 2017 to play for Kilmarnock for a short spell after graduating before heading on her travels again.

After putting pen to paper Linzi said: “It’s great to finally get things signed. I’ve been playing abroad for most of my career and really enjoyed it, but I wanted to come home and settle back in Scotland. I’ve seen what Thistle have been doing and feel this is the perfect place for me to come settle and play football”

PTWFC manager Brian Graham said: “We’re delighted to get a player of Linzi’s quality to the club. She’s been in training with us for a few weeks while we waited for the window to open and her quality has really shown. She had a number of other offers after returning to Scotland but has chosen to come here which is testament to what we are building at the club”