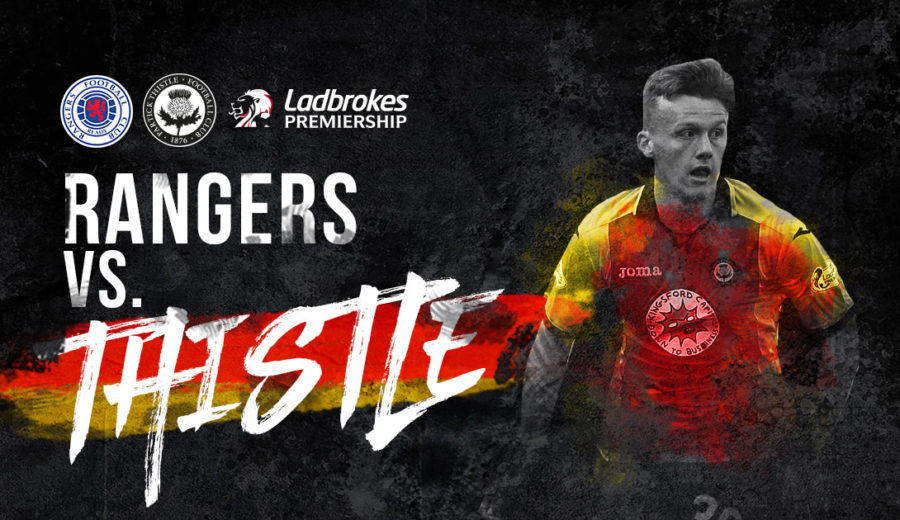 Andrew McCarthy has had a fantastic season personally, the young midfielder made his Thistle debut as a substitute against Formartine United in January and has been involved in the first team matchday squad ever since, resulting in a first start, away at Celtic Park in an impressive 1-1 draw earlier this month.

McCarthy spoke to ptfc.co.uk before the match against Rangers and admits it’s been a dream season for him personally

He said: “It’s been a great season for myself. I was out injured for a lot of last season; I was out for about six months which was a nightmare. I’ve come back this year and it’s been great for myself. I’ve been involved with the first team a lot and got to go away to La Manga with the squad. Then obviously being involved on the bench and starting at Celtic Park is just a dream come true. Now hopefully I can just continue and get some more game time before the end of the season and kick on from there.”

While it has been a dream season for McCarthy, it’s also been one for the club too, securing a top six place last weekend against Motherwell before announcing a new training complex which will benefit players like Andy for years to come.

He knows how big it is for everyone: “There has been a massive buzz about the place after securing the top six place last week. Then with the announcement of the new training facility during the week, it’s a great place to be just now and the guys are all flying and things keep getting better and better.

“The training facility will make a massive difference, especially to a young player like myself. At the moment you might be training somewhere and you have to finish to get your transport back to Firhill for lunch, but if you have your own place you can stay on after and work on things. You can improve as a player working on any weaknesses. It’s going to be a big thing for players.”

The Thistle number 30 is hoping securing that top six place will allow him more chances towards the end of the season.

“There is no pressure on us after getting that top six place but we always put pressure on ourselves to win the match and play well, no matter who we are playing. Finishing there will hopefully give myself and even some of the other development squad players the chance before the end of the season.”

Thistle have been defeated twice by their cross city rivals this season, including a heart breaking last minute defeat last time out at Firhill but with wins over Hearts and a draw at Celtic Park recently, McCarthy knows the squad can take confidence from that.

“Getting the draw at Celtic Park gives us a lot of confidence going into the game. We haven’t had a great record against the top sides this season but turned that round recently and we go feeling confident that we can win the match.

“Rangers scored twice in the last minutes at Firhill and it was one that hurt the boys, we obviously want to maybe get a little revenge and put things right after that result.”

Hearts lie three points ahead in fifth and while the next aim is catching them Andy knows they must concentrate one game at a time.

“We still want to catch Hearts, we aren’t far away from them but to do that we have to go and get something at Ibrox. We have to concentrate on one game at a time and make sure we go out at Ibrox and show why we finished in the top six.

“We now look ahead though and we want to go and perform and get a result at Ibrox.”

More exclusive preview interviews, with Adam Barton and Niall Keown as well as Thistle gaffer, Alan Archibald are available to Jagzone subscribers. Log in now to see them.

Not secured a ticket to Ibrox? Jagzone members will also be able to watch highlights of the game from midnight and will be able to listen to live audio commentary from Govan.