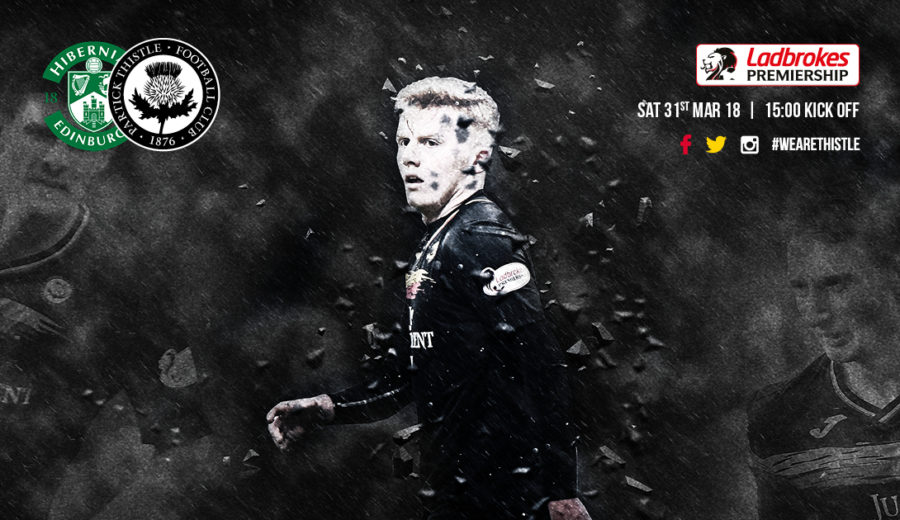 McCarthy: We believe in each other

Andy McCarthy has pinpointed belief and hard work as the key qualities Thistle must possess as they travel to Easter Road hoping to get three extremely valuable points.

After the disappointment of the performance and result last time out against Hearts, the players have been left with two weeks without a game to redeem themselves.

Now with another trip to the capital ahead of them, McCarthy knows the hard work has to show.

Speaking to ptfc.co.uk he said: “We are feeling positive. Despite the negative result last time against Hearts, we still believe.

“We have been working hard and working on where we went wrong in the last game. We’ve had two weeks since that last game, you can look at that in a negative and think about it but we have to be positive and use that to drive us on.

“We have used the time to work on things, to work hard and try and look at righting the wrongs from the previous game.”

The young midfielder knows the squad have to stick together and start doing their talking on the pitch.

“Despite everything we are a positive squad, we all believe in each other, and believe we can get ourselves out this situation.

“We need to start showing that on the pitch, we have to do our talking out there and remain positive until the end.”

McCarthy knows it’s important the team sticks together, he knows working together is the only way to get away from the play off spot.

“We all want the same things, we all want to do well, we want to win football games.

“You have to all lean on each other, we go out there and trust each other, we trust that everyone is going to work as hard as you will and be there for you.”

“We need to get results, we will take them anyway we can, you want to play well but I will sacrifice that to go away with three points.

“We know every game now is important, we can help ourselves by stringing some results together, we’ve not done that this season. It would be the best time to do it. Hopefully we can, we believe we can and that’s important.”

McCarthy performed well against Aberdeen but found himself on the bench against Hearts. He admits it was frustrating but he will always put the team first.

“I want to continue to try and play well but at the end of the day I want the team to win, that comes first. The team comes first, that is the way I will always be.

“I was frustrated to not start the Hearts game but that’s football. I came on at half time and gave it my all, it wasn’t the ideal circumstance but all I could do was go out and try my best.

“I’ll always go out and give everything, I’m that sort of player. I go out and try my hardest, that is the bare minimum we expect from each other, if you go out and give it your all hopefully it rubs off on others and it leads to a good team performance.”

The Thistle number 24 is now hoping for all three points on Saturday.

“We know Hibs will be tough but I think in this league anyone can beat anyone and hopefully we can prove that in Saturday, others might not believe in us, but we believe in ourselves.“

Can’t make it to the Easter Road? Jagzone members can listen to live audio commentary of the match. JagZoneLIVE begins at 2:30pm on Saturday.