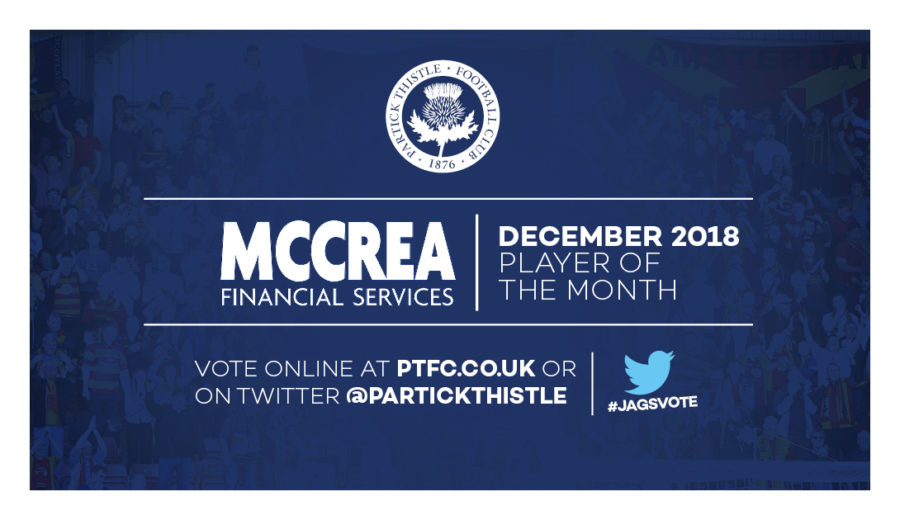 A busy December saw the new management team grab their first victory in the Jags dugout as Thistle secured a vital 2-0 win against Dunfermline Athletic. The Jags followed it up with another precious point against Alloa Athletic giving them a platform upon which to build going into the New Year.

As 2019 begins in earnest, it is once again time to vote for your McCrea Financial Services Player of the Month. So, without further ado, here is your December shortlist: 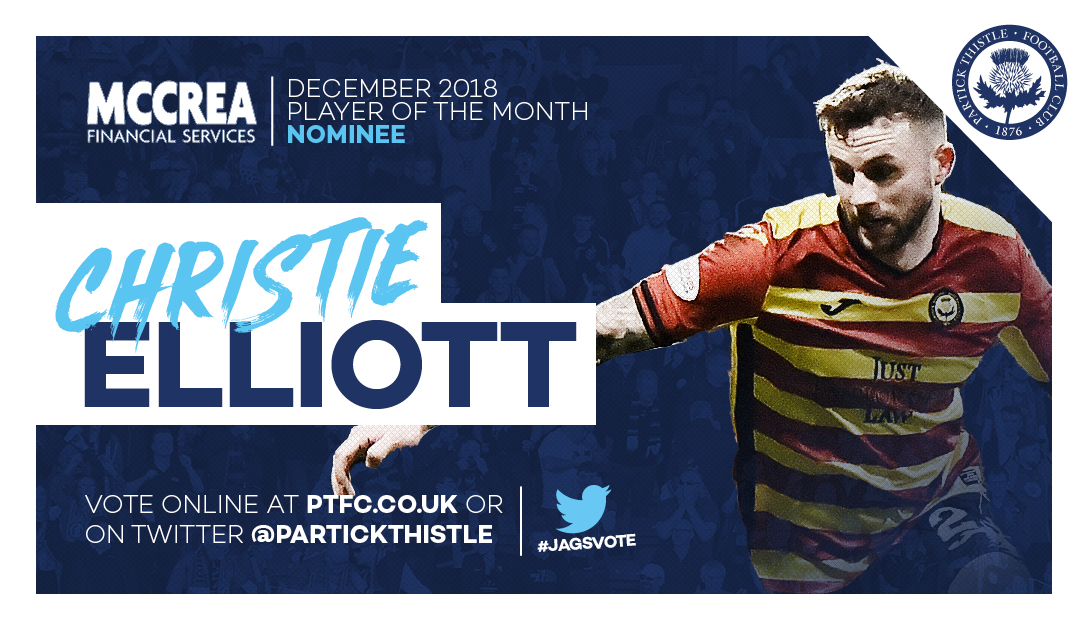 The flying right back has returned to his strongest form, putting a poor start well and truly behind him with a series of excellent performances during December. Playing as part of a back four, or as a wingback in a three at the back system, Christie has defended well while also supporting the attacking players in the side with tireless runs up and down the right hand channel. 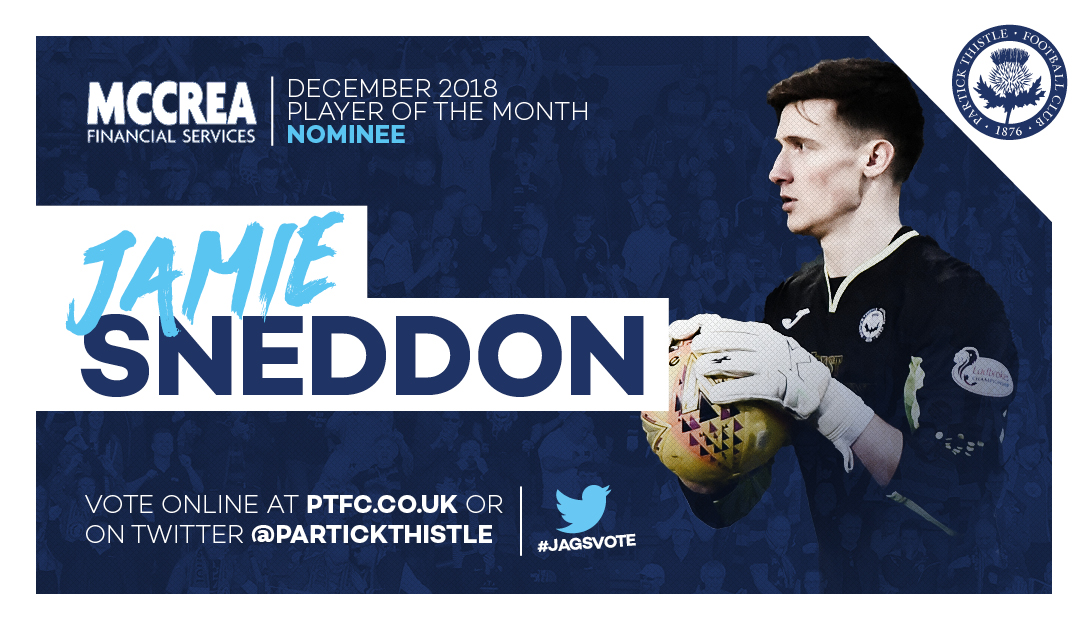 The youngster may have been flung in at the deep end when Cammy Bell went down injured during the warm up at Falkirk, but he has performed admirably between the sticks when called upon. Thistle’s victory against Dunfermline Athletic signalled the first Jags clean sheet since early September, with a fingertip Sneddon save just before half time proving ever so crucial at a vital time in the match.

Vote for Jamie at ptfc.co.uk 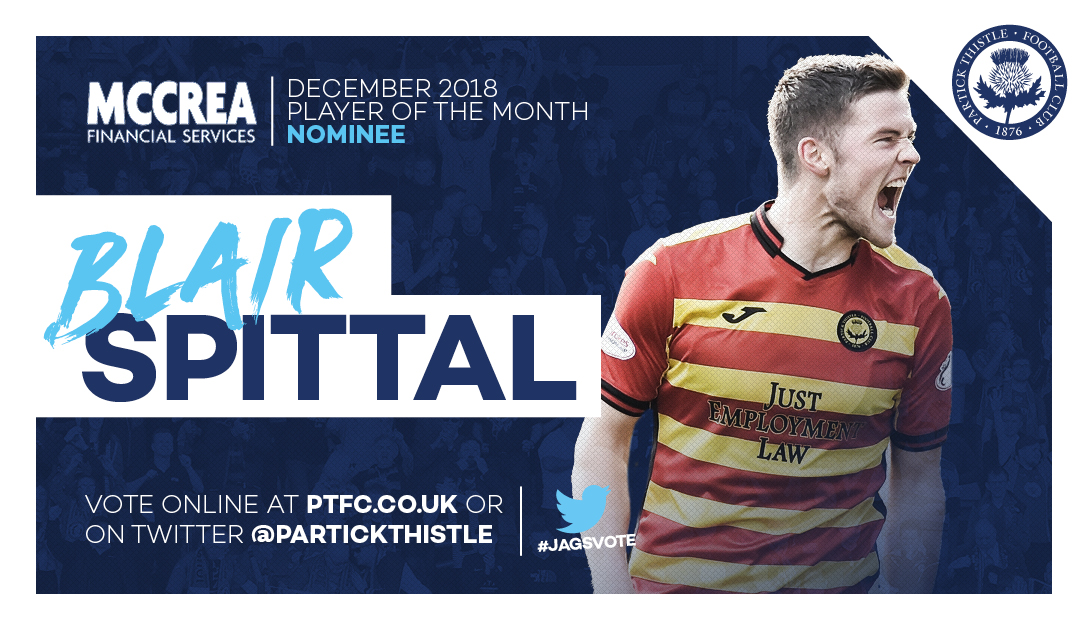 Since moving into a more central role in the side, Blair has been a revelation. He netted twice in December with two thunderous efforts from the edge of the box which both put his side into the lead. Having just turned 23, Blair celebrated his birthday month with a series of strong performances throughout December and has proved a crucial part right in the centre of the Jags engine room. 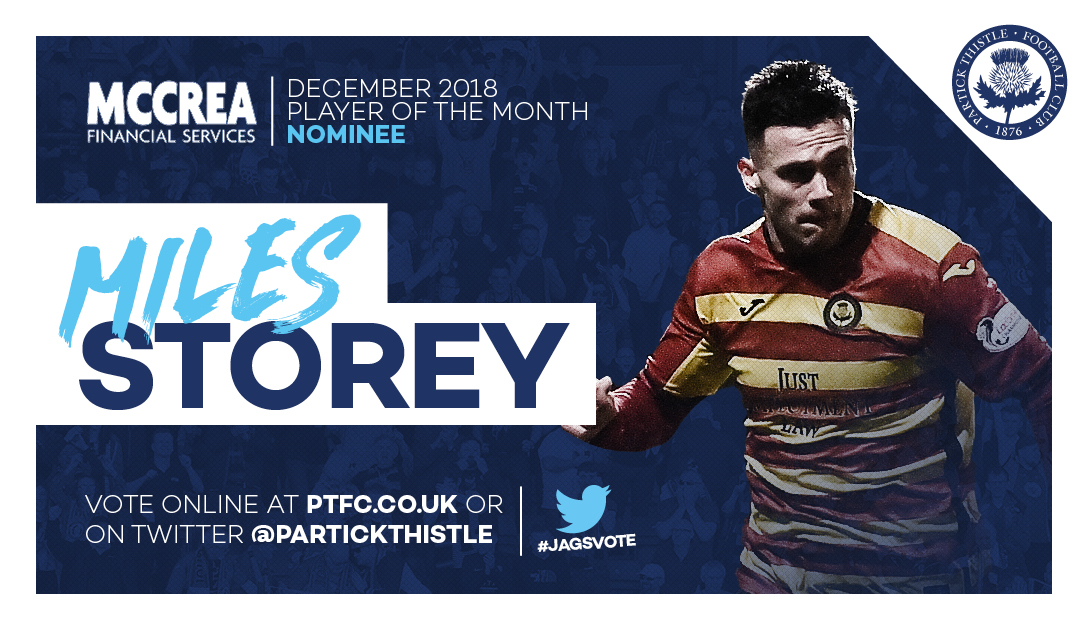 When Miles Storey gets into his stride, there are few that can live with him as has been proven by his performances during the later stages of 2018. His harrying runs and menacing work rate have contributed to a higher standard of performance since Gary Caldwell arrived at the Club. He got on the scoresheet with an audacious flicked goal against Dunfermline Athletic, a feat he nearly repeated in the final game of the year against Greenock Morton – only to be thwarted by the assistant referee’s flag.

So, there you have it, your McCrea Financial Services Player of the Month nominees for December. Now it’s over to you, so get voting and make sure your favourite gets to take the trophy home. Voting is open until 1pm on Friday,