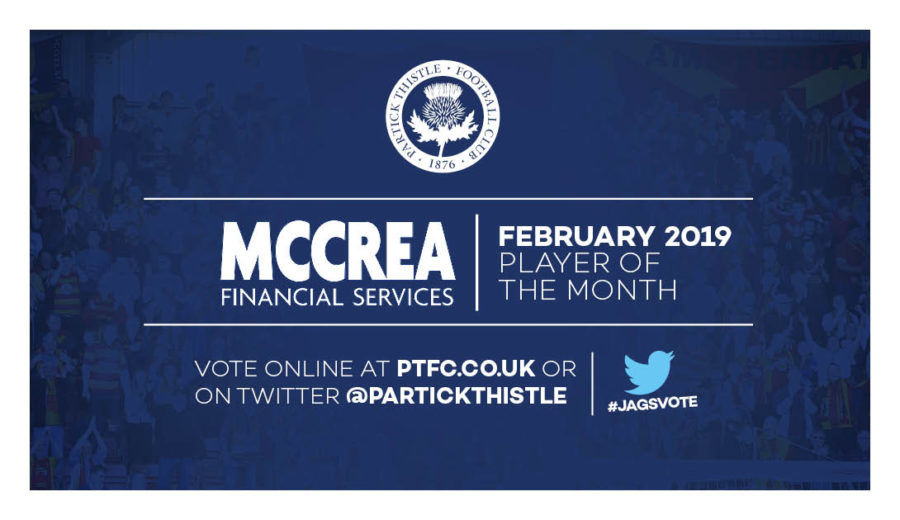 Thistle’s unbeaten start to 2019 continued into February with wins against Inverness, East Fife and Alloa. Despite a disappointing end to the month there were plenty of positives to take from February and plenty of excellent individual performances to look back on.

With so many new faces settling into the squad there was no shortage of nominees for this month’s McCrea award, so, without further ado, here is your February shortlist for the McCrea Financial Services Player of the Month: 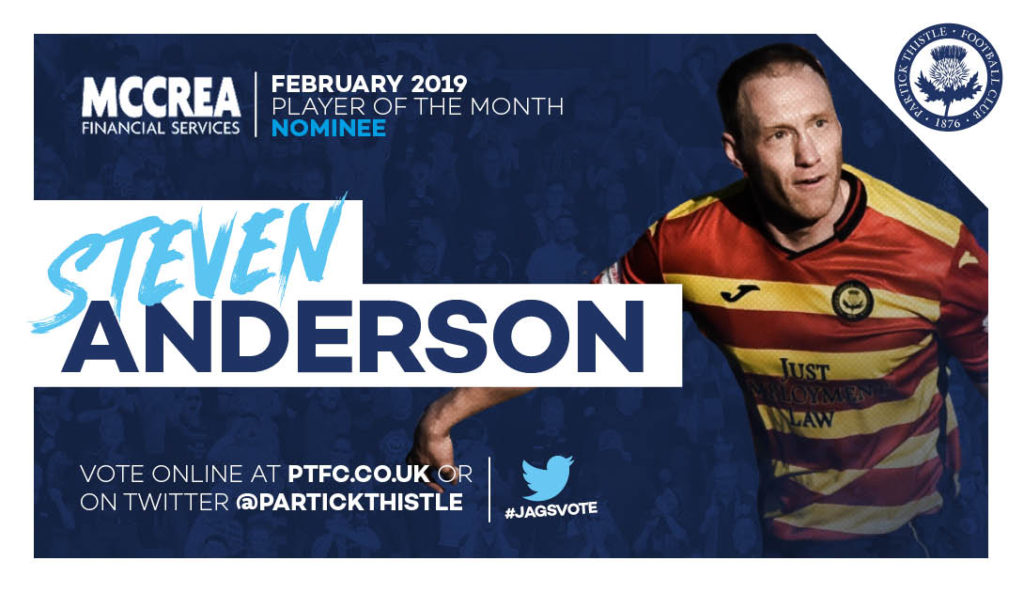 The final signing of the January transfer window for Thistle, Steven Anderson made his Jags debut in February’s first game at the Tulloch Caledonian Stadium. The veteran defender played just short of a full 90 minutes, scoring the opener on the day and helping the Maryhill men see the game out to claim all three points. Since that day, he’s played every minute, continuing to act as the experienced head at the back, while also providing a threat at the other end of the pitch from set pieces. 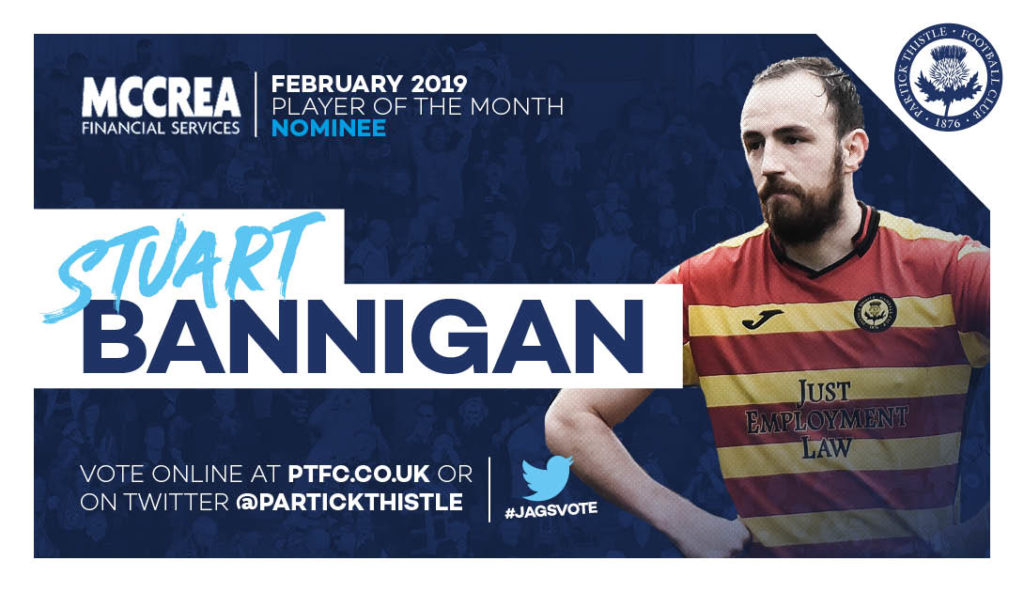 Skipper, Stuart Bannigan may have missed the final game of February at Dunfermline but his stellar performances in the three full games he played have still earned him a nomination for the Player of the Month award. The number eight’s tackling and passing proved vital to Thistle in away victories at Inverness, East Fife and Alloa before he was forced off with injury against Ross County with the score at 2-2. 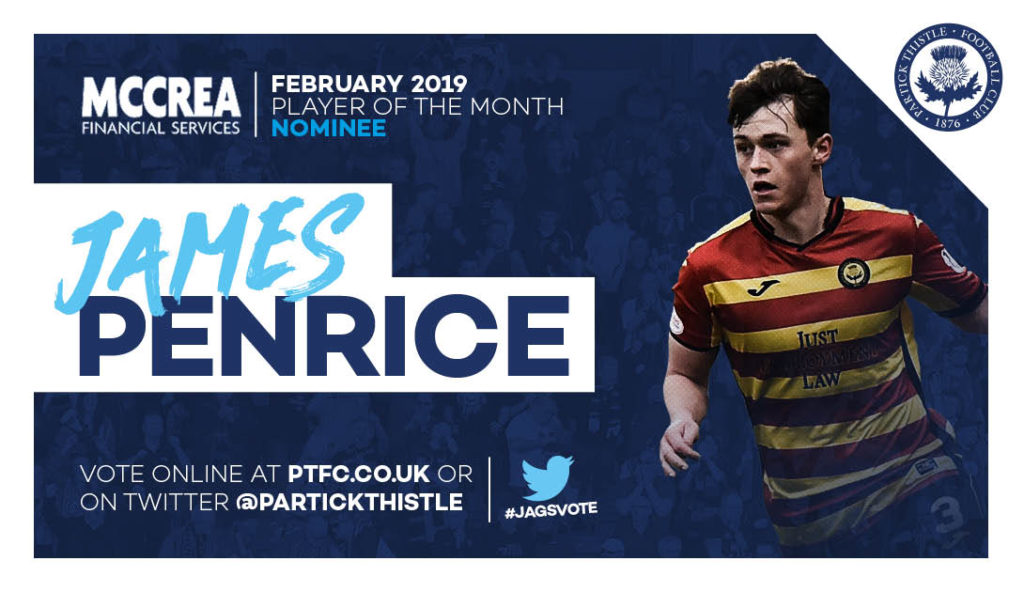 Still yet to miss a minute of football this season, James Penrice continued to impress from left-back during the month of February. The Thistle Weir Academy graduate played his part in two clean sheets and contributed towards Blair Spittal’s goal at Alloa and Aidan Fitzpatrick’s against Ross County. Operating both in a four and five at the back he has also shown great adaptability as part of Thistle’s backline. 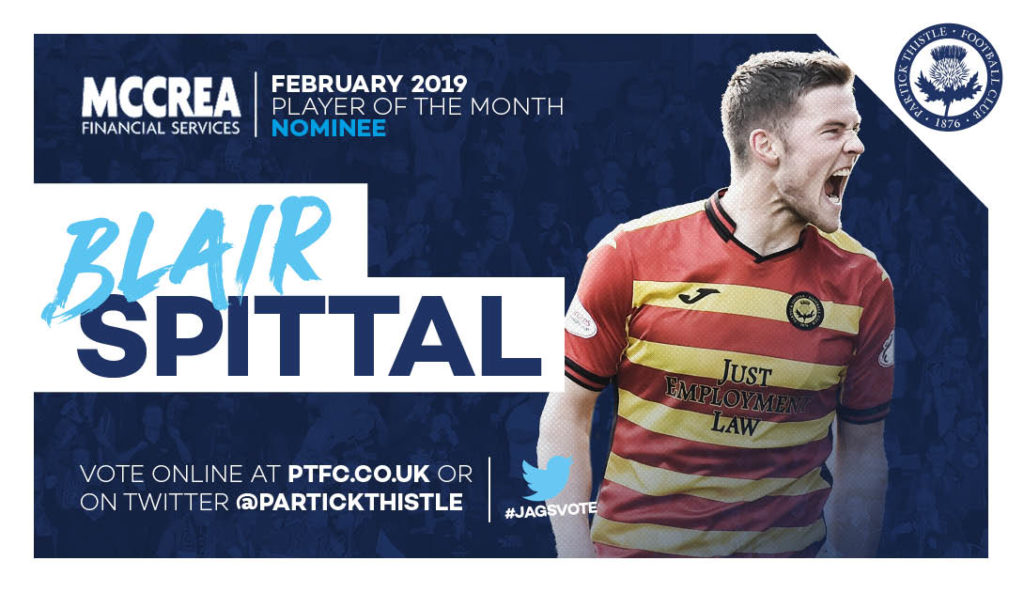 Thistle’s number seven has experienced a rejuvenation of sorts since the arrival of Gary Caldwell at the Club. His form has continued to be key to the team’s results in the New Year. In February, Blair featured in all five of Thistle’s matches and extended his lead at the top of our goal scoring charts by netting his eighth of the season in the fourth minute away to Alloa.

So, there you have it, your McCrea Financial Services Player of the Month nominees for February.

Now it’s over to you, so get voting and make sure your favourite gets to take the trophy home.

Voting is open until 2pm on Monday,