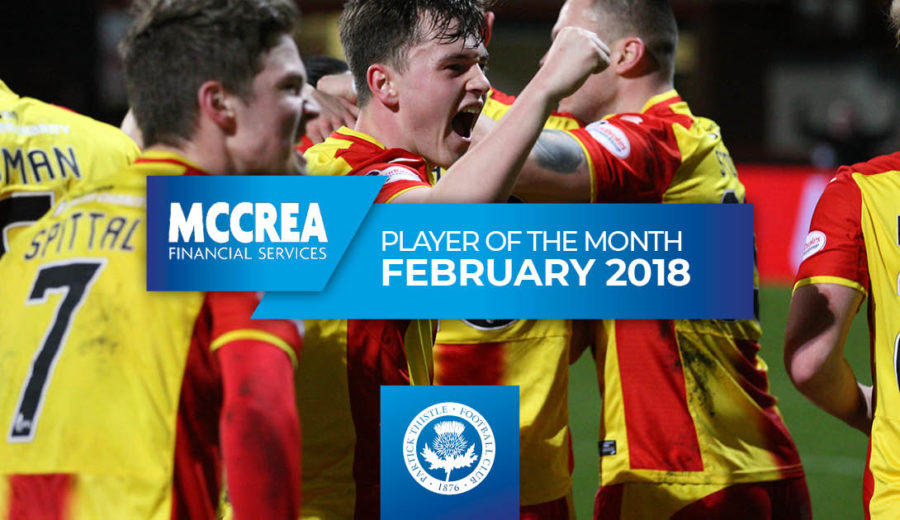 February was another busy month for the Jags with five first team fixtures, three of which were away from home. Unfortunately February was pretty disappointing for those of a red and yellow persuasion but there were a number of performances that caught the eye.

So, without further ado, it’s time to have your say on who the Jags’ best performer has been this month as the vote for the McCrea Financial Services February Player of the Month award opens. 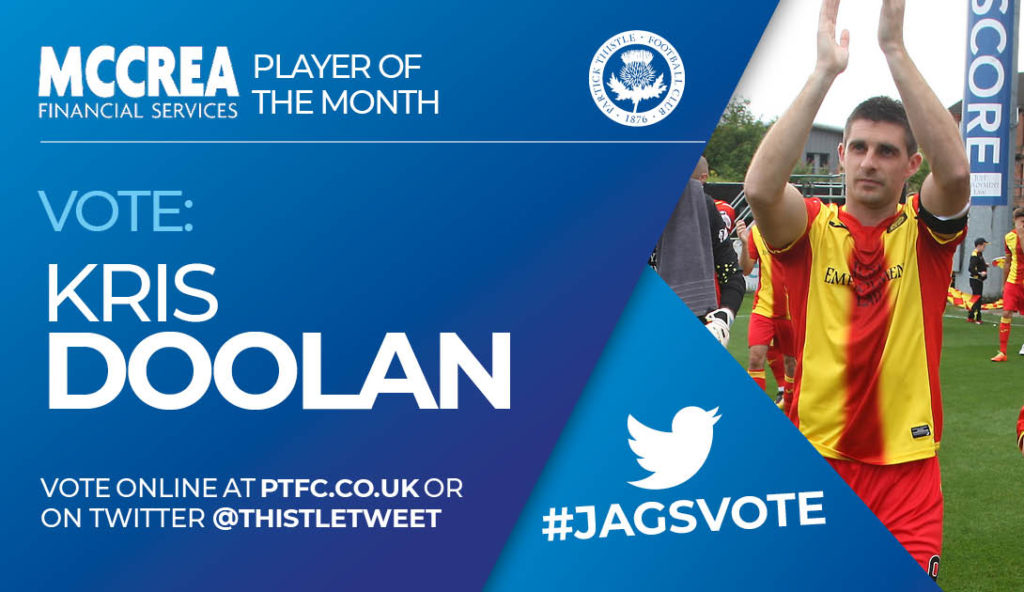 February saw Dools add to his goal tally for the season with goals against Motherwell and Celtic. His goal at Parkhead was the first of his career at the home of the Scottish champions and saw him tick off another milestone in an already superb Jags career. What’s more, Dools’ tally could and perhaps should have been three but for a linesman’s flag at the SuperSeal Stadium.

Hopefully Kris will break a few more records between now and the end of the season. 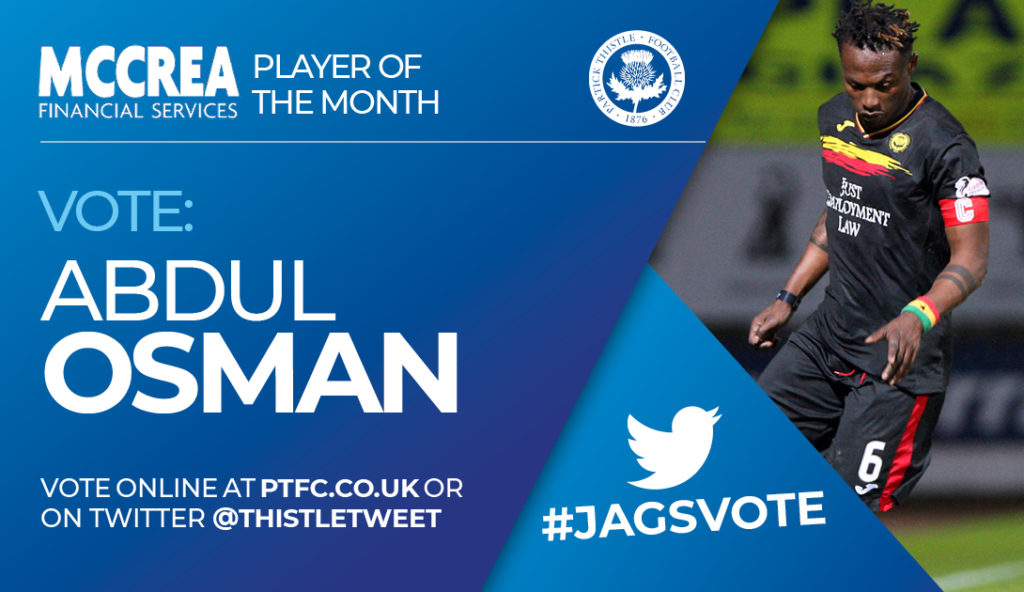 The Jags skipper continued his solid return from long term injury with more consistent displays in February. Bringing a steel and combativeness to the Jags’ midfield, Abdul’s leadership and experience will be vital going into this crucial period of the season. 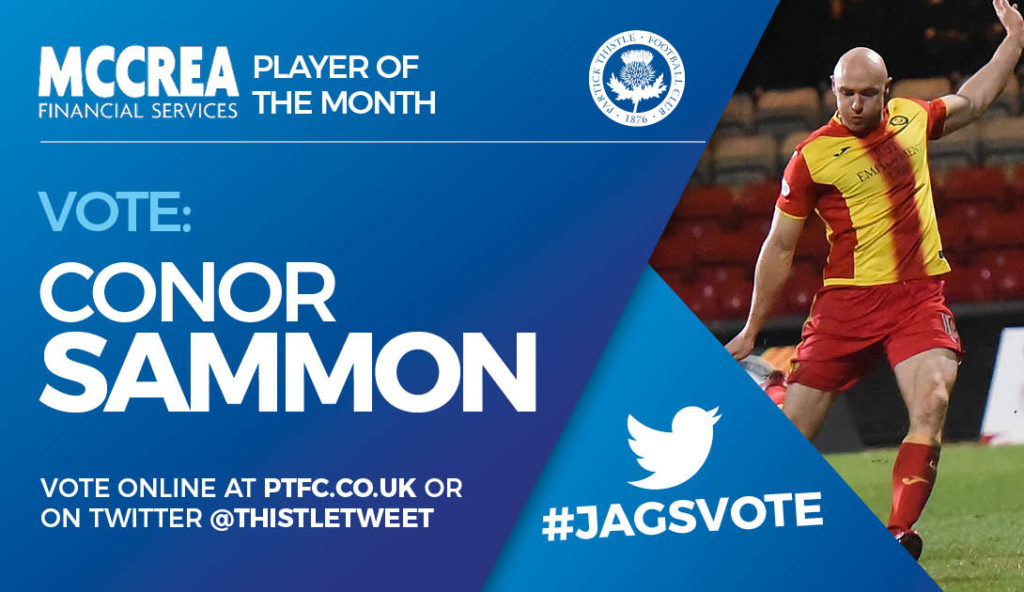 Conor’s remarkable run of form since the New Year continued as he made it eight goals in nine games. Netting in four of the five February matches the big striker is clearly in red hot form and long may that continue!

Although spending much of the month playing in a less familiar wide position, Miles’ pace power and delivery have caused all sorts of problems for opposition defenders to deal with. No ball is a lost cause for the former Aberdeen man and his link up play with his fellow attacking players has often been central to much of Thistle’s main threat.

So, there you have it, your McCrea Financial Services Player of the Month nominees for February. Now it’s over to you so get voting and make sure your favourite gets to take the trophy home.