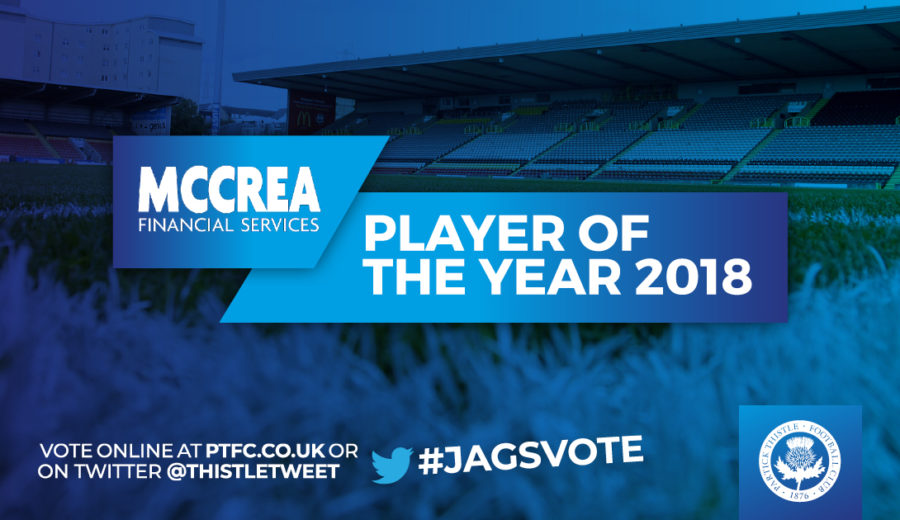 As we enter the final five fixtures of another dramatic season for Partick Thistle Football Club it’s time to look back and celebrate all aspects of the club, from the Thistle Weir Youth Academy and ladies teams through to the first team squad.

So, without further ado, your 2018 McCrea Financial Services Player of the Year shortlist is… 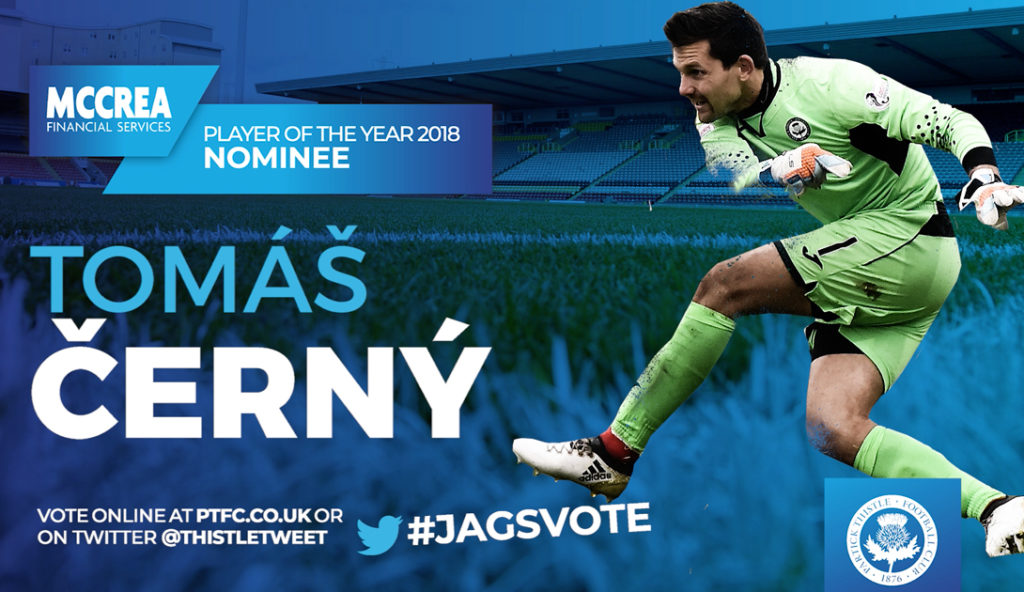 Tomáš earns his third straight Player of the Year nomination, underpinning the sparkling form he has demonstrated for the club since first arriving in 2015. The Czech goalkeeper is one of the highest rated in the Ladbrokes Premiership and proves it on a weekly basis as he pulls off some of the best saves in the division.

Having missed the last two games through injury, Tomas will be determined to get fit as soon as possible to play his part in keeping the Jags in the Ladbrokes Premiership. 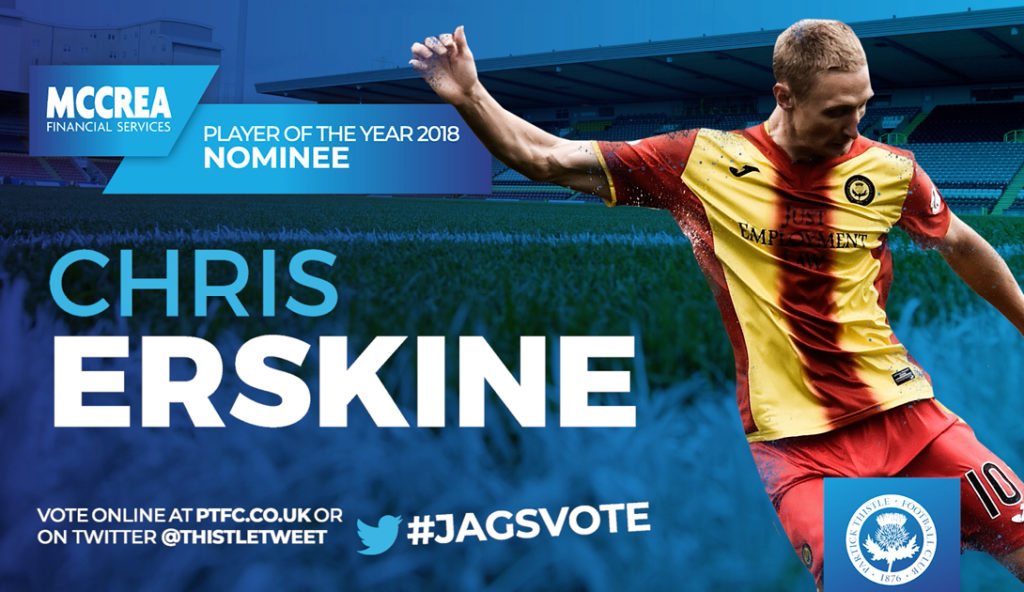 The Jags number ten earns a nomination for this year’s Player of the Year award on the back of a season which saw him net his 50th competitive goal for the club. Chris has netted on six vitally important occasions this campaign while also providing a direct threat in the Jags attacking midfield.

A fans’ favourite Chris “Squiddy” Erskine is always determined and ready to give absolutely everything for the team which is part of the reason why his nomination is so well deserved. 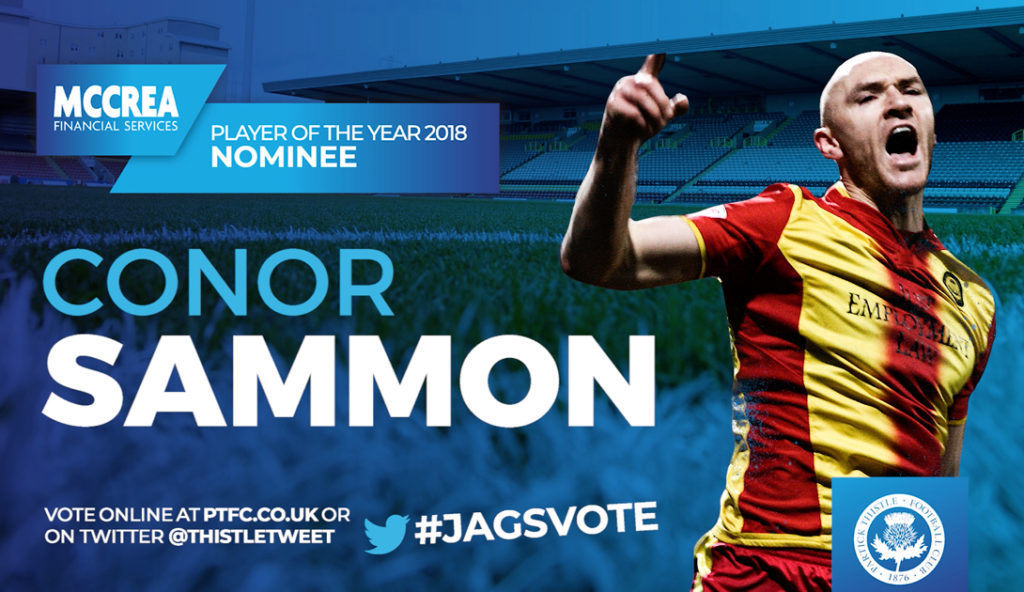 The always popular on loan striker has had a tremendous campaign and he will be looking to finish the season in double figures having bagged nine goals already. After a tough start to his time as a Jag, Conor finally broke his duck against Motherwell in December and went on a sensational run of form through the winter months.

The Irishman will be looking to round off his loan spell in Maryhill by firing in the goals that will send the side up the table. 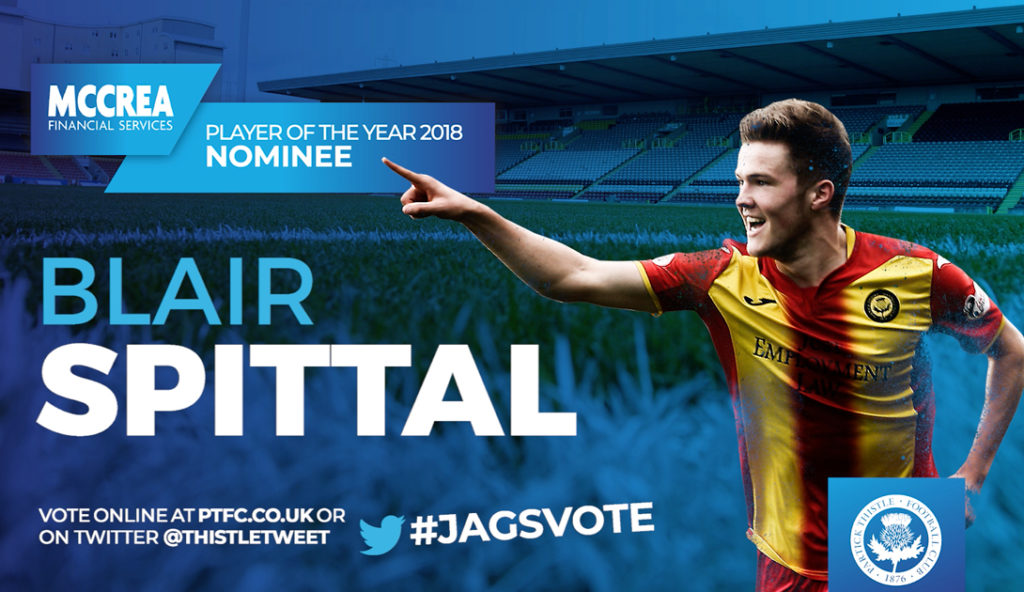 Blair joined the club last summer and made a fantastic start to his life as a Jag, providing goals and assists on an almost weekly basis. As well as netting spectacular free kicks, and setting up his teammates for goal, Blair added a real threat to the Jags wide areas and will no doubt be looking to finish the season strongly.

Capable of a devastating set piece delivery, the Jags number seven will continue to set up his teammates while also causing goalkeepers no end of panic whenever he steps over a free kick.

So, there you have it – your 2018 McCrea Financial Services Player of the Year shortlist. You can vote now at on twitter and at ptfc.co.uk and voting will be open until 5pm on Friday 20th April, with the winner receiving their award at the Hilton as part of the Player of the Year event on Sunday 22nd.