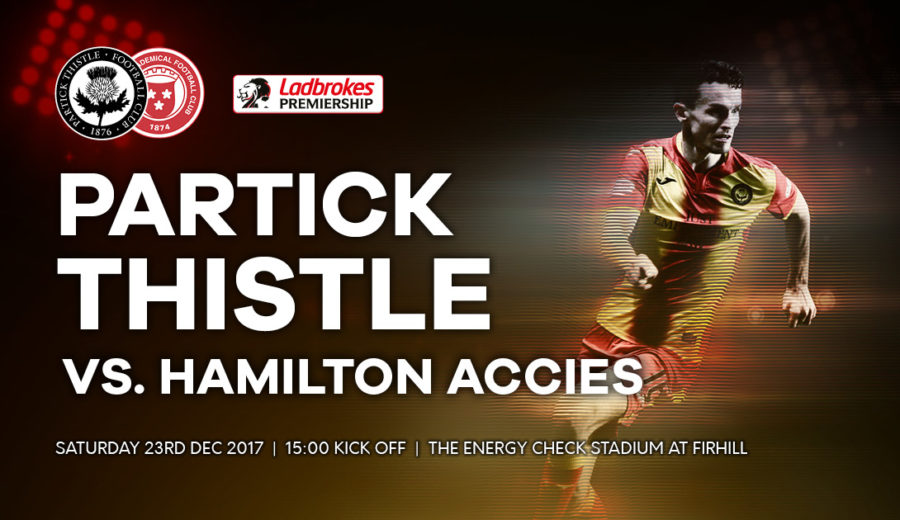 Paul McGinn joined the club late in the August transfer window and has been a model of consistency since making his debut for the side. The Jags number sixteen is looking ahead to a big week before the winter break and he spoke to ptfc.co.uk ahead of tomorrow’s clash with Hamilton Academical.

“They are all big games now but I suppose they always are when you get to this stage of the season. Hamilton are a team that aren’t too far ahead of us and we drew at their ground earlier in the season. If we can get the win then we can drag them back closer to us.”

Hamilton sit in ninth position, just six points ahead of Alan Archibald’s squad, and a Jags win would condense the bottom half of the table even further.

“It’s really tight. It does show you that there isn’t much between a lot of the sides in the league. It’s important that we do get the win and make it even tighter. If we pick up three points and other sides don’t then it makes them look over their shoulders a little.”

With three games to go until the January break, Paul knows it is a big week for the club and wants the team to maintain the good home form.

“We’ve only lost two home league games since I joined the side so we’ve got to keep that up. We’ve got Hamilton Accies and Ross County at home before the break so we’ll look to get as many points as we can. Since I’ve come to the club our home record has been good.

“We got beat against Hibs but we didn’t deserve to be beaten. It’s important that we ensure teams don’t want to come to the Energy Check Stadium at Firhill. We’ve got to make it as tough as possible for teams to get a result against us.”

Tomorrow’s game against the Lanarkshire side is game number six of a hectic December period and Paul admits he is looking forward to the winter break in January.

“I can’t really remember a run of games like this before in my career. It still feels like we’re only just half way through it even though we’ve only got a week left. I’d rather be playing games than training because I missed a lot of football last year so I know what that’s like.

“It’s quite nice this year that we get a break. Usually there is no end in sight. They had a winter break when I was at St Mirren earlier in my career but because I was on loan at Dumbarton I never got it. It’ll be good when it arrives and hopefully by the time we’re there, we’ll be in a better position in the league table.”

The right back has been an ever-present in the Jags side since he made his debut against Rangers in September and he admits it’s been a good run for him.

“It’s felt good. I missed a bit of football last year so it’s good to consistently get games under your belt. I feel like I’ve played at a good level for the majority of games. There is one or two that I wasn’t so happy about but I’ll keep doing all I can to be a good part of the team.”

More exclusive preview interviews with Kris Doolan and Jags gaffer, Alan Archibald, are now available to Jagzone subscribers – log in to see them. Jagzone members will also be able to watch highlights of the game from midnight.

New Jagzone subscribers can get their first month absolutely FREE. Click here to find out more.