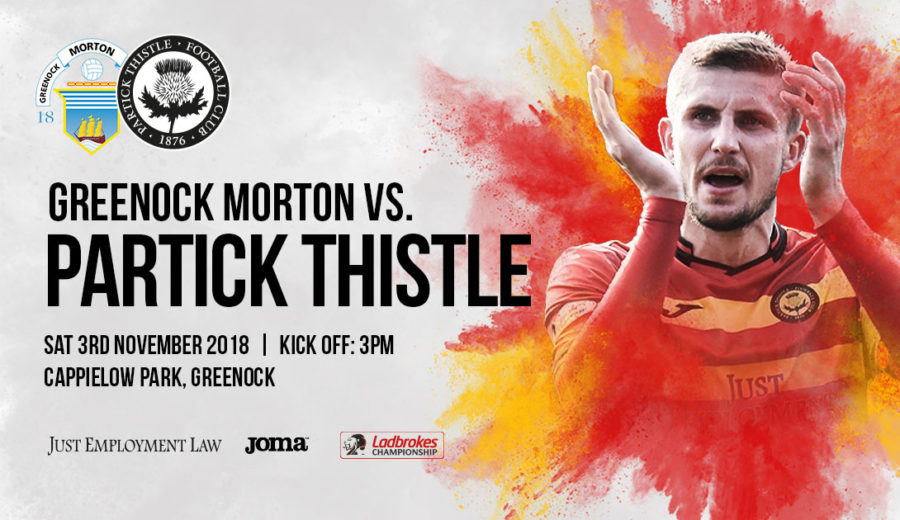 McGinty: We have to stay with the pack

Sean McGinty knows the match against Morton is vital for Thistle to stay in touch with the teams ahead of them in the table.

The defender knows in order to stay with the pack in front of them then the team must start picking up points as soon as possible.

With the team going into the third game under new manager Gary Caldwell, McGinty is hoping to pick up the first three points of the new gaffers reign. Speaking to ptfc.co.uk he said: “Obviously it’s been a tough couple of weeks. A lot of change, a lot of new information to take on.

“It’s been a positive week, we’ve worked on some things we feel weren’t good enough against Ayr, we are looking forward to putting them into action against Morton and hopefully collecting the win.

“We know it’s an important game, we know we can’t afford to slip further behind the teams in front of us. We need to try and keep with the pack as much as possible and that means going out and getting more points and winning on Saturday.”

Sean admits the current run of results isn’t good enough and things must change quickly if they are to look ahead rather than behind in the table.

“We know we are on a poor run, a run that isn’t good enough. We feel the performances have been better in the last couple of games but we haven’t come away with points which is the most important thing. We would take any sort of performance as long as it finished with the three points.

Despite losing the last two games, McGinty feels the defensive performance has been better, but still not good enough.

“We’ve been better defensively, we’ve worked hard on it for the last couple of weeks and limited the other teams to very few chances but the stat that matters is they’ve both scored and we haven’t so that doesn’t matter.

“We’re a lot more compact as a team; we’re trying to defend from the front. Everyone is aware of their role; they know what they should be doing. If we don’t win the game you know it’s your fault, you know what job you should be doing. We are all in it together and if one person makes a mistake then we are all there to try and bail them out and we need to do that.

The Jags number six is hoping to go ahead against a team Thistle have already defeated twice this season.

“Scoring first can make all the difference, we have seen this season where we’ve scored first and early we’ve went on and won the game. Especially the way things are going it could be vital, when confidence is low it allows everyone to relax that little bit more into the game and play better.

In Gary Caldwell, Thistle have a manager who commands respect from the players for his playing career and he’s a man McGinty feels he can learn a lot from.

“It’s fantastic for me, he’s done it at the very top level both for club and country. It’s great for a player like me, he’s got vast experience and I’m looking to learn from that. He’s given me a lot of information which has already helped me in these last couple of games. I’m hoping to learn a lot from him and really pick his brain as time goes by. He is smart tactically and technically he was a good player so it’s something I can certainly learn from.”

Can’t make it to Cappielow Park? Jagzone members can listen to live audio commentary of the match. JagZoneLIVE begins at 2:45pm on Saturday.