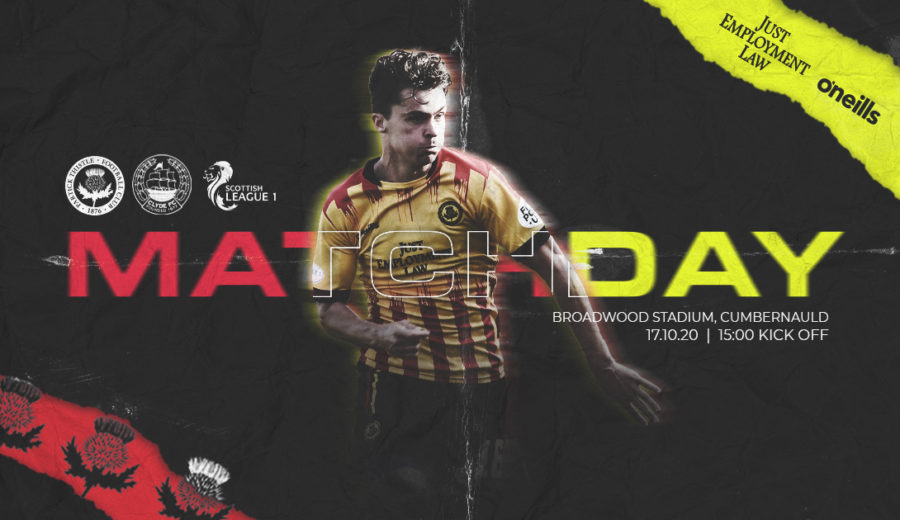 Ciaran McKenna has certainly made a positive start to his Partick Thistle career. The defender, signed from Hamilton during the close season, has been instrumental in Thistle’s clean sheets against Queen’s Park and Queen of the South and also netted the winning penalty to defeat the latter in a shootout. The 22-year-old spoke to ptfc.co.uk to preview this weekend’s league opener away to Clyde, however, he began by reflecting on the three Betfred Cup games the Jags have already played.

“I think there’s a little bit of disappointment that we didn’t get more points. You look at the St. Mirren game and for 75 minutes we matched them in every aspect of the game and probably created more chances. I thought ours were the best chances of the game and we looked very dangerous going forward but then late on, for whatever reason, we concede three cheap goals.

“That’s why we felt we should have got something from the game and, to be honest, we thought we were good value for three points and not just the draw.

“Against Queen’s Park we did our jobs and managed to get the three points after making some changes at half-time so that was pleasing. And then we play Queen of the South and for the first 15 or 20 minutes we were relentless and on top of them and could have scored three at least but then we get a man sent off which changes the game.

“Even then, though, we came out for the second half and created a few really good chances to score and generally did a good job of nullifying them. So although we were pleased to get two points, it was another game where we were a bit disappointed not to have won.”

In Ciaran’s two starts, Thistle are yet to concede and the centre-half is understandably very happy with that record.

“Obviously as a defender keeping clean sheets is the priority and it was particularly pleasing to keep one against Queen of the South because we were down to 10 men for almost an hour, away from home.

“We’ve looked solid over these past two games and I think everyone in the defence including Jamie Sneddon in goals can be really happy with how we’ve played.”

Discussing the man behind the backline further, McKenna was very complimentary of Jamie Sneddon who made a couple of key saves in the second half against Queen of the South to preserve the shutout.

“The goalkeeper is always going to have a part to play. As much as we can try to stop crosses and shots from coming in, it’s inevitable that over the course of 90 minutes they will manage to get the odd attempt on goal and that’s when Snedds has to be on his toes but you could see from the saves he made on Tuesday, he’s ready for those moments.”

After battling for a clean sheet during regulation time in midweek there was a very different pressure on Ciaran’s shoulders after the full-time whistle. The Jags’ number 16 stepped up to take Thistle’s fifth penalty with the scores tied at 2-2 knowing that a goal would heap the pressure on the next Doonhamers taker. He finished confidently and then saw Nortei Nortey miss from 12 yards to hand the away side the bonus point and McKenna told us that the responsibility of taking such a crucial penalty was one he was more than happy to carry.

“I put myself forward to take one because I don’t mind taking penalties in a shootout. During a game, I’ll leave it to the strikers because that’s their job but when it’s a shootout I’m more than comfortable being one of the five.”

Looking ahead to the start of the league season, McKenna can’t wait to get down to business at Broadwood this weekend.

“It’s been a long time coming for everyone and I’m especially excited because I spent a lot of last season out injured. We’ve had friendlies and cup games but it’s all about the league this season and we just can’t wait to get going.”

The Jags will be without their usually numerous away support for the start of the league campaign at least but Ciaran says that’s an aspect of football at the moment that everyone is having to adapt to.

“Of course, I’ve not had a chance to play for Thistle in front of the fans but I’ve always known that the club has a great backing from the supporters so that will be a big miss for the team but it’s down to us to make sure we’re just as motivated for the game without anyone in the ground.”

Finally, having found the back of the net from the penalty mark in Dumfries during the week, McKenna says he’s keen to get off the mark as a Jag officially as soon as possible.

“I want to be more of an attacking threat from set pieces. It’s something I’d love to add more of to my game and this Saturday would be a great game to start that in.”

JagZone subscribers will be able to tune in to live audio commentary for this weekend’s clash with Clyde. Due to entry arrangements at Broadwood, our audio show will begin at the slightly later time of 2:45pm – click here to tune in.