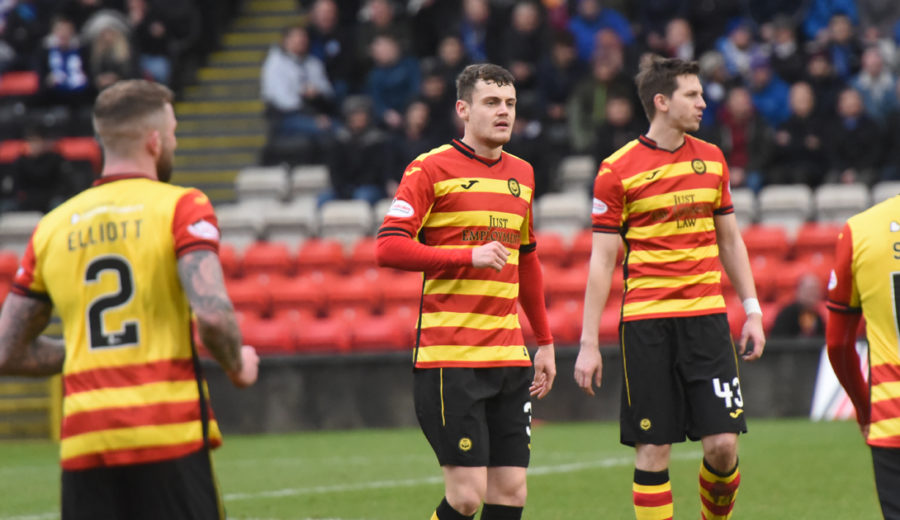 Jack McMillan started his Thistle career on Saturday in exactly the way he hopes to continue it, by helping his new team take all three points against Queen of the South.

Thistle not only took themselves off the bottom of the table but also started to reel in Alloa with a 2-1 victory over the Doonhamers and McMillan was delighted to have played his part.

Speaking to ptfc.co.uk he said: “It was a great way to start my Partick Thistle career. That is exactly why I came here, to play football and help this team win games. I’ve managed to do that straight away and I’m pleased to have played my part.

“We’re delighted with the three points and it was a massive win for us. The only disappointment for us was that we conceded a goal. I thought that, other than the penalty, as a defence we were pretty comfortable and it felt great to be part of that back four.”

More experienced as a full back McMillan was deployed in a somewhat unfamiliar role in the middle of the back four. Although centre back isn’t a position that is entirely new to him he did feel he settled in well.

“It probably helped that I had been playing with Steven Saunders earlier this season and had played with James Penrice before as well so that make it easier to settle into that back four.

“I’ve played there in a back three before but never as a back four and it was different to what I had experienced in the past. I felt I did well though. I thought I adapted and as a defence we all performed really well. It gives us a positive platform for next week and now our focus turns to preparing for the match against Inverness on Saturday.”

McMillan had a couple of familiar faces in the back line with him and he feels that certainly helped.

The win follows the Scottish Cup victory last weekend against Stranraer and Jack is hoping it’s the start of a good run of form.

“That is two wins in a row and it could be the start of a good run. Add the last two games to the two draws at the start of the month and we’ve gone the whole of January unbeaten. There are a lot of positives to take from that and we’ve got some good momentum. It’s up to us now to continue that this week and look to keep picking up points, starting with Inverness away which will be a tough game.”

“It will be another challenge next week but, after the result today, we go up to the Highlands feeling like we can go and take all three points. We are off the bottom now which was the first target, now we need to keep looking to catch up with those teams above us.“

More reaction from Christie Elliott and Stuart Bannigan even Saunders as well as Jags gaffer Gary Caldwell is now available to Jagzone subscribers. Log in to see it.

Jagzone subscribers can also rewatch the full game or view highlights of our Ladbrokes Championship fixture.