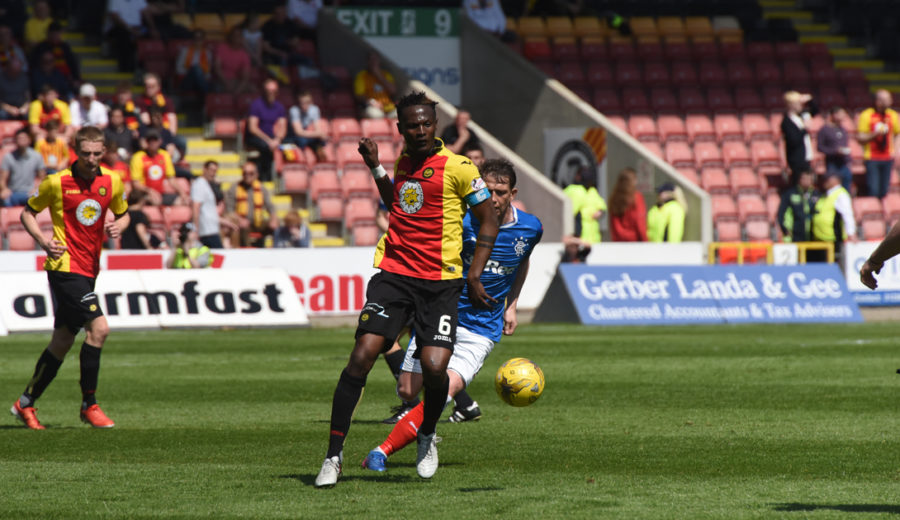 Osman glad to be back

For the second time this season two late goals saw Thistle squander the chance to take points from their Glasgow neighbours and Osman was finding it hard to take after the game.

Speaking to ptfc.co.uk after the game Osman said: “It was good to be back out there. It’s great to be back out there after a while out with injury. I’m not 100% yet but I’ve come through the game feeling good and can continue to build on that before the end of the season.”

He was however hugely disappointed after a late collapse allowed Rangers to take all three points.

He said: “We are massively disappointed. It’s a repeat of what happened last time we played them at home which makes it even harder to take.

“It was a game we took control of, played well in and we should have won. That is football for you though, a couple of lapses in concentration and it has cost us massively.”

While the last game at Firhill possibly had more riding on it, Osman doesn’t want the season to fizzle out after obtaining top six.

“We may have secured top six but we want to try and finish as high up as possible and we want to win for ourselves and for the fans so it’s disappointing. We’ve had a chance to beat a good side and we blew it at the end.”

“We will take the positives into the next game against St Johnstone. We will work on things and move on. We have to get over it quickly, it’s gone now and we look forward to the next games and another chance to go out and pick up points.

“We have three games to go and we will just go out and work hard and try and pick up as many points as we can before the end of the season.”

More reaction with Jags players Kris Doolan and Steven Lawless as well as Thistle gaffer, Alan Archibald is available to Jagzone subscribers. Log in now to see them.

A full game replay and extended highlights are also available, both are free for Jagzone subscribers.

Abdul has committed, will you join him? 2017/18 season tickets are now on sale.