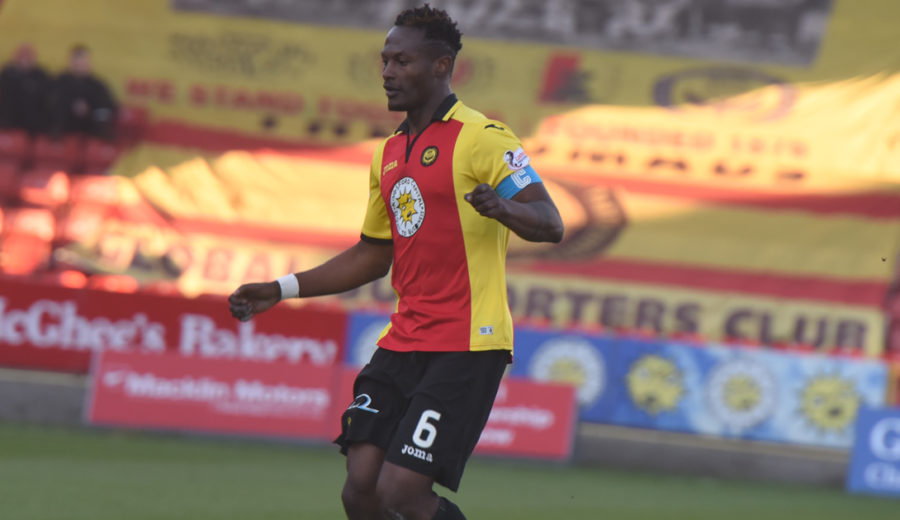 Osman grabbed the fourth of the game and was delighted with the way the team applied themselves.

Speaking to ptfc.co.uk after the game he said: “We are happy to be in the draw for the next round. When you come into a cup tie that’s your ultimate aim and we have managed to do that.

“I thought we played well and it was good to get a win in front of the home fans. We were expected to win but these games turn out to be a banana skin. We went out and did things right. We treated it like a league game and rightly so. They aren’t going to come and lie down so we had to play and perform if we were to get through

“We knew if we performed how we can, we should win the game so we had to apply ourselves and make sure we did that.”

The match was the first since Hogmanay because of the winter break and it’s been a long few weeks for the Thistle captain.

“It was good to get back into action, the break seemed to drag on and it seemed like a long 3 weeks without a game. However we worked hard and it’s good to get this game out the way and it’s back to league action next week.

“The trip to La Manga was good. It was a change of scenery and the facilities were great. We put a lot of hard work in and it was good for team bonding too so hopefully that should make the difference in the second part of the season.”

Abdul scored the last goal of the game, his second of the season and only the third of his Thistle career and now he is aiming for more.

“It is always nice to get a goal. I don’t score many so it’s always good. I just ghosted in and got the tap in. It would be nice to score a couple more before the end of the season but as long as we get the wins then it doesn’t really matter who scores.”

Next up it’s back to league action with a trip to Inverness, however unfortunately for Osman he misses out after receiving too many yellow cards. He’s disappointed to miss out but knows the boys can deal with business.

“It’s always disappointing to miss out on a game when you aren’t able to play. However, I know it’s a one game suspension and I know if the boys go there and perform then we can come home with all three points.”