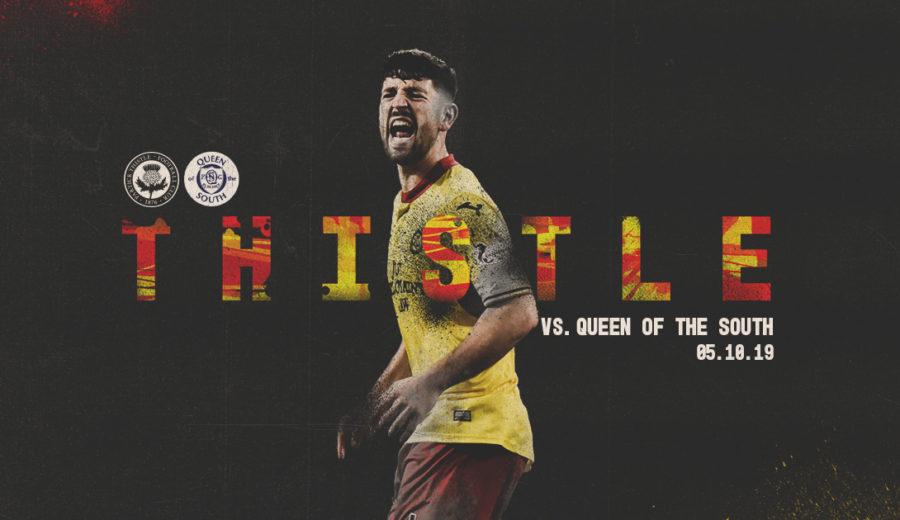 O’Ware focused on getting the three points

One of the interesting tactical choices from Ian McCall’s first league game back at Partick Thistle was the decision to move Tam O’Ware into an unfamiliar role in the middle of the park, however, the Jags’ number four adapted well and didn’t look out of place in a tight first half before dropping back into defence for the second 45 minutes. From there, Tam played his part in keeping a second half clean sheet as Thistle came away with the 3-1 victory. O’Ware spoke to ptfc.co.uk ahead of this weekend’s clash with Queen of the South back in Maryhill.

“It’ll be a really tough game this weekend. They’re just a point above us though so we have to see it as a chance to overtake them and get closer to where we want to be but they’ll be thinking along similar lines, looking to get a big three points, so for us we want to carry the momentum over from last week and really take the game to them.”

Tam made the long sprint up from defence to celebrate Thistle’s third goal against Inverness last Saturday and the former Morton man says that it was a mix of relief and joy when Cammy Palmer found the back of the net.

“We’ve let ourselves down this season but the boys have still been trying their hardest so to have that turn into the win we got at Inverness was a great moment for us all. In previous games, we’ve struggled in the key moments but it was the opposite last week. To get that goal just after half-time was massive and then I thought we defended brilliantly for the rest of the game.

“We got that third as well but we could easily have got it earlier in the half which showed the intent we had. Overall, to go up there and get a result is brilliant because they’re an excellent home team.”

Despite the win up north, O’Ware stressed that the Maryhill men can’t get ahead of themselves after just one victory.

“Of course, the mood lifts a bit in training and everyone is a bit more positive but we don’t want to get carried away. It’s just one win and we still find ourselves second bottom of the table. If we go out against Queen of the South and think we’ll win just because we did well last week then we’ll get beat. We need that same drive and endeavour that we showed against Inverness every week.”

The defender finished by touching on the support of the Thistle fans.

“We can’t blame the fans for being disappointed with the start to the season, especially in the league, but we’re hoping that now we’ve turned a corner and with their backing, we can all move in the right direction together.

“At Inverness, the fans who made the trip were absolutely superb and we’re hoping to see as many people as possible at the stadium cheering us on to a good result.”