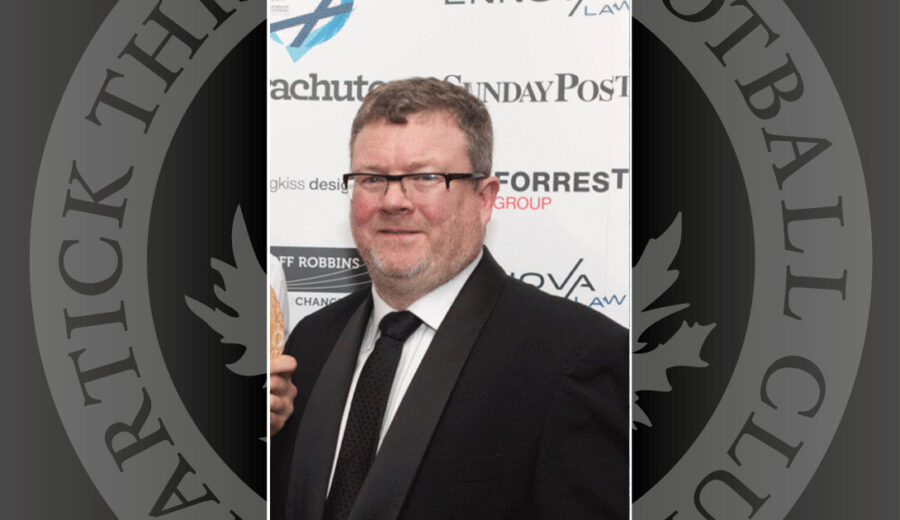 There will be a minute’s applause prior to kick-off, while the Thistle first team will wear black armbands in Paul’s memory. Members of Paul’s family will be in attendance, including his grandchildren as our matchday mascots.

In addition we will welcome members of the community who benefited from programmes Paul managed locally, including Frame Football, Disability FootbALL, the FIT for Good mental health project, Accepting Activity – which supports the homeless community and asylum seekers/refugees – and other homeless projects.

The club will also make a donation from 50/50 draw proceeds to the Partick Thistle Charitable Trust.

As a reminder to fans, Paul’s funeral takes place this Thursday and anyone who wishes to pay their respects to Paul can do so as his cortege passes James McGrory Park, the home of St. Roch’s FC, at 10:30am on the 18th.

Partick Thistle FC can also confirm that it will pay tribute to the life of our two-time former manager Bertie Auld, who passed away on Sunday, at our Scottish Cup tie against Dunfermline Athletic at Firhill on Friday 26 November.