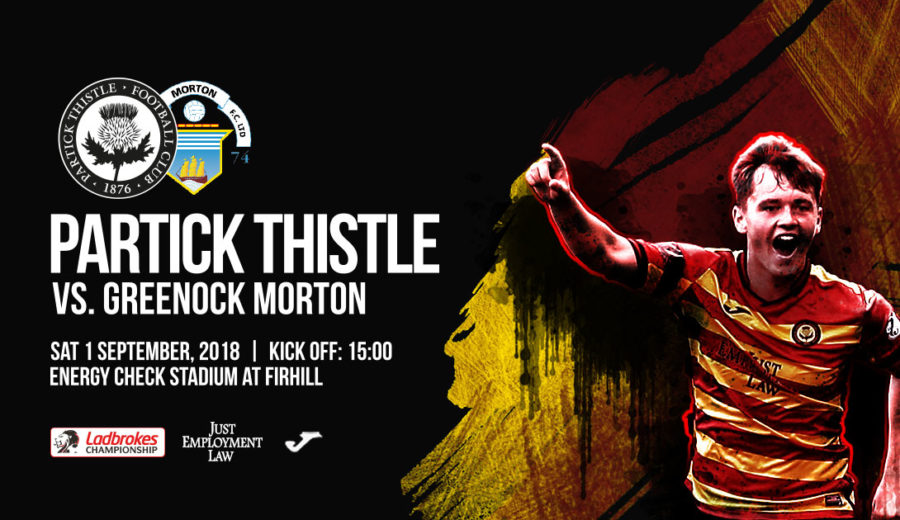 James Penrice has had a great start to his breakout season at The Energy Check Stadium at Firhill. The Thistle youngster has netted his first Jags goal and has featured in every minute of every game so far this season.

The Thistle number three is happy with the way his season is going, speaking to ptfc.co.uk he said: “I’m enjoying my football so far this season, I’ve enjoyed playing and having a regular run in the team in what is an important season for me.

“I’ve played a few different positions, left back is the position I’m used to but I played in centre mid for a while last season at Livingston. It’s good for me as a player; you should always be able to play a number of positions to make you a better player. Playing both positions you get to know where the other players are looking for the ball and how you can help your team mates.

“It’s good that the manager has that trust in me to have me out there in every game, it gives you a massive confidence boost and really makes you feel good going out on the pitch that you know the manager has faith in you”

With Penrice established in the first team, a number of other youngsters are just breaking into first team contention and James feels it’s important for him to show that the pathway is there for other youngsters coming through the Thistle Weir Academy.

“It shows that there is a pathway at the club, that if you work hard and progress then you will get a chance, players like myself, Andy McCarthy and Liam Lindsay have shown that.

“It gives the younger players breaking through now that they can look at these players who have been in the same position that if you do work hard every day then you will get a chance.”

Thistle face Morton on Saturday hoping to record their second win this season over the Greenock side and Penrice admits the confidence from the previous win is there.

“We are looking forward to the game; it’s a match at home and one we feel we can win. We want to put last week out of our minds and get back to winning ways.

“We have beaten them already this season, it gives us confidence knowing that and we want to go out there and repeat that. We know they will be up for it, they may want revenge for that last result so we want to make sure we perform and get another win.

“I obviously scored against them earlier in the season, you always feel confident when you’ve scored against a team recently and I’ll go out and look to play well again and hopefully I can maybe grab another one.”

“We’ve worked hard and we know it’s a tough league and we will need to continue to work hard throughout the season and in every game that we play.

“I know what it takes to play in this division having played in the league for a spell last season. I can pass on my experience of the league to others and know what to expect and that can only be a good thing for myself.”

With a great support in the last home fixture and a win and performance to match, James is looking or more of the same.

“It’s another home match and the fans made a big difference at home last time, our home form is important and the fans can play a part in that, we want to give them a performance and a good game to watch and hopefully we can do that on Saturday.”