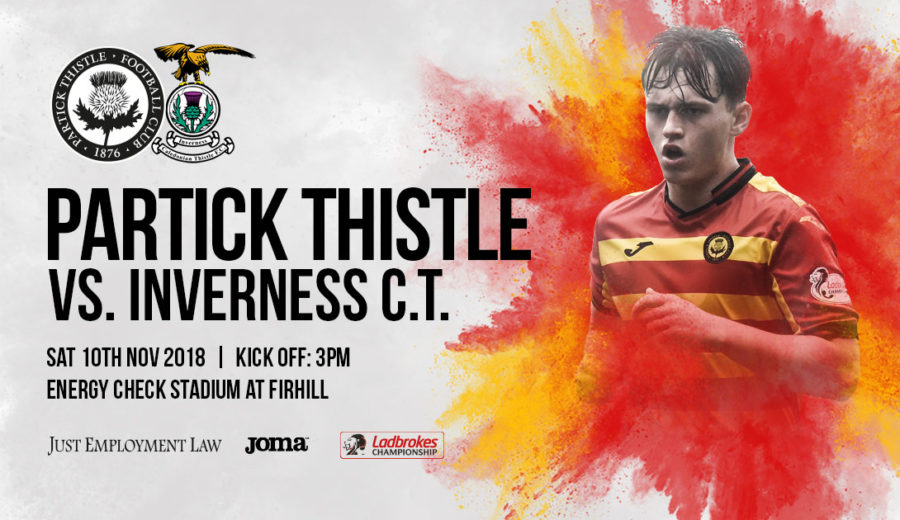 James Penrice shares the frustration of the fans and, after a poor team showing against Greenock Morton last weekend, the left back is desperate to bounce back by taking all three points at home to Inverness on Saturday. Back in front of a home crowd at the Energy Check Stadium at Firhill, James hopes the Jags fans will continue to back the boys on the pitch.

Speaking to ptfc.co.uk James said: “We need the fans to stick behind us. We want to go out and get three points for them more than anything.

“We are all in it together and the players all want the same thing our supporters do – performances on the pitch in order to get the wins that will move us up the table. We know we aren’t doing well enough, we know we should be doing better. We’ve let them down but we are working hard every day to get the performances and results on a Saturday. We need to believe in ourselves but we also need them to believe in us too. “

After the defeat last weekend Penrice admits the players want to just get out and play again after a long week of reflection and double sessions.

“We’ve worked hard in training, we’ve had double sessions, we’ve had a good look at ourselves and we’ve looked at how we make sure that  does not happen again.

“We know we need to get three points, we all want to get out there and start to make things right, we know there is a long way to go to do that but Saturday gives us a chance to start.

“The first step is to get a win, then we can start to build on that but we have to put everything into getting those three points and then take it each game and step at a time. I really believe that one win could make the difference and it will certainly give us a starting point.”

Despite a spirited second half fightback, a poor first 45 minutes against Inverness at the Tulloch Caledonian Stadium ultimately sealed the result. With that in mind Penrice knows a big start is vital.

“We have to take the game to them, we have to score goals and stop leaking them. We lost the last game against Inverness because of a period of slack play that ended up costing us the game. We can’t afford to do that again, we can’t afford to start poorly or have a poor first half.

“When you are in a run like we are, with confidence how it is then we need to start well, we need to get our foot into the game, really get the crowd behind us and build on the momentum that will bring.”