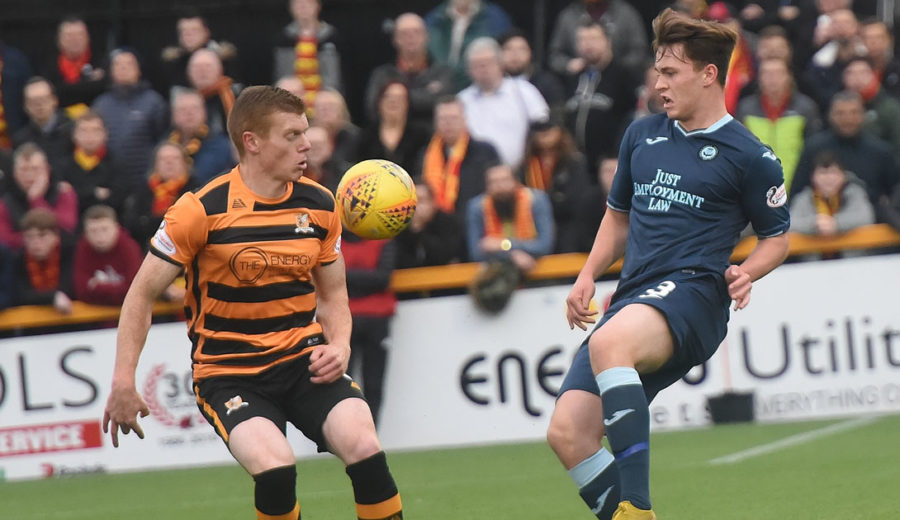 Penrice: It’s a tough one to take

It’s been a turbulent season for Partick Thistle thus far and only one man has been a part of every minute of it. James Penrice has been the Jags’ only ever-present this term having established himself as an important member of the first team squad in recent months. The left-back has put in consistent performances which have kept him in the side and helped him win the McCrea Financial Services Player of the Month award for August. James spoke to ptfc.co.uk following Saturday’s defeat to Alloa:

“Of course it’s a tough one to take because we were on top for so much of the match and I felt that the defence had looked solid for the majority of the game but we make one mistake and are punished for it.

“Alloa didn’t do much in the game but they took their big chance and, ultimately, that was the difference between the two sides. For us, we really lacked that cutting edge and we’ll be looking to improve that going forward.”

The defender then said that although training has been really positive since Gary Caldwell took over, the players understand that it may take a few weeks before the new manager can get the side playing the exact way he wants them to.

“The gaffer has been brilliant and everyone has really enjoyed training but it’s still very early days. He’s tried to make changes that help the team but he’s also looked to improve individuals as well so I’m sure that the more time we get with him, the more everyone will see improvement.

“Now we just want to get back into training where we can focus on putting things right against Ayr.”

James then spoke more about next week’s home fixture against the impressive Ayr United side who present a very tough challenge for Gary Caldwell’s first home game.

“They’ve been on fire this season and seem to have carried their form and style from the league below up to this division. We know we can’t afford to gift them any chances because they have the attackers to punish us.

“When we played them at home in the Betfred Cup, we allowed them to dictate the game even when we had possession and that can’t happen again. We need to come out and act like the home team.

“The fact that we’ve already played them should help. We know what they’re all about and hopefully this time, we can impose our style on the game more than we did in the previous two matches.”

More reaction from Souleymane Coulibaly as well as Jags gaffer Gary Caldwell is available now to Jagzone subscribers. Log in now to see it.