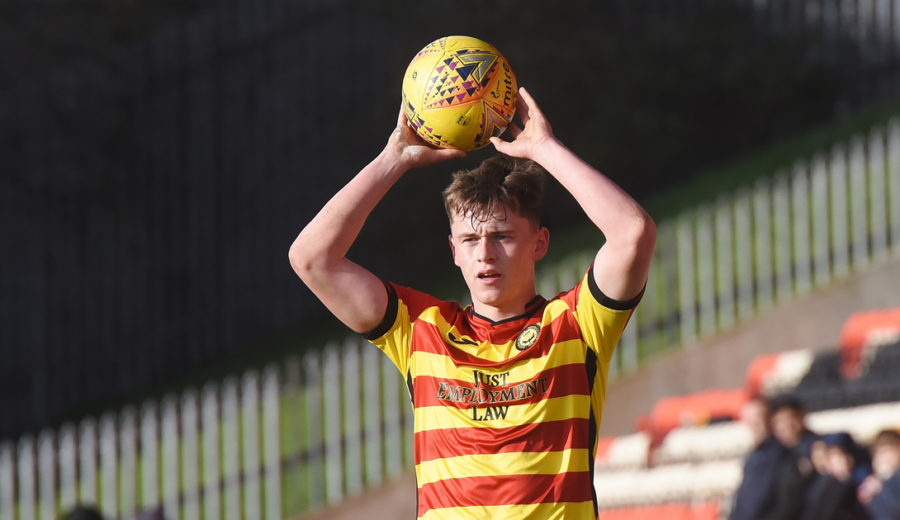 James Penrice was quick to put his hands up and admit the defeat against Inverness was not up to the standards required at this level. The left back knows the Friday night performance wasn’t good enough and that the players only have themselves to blame.

Speaking exclusively to ptfc.co.uk he said: “We’ve shot ourselves in the foot. We’ve had a good chance to pull away and move up the table and we just weren’t good enough. We haven’t played well and did not deserve to take anything from the game.

“In the first half we were flat and we didn’t play well at all. We’ve struggled to get going after that. It’s frustrating, we’re all down in the dressing room and the boys know we should have been better than what we showed. We all know that we are capable of much better but that potential means nothing if we can’t show it on a Saturday.”

Although Inverness took the lead Stuart Bannigan pegged the visitors back with a wonderful strike from the edge of the area.

“Banzo gets us back in the game with a great goal but we then concede when we should have been going and looking to win the game. We didn’t react well enough and didn’t take control of the game when we were on top. We are disappointed in the goals we lost, you don’t want to lose goals where you feel you could have done better and both of them fall into that category.”

The defender knows now it’s important to look at the next match, a trip to Greenock to face Morton, and admits they get even more important as the season comes to a close

“We have to pick ourselves up now, put that game to bed and look at the next one, we know that now makes next week even bigger than it already was. We can’t play like that again and it’s up to us to be better.

“We’ll work hard this week, we have to come out next week and play better than we did tonight. Everyone needs to switch on, we had a good chance tonight and we blew it. We can’t keep doing that, there isn’t an endless number of games left and we must start getting points on the board.

“We have to learn our lessons from tonight and go into Saturday with a must win mentality. We know we are capable of winning these games we just need to show it consistently through 90 minutes.”