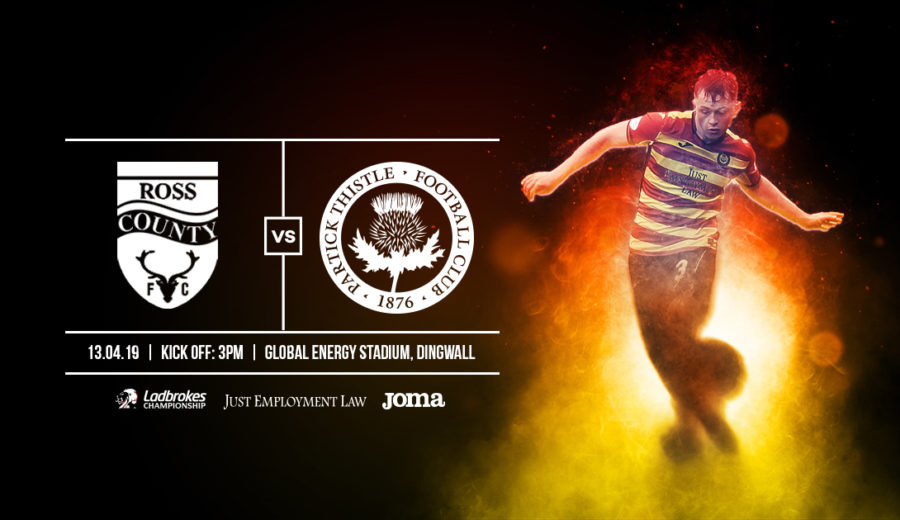 Penrice looking to be the party pooper

As Thistle prepare to head north for Dingwall the Jags side will be looking to put a spanner in County’s potential celebrations. If United fail to win this evening three points would seal the title for the Staggies. Although the Highlanders might have the champagne on ice there is at least one man who is determined that Thistle won’t just be spectators as the new champions are crowned.

Speaking exclusively to ptfc.co.uk James Penrice was very clear that, regardless of the result at Tannadice, the Thistle players would be out to upset the league leaders.

“Our aim is to go up there and take all three points from the game, pure and simple. We need to go up there and get something so we’ll be looking to spoil the party for sure. We are definitely good enough on our day to cause problems for any side in this league but we know we’ll need to be at our best at both ends of the park to win the game on Saturday.

“The last time we came up against county we were at home and although the final result was really disappointing the way we played in the first half was really impressive and we more than deserved our lead at half time. Likewise on Saturday there we were excellent for an hour but weren’t anywhere near good enough in the first 25 minutes. It’s important that we set a high standard from the start and don’t let those levels slip as the game goes on.”

Last week’s match against Dunfermline saw the Jags slip to 2-0 inside the opening 25 minutes but a valiant fightback including some excellent play from Penrice saw the home side drag themselves back into the game. James knows that, for all the good play, lessons must be learnt before they take to the field at the Global Energy Stadium.

“We have to cut out the errors. I think when we started the game, it wasn’t good enough and we gave them a two goal lead which killed us straight away. I think after that, we started to play football and we knocked it about well, we need to take that into the game on Saturday. It’s important we learn from the mistakes as well though – we can’t just ignore them.”

Penners was at the centre of a fantastic flowing move to create the first goal against Dunfermline and, having seen such a dramatic switch in momentum admits Thistle ended up unlucky not to take all three points.

“Yea, it was a really good first goal and it put us back in the game, it made them fall back a bit and after that we controlled it. In the end we were unlucky not to get the three points which seems crazy considering where we were.

“When we knock the ball about, we know we can do it, there’s nobody to fear in this league. Everybody can beat everybody and we need to take that into Saturday and put on a show. I’m sure most people will be focused on the fact that maybe County could win the lead but we’ll have a good support up there too and we want to make sure we give them something to cheer about.

“How we start will be huge, we need to start well, their fans will get on their back and the place becomes a bit quieter, then we can go put our game plan into action but we need to start well and get at them, let them know they’re in a game and hopefully get the three points.”

With five games left Penrice is looking at every match as an opportunity to get points on the board.

“The position we’ve put ourselves in, it’s about points, we just need to play to win games. It might not always be the nicest to watch but it’s just what you need to do at this stage of the season. We just need to get three points anywhere and anyway we can, away from home, at home it doesn’t matter.”