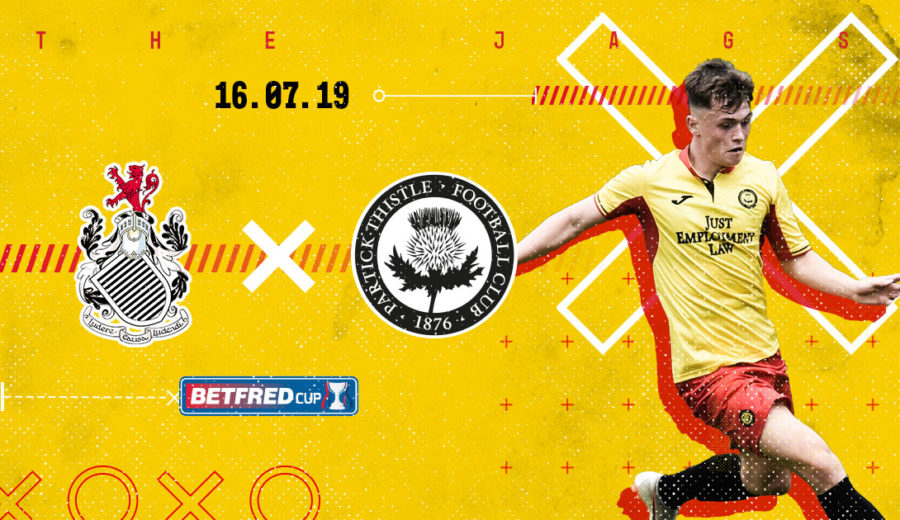 James Penrice knows it is important now to build on the victory over Airdrie as Thistle travel to Saturday’s opponents stadium to face Queen’s Park.

A 1-0 victory in the first Betfred cup match has left Thistle in a good position but Penrice now wants to make sure the team build on that on Tuesday, both in terms of result and performance.

Speaking exclusively to ptfc.co.uk he said: “It’s important we build now on the victory over Airdrie. I don’t think we played well enough on Saturday and it’s important we improve on that on Tuesday against Queen’s Park.

“I think you could see we’ve not played a lot of games in pre-season but we got the win and it’s important now we keep that winning mentality as well as trying to improve our performances and sharpness in the games coming up.

“I thought our sharpness improved as the game went on against Airdrie and it’s now about taking that further as the games go on.”

Hamilton could only get a point against Queen’s Park on Saturday which left Thistle top of the group, but it serves as a warning to Penrice, highlighting the threat Queen’s pose.

“You can see what can happen with these games with Queen’s Park getting points against Hamilton. We can’t let the same happen to us if we are to get through this group.  You can’t take any team for granted even if they are in a lower league.

“We have to make sure we perform well and work hard and make sure we are on it. You saw on Saturday that Airdrie put up a good fight and showed some good play. We know Queen’s Park will do the same.”

The Betfred cup comes early in the season and while some teams use it simply for fitness and preparation James insists Thistle want to do as well as they can in the competition.

“While getting our fitness up and getting ready for the league season is important we want to progress in this cup too. It’s a competition we want to do well in, you always want a cup run and this is no different.

“We are in a good position now at the top of the group but it’s only one game and we have to go out and win the rest of the matches now starting on Tuesday night.”

The Thistle number three had an impressive season last term, playing every minute of every game and he wants to build on that this coming season

“Last season was a good season for me. There’s no point in me having a good season last year if I’m not going to improve on that and keep playing well though.

“I know I can improve more and step up further and really push myself, the manager has told me that too but it’s up to me to actually do it. I want to be the best I possibly can be and go as far as I can but I need to push myself both physically and mentally if I’m going to do that. For me I’m in the perfect place at Thistle to be able to do that.”

Can’t make it to the Penny Cars Stadium? Jagzone members can listen to live audio commentary of the match. JagZoneLIVE begins at 7:30pm this evening.