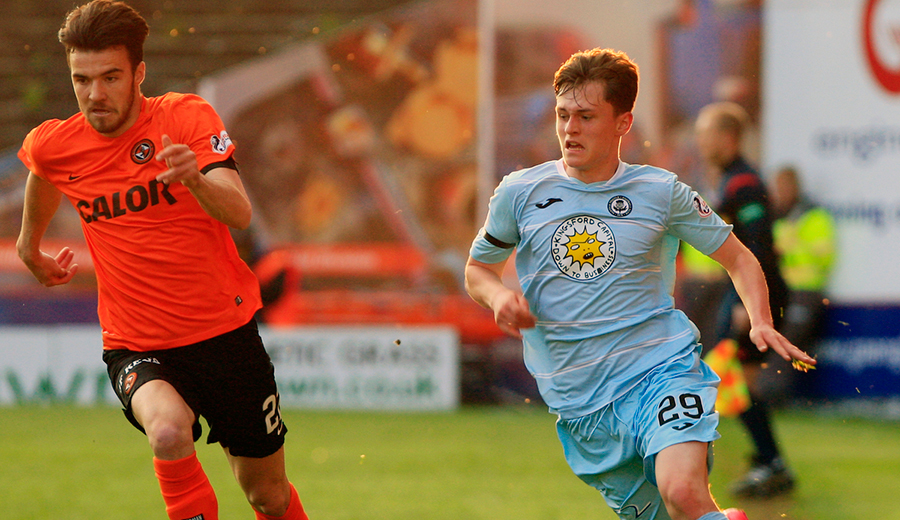 James Penrice made his competitive first team debut on Tuesday night and after a couple of days to reflect on it, James was extremely pleased to have got his first game under his belt.

It was a good experience. I enjoyed it a lot and I hope that I can keep playingI’ve only been in the 20s for a season, before that I was in the under 17s squad. I’ve had the chance to train with the first team on a number of occasions and been on the bench a couple of times. It’s good to get on the pitch and finally taste the action.

James has had a tremendous season in the Development League this campaign and the appearance in the first team is the perfect way to conclude the year.

“Aye, it’s a great way to finish my year. It will top off a great season for myself. Hopefully if I get a chance on Saturday, I’ll play well and keep on moving forward.”

James has seen a number of players progress through the Thistle youth ranks and go on to establish themselves in the first team. The young left back is looking to be the next player to make the step up.

“There are a number of boys who made the step up through the 20s and they’ve went and asserted themselves in the first team. That is my aim for the next few seasons, to follow in their path. I know that this is only the beginning and I’ll have to work very hard to keep improving as a footballer.”

With the gaffer playing in the same positions as Penrice, the youngster has the perfect coach to help him through games.