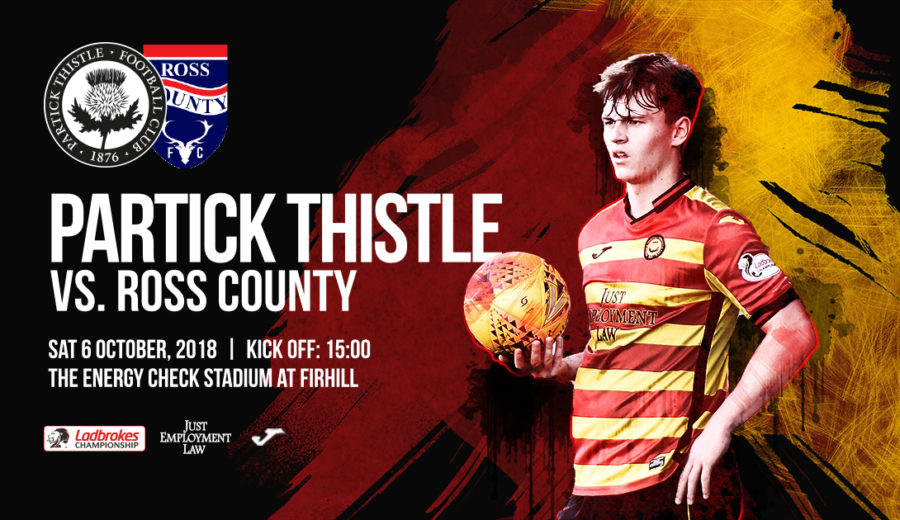 Saturday’s match against Ross County will see a celebration of the Thistle Weir Youth Academy. Celebrating five years since its creation the day will celebrate all it has achieved and that will be reinforced by the inclusion of a number of Academy graduates in the Thistle first team squad.

One of those leading the way and showing what the Academy can do is left back James Penrice. The youngster has been an ever present in the Jags line up this season after progressing up through the Academy.

James is delighted to be able to walk onto the field in front of the Academy players as a role model and an example for many youngsters hoping to follow in his footsteps.

Speaking to ptfc.co.uk he said: “It’s great that the Club puts these days on to celebrate what the Academy has achieved, it makes you proud to be one of those who has been developed here and be playing in front of the younger players from the Academy.

“It is great to go out there and know these players are looking up to you, that you are a role model for them and you remember when you were in their shoes looking up at the players in the first team.

“You’ve got a number of players here who have come through the Academy, you’ve got players who have went on to play in England and other big clubs and it is good to show these younger players it is possible, that if they work hard they can achieve their goals with the help of the Academy.”

“I really enjoyed coming through the Thistle Weir Academy, I was elsewhere before and coming to Thistle really made the difference. As soon as I arrived, I was welcomed, I was given great coaching and guidance and I am where I am today. I really don’t think I would be where I’m at today if it wasn’t for the Academy and I’m just glad I found Thistle when I was younger.

“It’s important for the club to bring young players through and the Academy helps do that. It is such a big thing for a young player and as a young player who has come through that pathway, I’m really thankful to the Weirs and the money they have put into the Academy, it makes a massive difference to so many young players.”

With a training ground in development, Penrice feels it will be another step towards more players following his path

“The training ground will be massive, it will help the first team but more so it will help the younger players too. It will really help develop the Academy players and the quicker it is open the better, that is the only way you can look at it. As soon as it is open, the sooner so many players can get the benefits.”

James had a final message to those young players currently making their way through the Academy system.

“I would tell them to enjoy their football. Go out and practise as much as possible, not just in training but get a ball and go out with your friends, practise individual parts of your game and just really enjoy yourself. Some Academies are maybe too serious, you have to work hard and do the right things but you have to enjoy what you do. You have to find your love for the game and make sure you keep hold of that.”

Looking ahead to the game itself the Thistle number three was hopeful of continuing the good home form.

“We know it’s an important game, we know it will be hard but we feel confident at home. We want to keep it a fortress. We have a great record at home so far in the league and that leads to confidence, we want people to fear coming to play us.

“We were disappointed last week away from home, but we are back at the Energy Check Stadium at Firhill. We know we need to perform as a team, to defend well, but we also know we need to try and put on a good performance for the fans. “