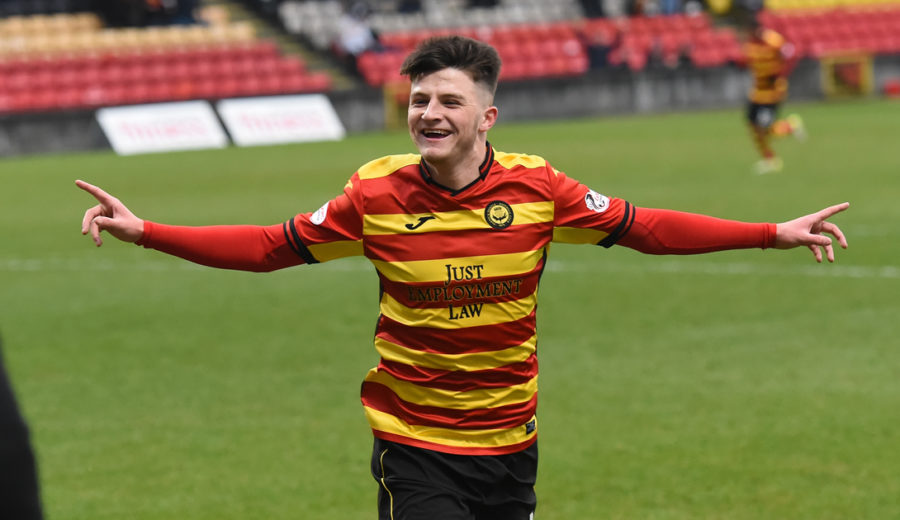 He said: “There has been continued speculation about the future of Aidan Fitzpatrick as a Thistle player, including suggestions that he is on the point of leaving the Club.. It wasn’t right to talk about this pre-match last week when the focus had to be on our preparation. However, I wanted to provide an update to reassure fans as to where things stand.

“To date, we have received two separate bids from the same club, one in the summer and one earlier this month, neither of which came anywhere near to matching our valuation of the player. I want to keep Aidan at the Club and Aidan wants to be here so I recommended that the Board reject the recent offer and they agreed.

“There is little doubt in my mind that Aidan will, at some point in his career, move on and potentially play at the very highest level. However, I would like to make it clear it would take an extraordinary bid for the Club to even contemplate it. We are happy with Aidan’s development and he is happy to be playing at this football club.

“I hope that this will reassure supporters and allow us to continue enjoying Aidan’s performances as he develops.”