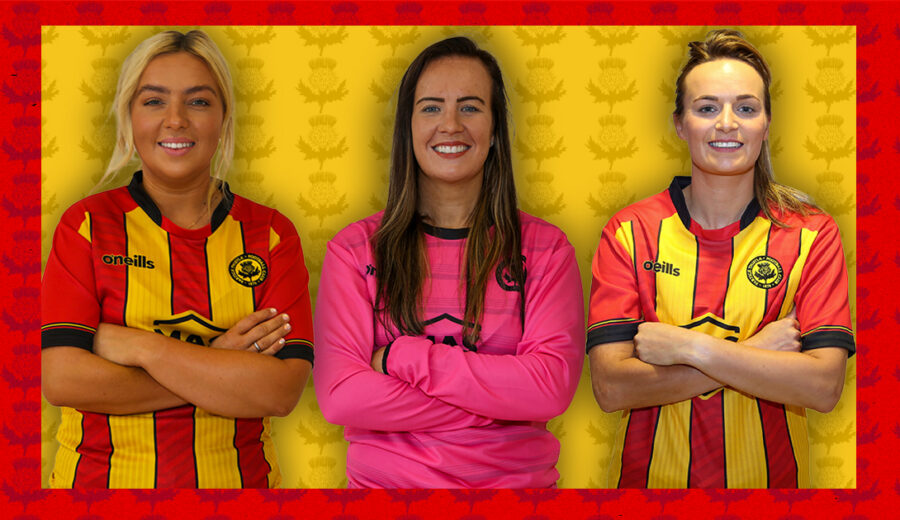 PTWFC March Player of the Month

After a very successful February, it was a more difficult March for Partick Thistle Women’s FC as Brian Graham’s side took on three of the league’s top four as well as Motherwell and Aberdeen.

Results didn’t match performances for the most part for the Jags with narrow defeats to Aberdeen, Glasgow City and Hibernian providing plenty to be positive about despite a lack of points in return.

Thistle finished the month with a breathless 3-3 draw against Motherwell at Alliance Park, coming back from 3-2 down to get a share of the spoils.

Now it’s time to vote for your PTWFC Player of the Month for March with three candidates to pick from.

First up is our top goalscorer so far this season, Cara McBrearty. The number 11, who has been in remarkable form in 2022, continued to play a vital role in the Thistle attack during March. Two assists and two goals in five games represented another very productive month for Cara who shows no signs of slowing down as we head towards the end of the season.

One of the team’s most consistent performers this season, Cheryl McCulloch was a standout in defence last month. The centre-half gave everything for the team throughout the five games in March with her standout performance coming in the game against Glasgow City when she could be found making blocks and tackles galore as the defending champions of Scotland looked for a route to goal.

Coming up against some of the most potent attacks in Scotland last month, Lauren McGregor was called upon more than a few times to do her bit for the red and yellow cause. The goalkeeper produced some truly brilliant saves over the course of March with her best possibly being against Aberdeen when she flew across her goal to turn away a Jess Broadrick strike which seemed destined for the top corner.

Who is your PTWFC Player of the Month for March?