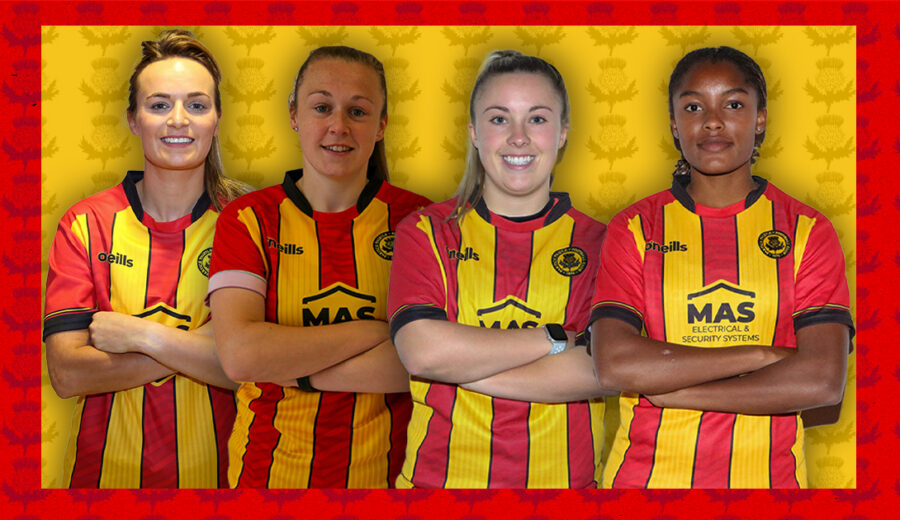 September 2021 was an historic month for Partick Thistle Women’s FC as the Jags began their first ever season in the top flight of Scottish women’s football.

Undoubtedly the highlight of September for the team was that second fixture against Motherwell when an 88th minute goal from Freya Macdonald earned the club its first ever SWPL 1 win.

There were plenty of outstanding performers across the three games who were deserving of recognition but we’ve got a shortlist of four players who have been nominated for the PTWFC Player of the Month award.

The first candidate is central defender Demi Falconer who wore the captain’s armband in Colette Fleming’s absence for games against Motherwell and Glasgow City. Falconer displayed her typical defensive enthusiasm leading from the back with blocks, tackles and clearances galore. This was particularly important as the Jags took on defending SWPL 1 champions Glasgow City, putting on a performance to be proud of against Grant Scott’s side.

Alongside Falconer in the centre of defence last month was Cheryl McCulloch who was equally as impressive as part of the Thistle backline and has also been nominated for the Player of the Month prize. The former Celtic player brought some vital experience to the youthful Jags rear-guard, showing her usual calmness and skill when playing out from the back.

Nominee number three is midfielder Rebecca McGowan who joined the club from St. Johnstone midway through September. The 20-year-old appeared as a trialist in our league opener against Aberdeen before signing officially and starting the subsequent two fixtures. She’s already cementing herself as a pivotal player in the Jags’ engine room as a result of her boundless energy and quality in possession.

The final Player of the Month candidate is another one of our close season signings, London Pollard. The on-loan Celtic striker made her debut for the club against Aberdeen before playing an important role in each of the following two fixtures. Two assists against Motherwell were followed by her first Thistle goal – the opener against Glasgow City.

So, there you have it! Who is your PTWFC September Player of the Month?

Who is your PTWFC September Player of the Month?