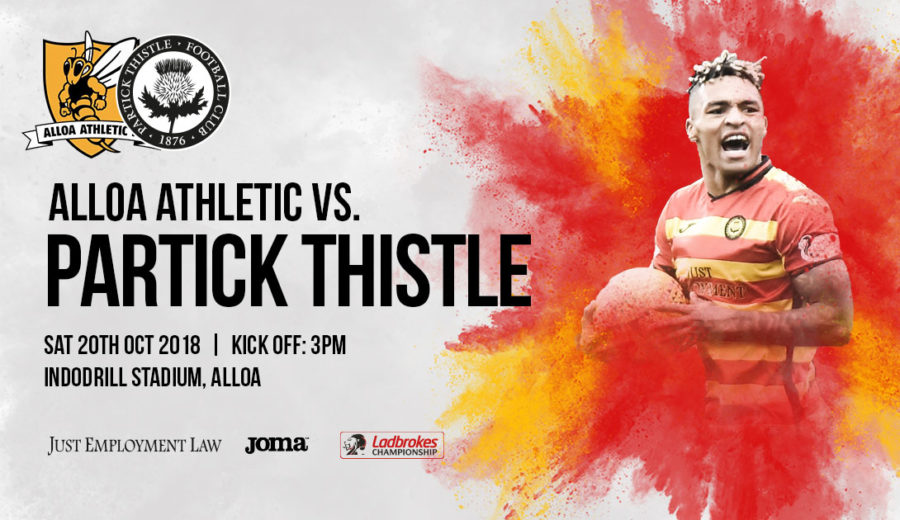 Jai Quitongo is hoping to begin the Gary Caldwell era where he left off against Dundee United by adding to his Partick Thistle goal tally.

The striker got himself off the mark against United in the last game despite Thistle going down 2-1. Now he is hoping that can help him secure his first start as a Partick Thistle player.

After the first week with the new gaffer, Quitongo admits spirits are high in the camp heading into the Ladbrokes Championship clash.

Speaking to ptfc.co.uk he said:  “We’re all looking forward to the game. The new gaffer has come in and he’s been great. He’s really brought a new lease of life to everyone and training has been great.

“We all know we have to impress if we are to get a place in the team, it’s a clean slate for everyone”

Despite the defeat last week, Jai was hoping to build on a spirited last half hour which almost saw Thistle grab a draw from the match.

“We want to build on the positives of last week against Dundee United, especially the last half hour, and we want to take that into the game against Alloa on Saturday.

“We’ve worked really hard in training, the manager has made it clear to us we have to keep up that standard, we can’t let it drop and we have to go out and show that on the pitch.”

Quitongo grabbed his first goal in red and yellow last weekend and now he is hoping that’s a sign of things to come.

“I’m looking to build on that first goal. With every minute I get on the pitch I feel I’m getting better, I feel sharper and I want to add to that goal now and help the team.

“I feel confident in my ability, I feel I will score more goals and hopefully they come with more game time and some starts.

“I feel I’m getting fitter every time on the pitch, I’m desperate to get out there and show what I can do and hopefully I can do that on Saturday. Whether I start or come on as a sub I want to make an impact, show the manager what I can do and give him a headache.”

“We know it will be a tough game, we can’t just go and think we are going to win the game, we have to force our game on them. They will fight for every ball and we have to match that.

“We know we have talent but that means nothing if we don’t show it on the pitch.

“We want to get into a good run of results. You know what you are up against in this league, it’s a tough league, everyone can beat everyone and we want to go on a run and get up the table.

“We need to start performing and really look to get on a run of form that can make all the difference in such a tight league.”

“The fans are really important, you saw in the last game how much we fed off their energy in the last half hour of the game. They make such a difference and it really gives us that extra lift and push to fight on.

“I hope they really turn up in numbers on Saturday to support not only us as players but the new gaffer too.”

Can’t make it to the Indodrill Stadium? Jagzone members can listen to live audio commentary of the match. JagZoneLIVE begins at 2:45pm on Saturday.