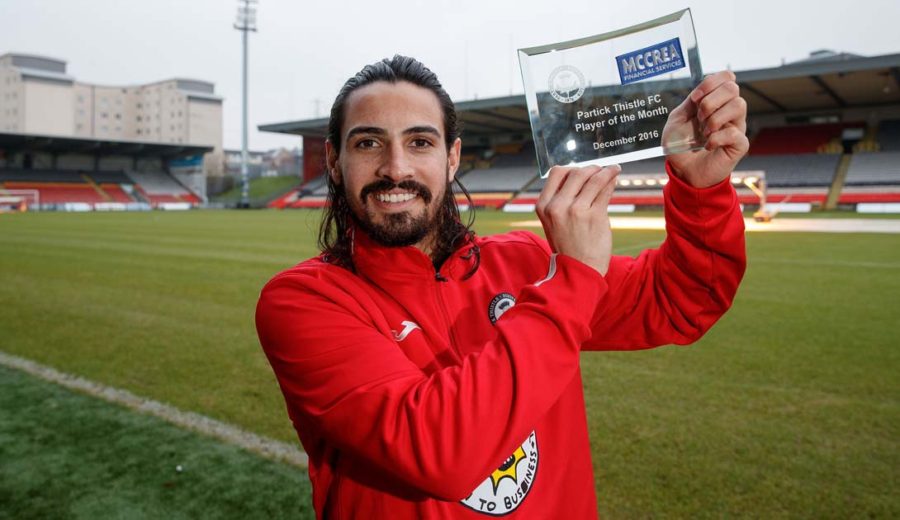 For the third month this season, Ryan Edwards has won the McCrea Financial Services Player of the Month award for December.

Ryan is fast building a reputation as one of the most energetic midfielders in the entire league and December has been no different. Not one to give opposition players a second to catch their breath Edwards has been key in driving his team mates on from midfield. Playing in a range of different formations, Ryan has always looked comfortable and continues to be a real asset to the team.

Having played 43 times for the Jags, Edwards has firmly established himself as a first team regular and a fans’ favourite. 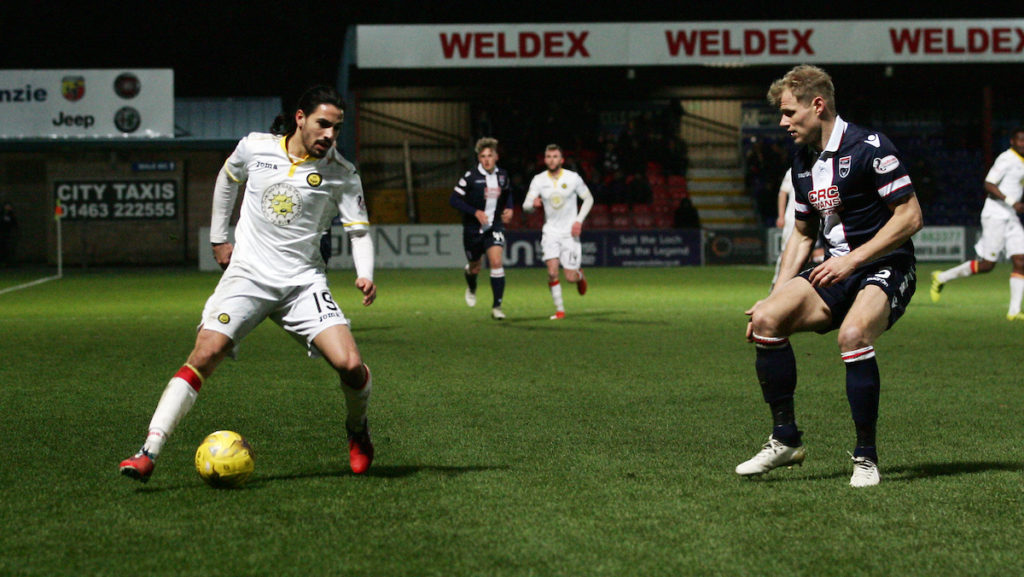 Narrowly beating Sean Welsh in a vote that went right to the final day, Ryan was extremely proud to pick up his trophy at Firhill yesterday afternoon.

Ryan said: “It’s really humbling to win this award for the third time this season and I can’t thank those fans who voted for me enough. It’s been a really good month for the whole team though and the fact that both Sean and I were so close shows how well we have all performed.

“The league is still so tight and the seven points we picked up over Christmas were absolutely massive. To a man we are all now focused on making sure we keep that good run going into 2017.”