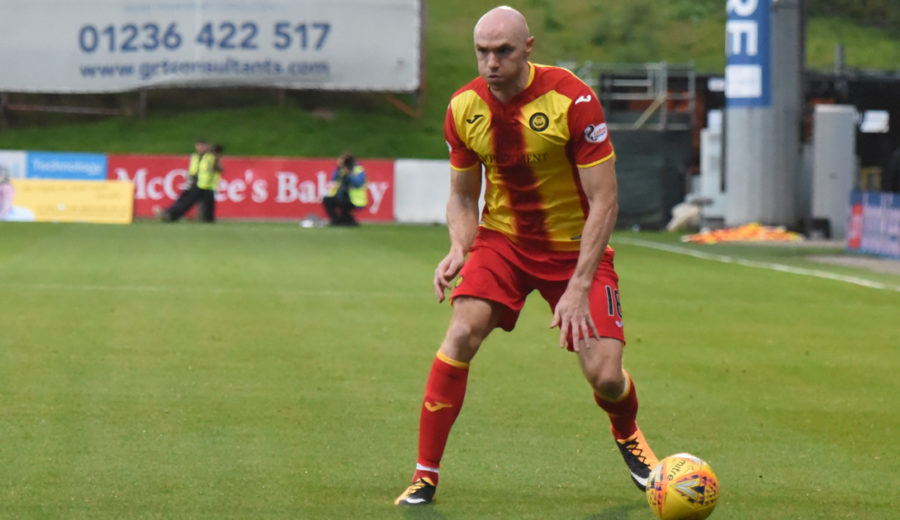 Conor Sammon has had quite the day, signed at lunchtime from Hearts on a season long loan and immediately flung into the starting eleven against Celtic in the evening. The striker performed well but despite a late rally couldn’t stop Thistle going down 1-0 to Celtic.

Speaking to ptfc.co.uk after the game the latest recruit said: “I really enjoyed my first game. It was a tough test for us but it’s one I enjoyed being part of. There is no better way to come to a club and get flung in the deep end like that.

“It’s good to start life off in a Partick Thistle jersey in front of the home fans in a big test against a side like Celtic.”

“I’m obviously just a little frustrated we didn’t get anything from the game after putting a lot of work into it. We had a few chances and  should have had a penalty at the end which we were disappointed not to get.

“I’m new to the group but we went into the game with a game plan knowing we all had to work extremely hard to make it difficult for Celtic. They are a good side we know that but I thought we done very well.

“I thought we finished the game really strong and we could have taken something from the game but these things happen. We move on now and look forward to the next game.”

Conor was thankful with the backing he and the rest of the squad got from the fans.

“I enjoyed playing my first game at Firhill as a Thistle player. The fans were great to me and gave the team a lot of backing so I’m looking forward to many more here.”

“We work now towards the St Johnstone game, get into training next week and get to know the lads. It will be good to get to know them on and off the pitch over the next week.

“It was obviously strange being out and not knowing many of the boys, it’s unusual to sign for a club and then be out playing that very evening but I loved it and I’ve been impressed with everyone so far and looking forward to working with the gaffer and all the boys.”

More reaction from Adam Barton and Christie Elliott as well as Jags gaffer Alan Archibald is available now to Jagzone subscribers. Log in now to see it.

You can sponsor Conor’s kit. Contact   for more information.