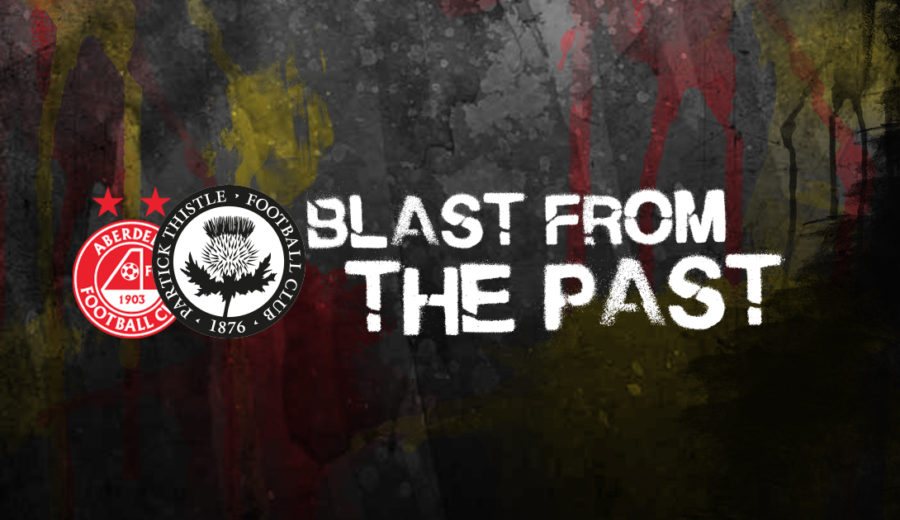 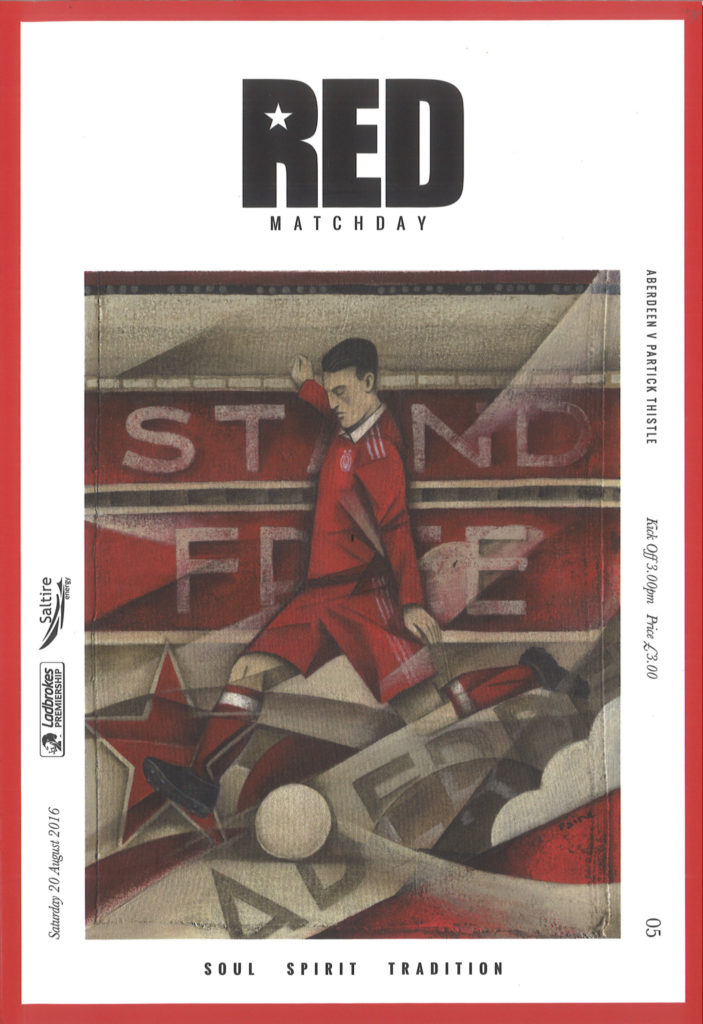 So near and yet so far. This verdict could be applied equally to the later match between the teams at Firhill, which sadly produced the identical score-line. My featured match on this occasion is a bit unusual, for two reasons. Firstly, I have chosen a recent fixture rather than delving into the dim and distant past. Secondly, I wanted to focus on the final page of the programme which carries an interesting little feature on the half-time board, with which we football fans were familiar in days gone by – more of that later. 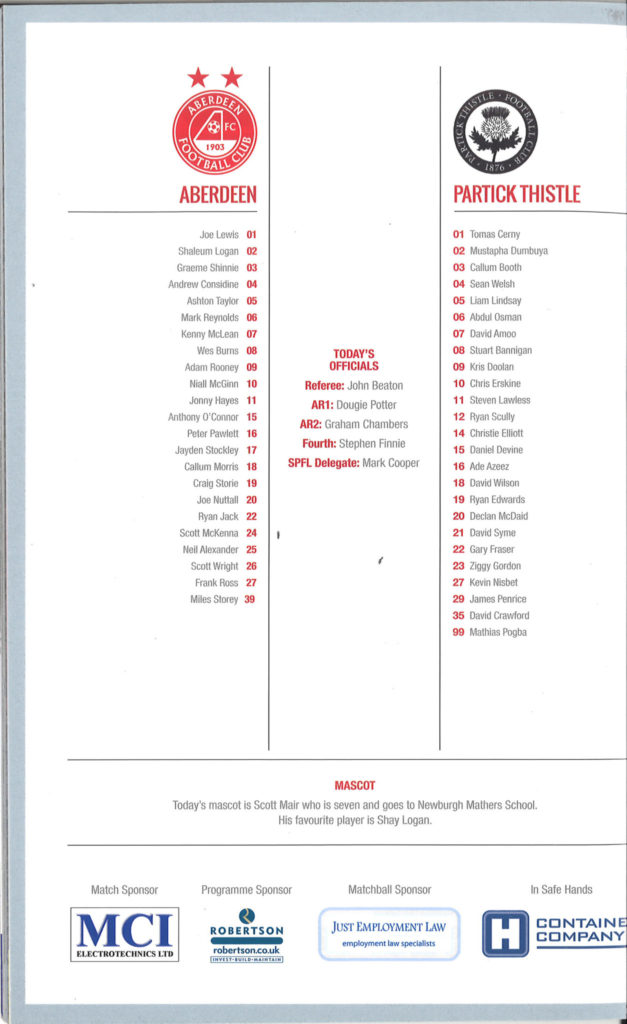 Last August we travelled to Pittodrie with a 100% record in the league, having beaten Inverness Caledonian Thistle 2-0 in the opening fixture. Parkhead should have been the next port of call, but of course our opponents were away playing a friendly match in Dublin – no further comment! Manager-speak would always say that Pittodrie is a difficult place to go, and of course that is absolutely true. Thistle were doing fine in the opening stages, but we failed to close down Niall McGinn after 28 minutes and this lapse proved fatal. A defensive blunder after 57 minutes let in Miles Storey to allow Aberdeen to increase their lead and potentially put the game out of Thistle’s reach, but we kept working hard and playing some neat football in the process. Our cause wasn’t helped when after 80 minutes Sean Welsh picked up a second yellow card for dissent and was ordered off.

However, contrary to expectations, Thistle become energised and decided to have a real go. The Aberdeen defence were suddenly under pressure, flying distress signals all over the place. We were rewarded with a great goal by Chris Erskine in the final minute of normal time. Could we still salvage something in time added on? It was not to be, but we came very close. The home side were mightily relieved to hear the final whistle. 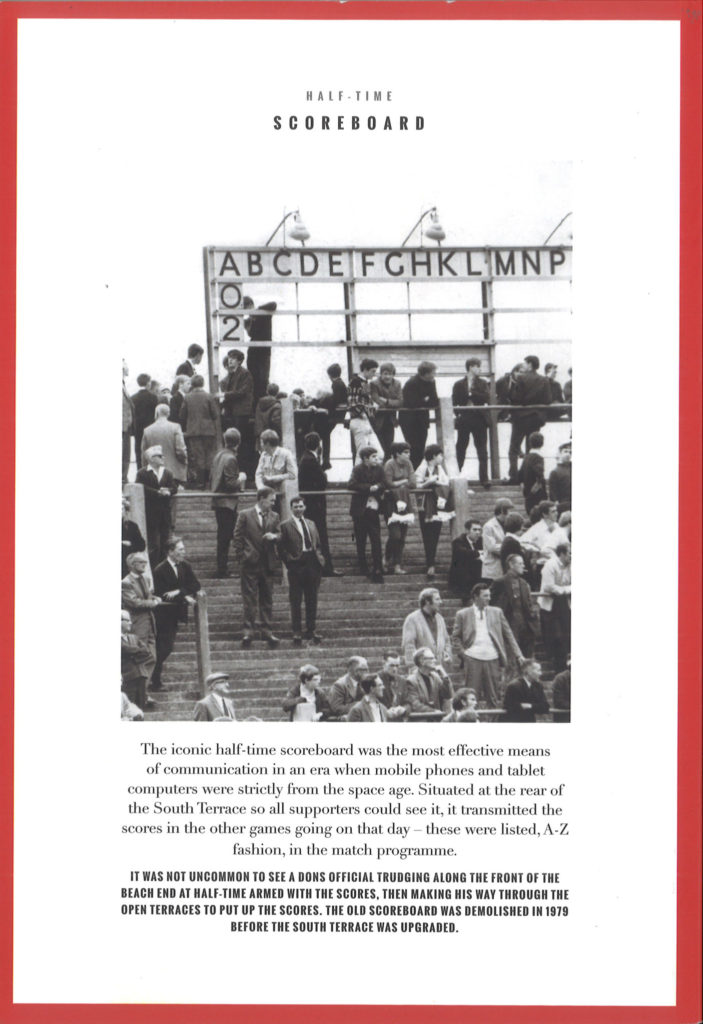 Now to turn to the half-time board. It was a great feature in those days. Like that of Aberdeen ours stood proudly on the South Terrace. Obviously one had to purchase a match programme in order to make use of the facility. The featured issue describes quite adequately everything about the half-time board. The wonders of technology now tell us what is happening throughout the country as it happens and the poor old half-time board is consigned to history – it’s a shame in a way.