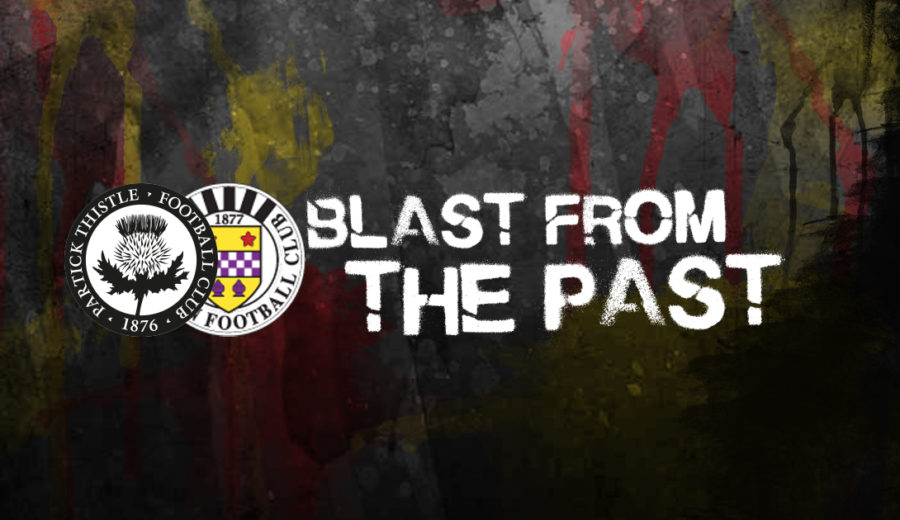 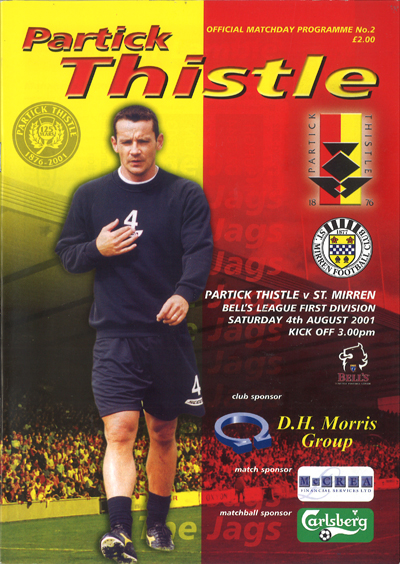 This was an absolute cracker of a game to open the league season. A crowd of 6,603 certainly got their money’s worth. Thistle had just come up from the Second Division. There was a momentum we hadn’t seen for a wee while, a sense of anticipation and of course, we went on to win a second successive promotion, returning once more to the Premier Division. This was the first step along that road. 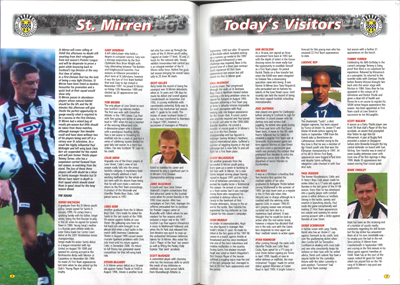 The fans were treated to a rip-roaring first-half. Thistle fell behind after 16 minutes to a Barry McLaughlin goal but this was cancelled out just five minutes later when ace goalscorer Scott McLean equaliser from the penalty-spot. You will remember that ‘Trigger’ scored in eight consecutive games the previous season. In the match, to which we are currently turning our attention, the goals were coming thick and fast. The elusive box of tricks, Jose Quitongo, restored St. Mirren’s lead after 25 minutes but Barry Elliot popped up to level matters seven minutes from the interval, so an action-packed first-half ended all square at 2-2.

Incredibly, St. Mirren went ahead for the third time through substitute, Burns, after 64 minutes. Surely, Thistle couldn’t come back yet again during this pulsating encounter. Oh yes, they could, and it was all down to Danny Lennon, who rescued a point four minutes from the final whistle. 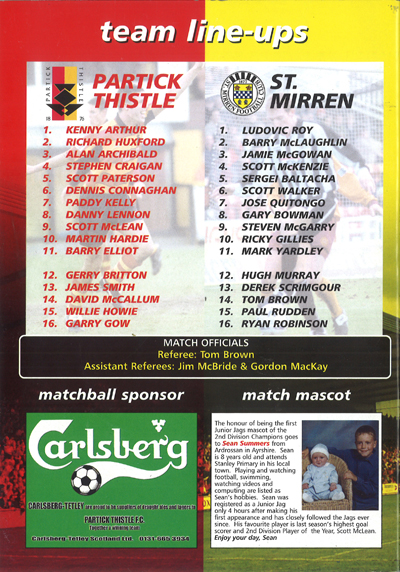 The full Thistle team makes for interesting reading. In goal was Garry Gow. His arrival at Firhill can be traced back to a match the previous season when he played a blinder for Stenhosemuir against Thistle at Ochilview. Only Thistle could do this. They played Stenhousemuir off the park and yet contrived to lose 4-0, quite a difficult thing to achieve. However, the aforementioned Garry Gow was largely the man to blame. The full-backs for the featured game were Alan Archibald and Richard Huxford. Richard had signed from Alloa Athletic, but played only 10 games. At no. 4 was Stephen Craigan and at no. 5, Scott Paterson. The remainder of the team was Paddy Kelly, Danny Lennon, Scott McLean, Martin Hardie and Barry Elliot. 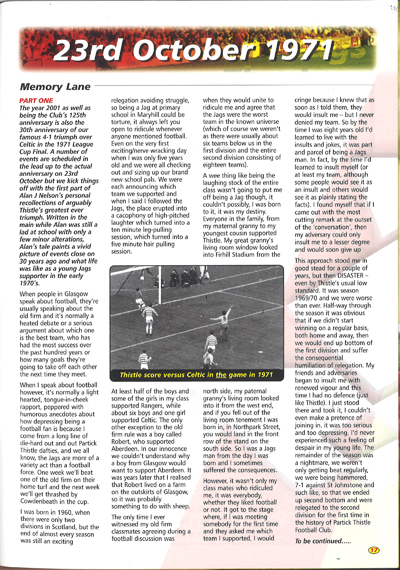 I have referred to the attendance of 6,603. Tucked away in my notes, I see a reference to the fact that the kick-off was delayed for 10 minutes, presumably to let the crowd in. Interestingly, the crowd of 6,603 was surpassed by the 7,352 who were at Love Street the following April to see Thistle clinch the league title. People travelled from far and wide to go to Love Street that day and one is left to speculate as to what those who make up the 7,352 do nowadays on a Saturday afternoon. Mind you, that Saturday afternoon can now be a 12:15 or 12:30 kick-off, or a Friday evening, or a Sunday. How times have changed!