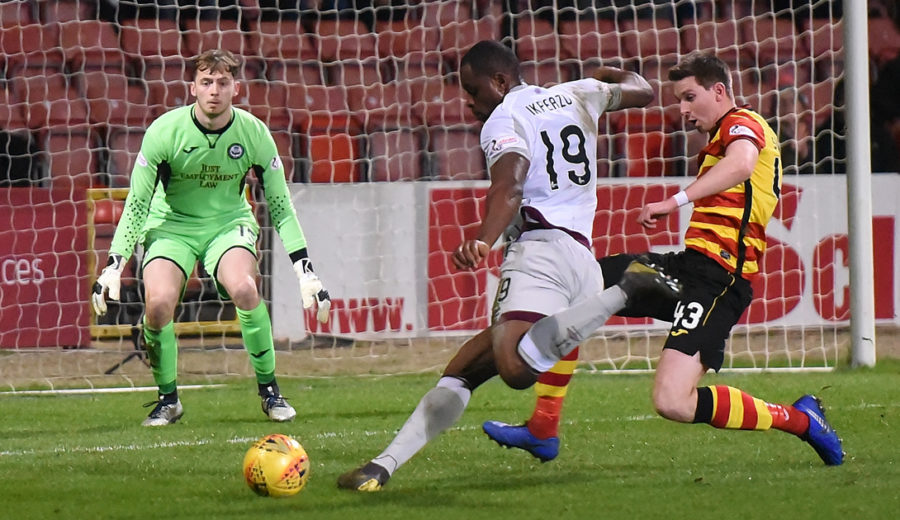 Saunders happy to be in the hat

Steven Saunders was happy to have kept Thistle’s name in the hat for the semi-final of the William Hill Scottish Cup as they earned a hard fought draw with the Gorgie Boys on Monday night.

A battling performance saw Thistle go into the hat for the next round and and will face Inverness should the team manage to record a victory over the Edinburgh side in next week’s replay. 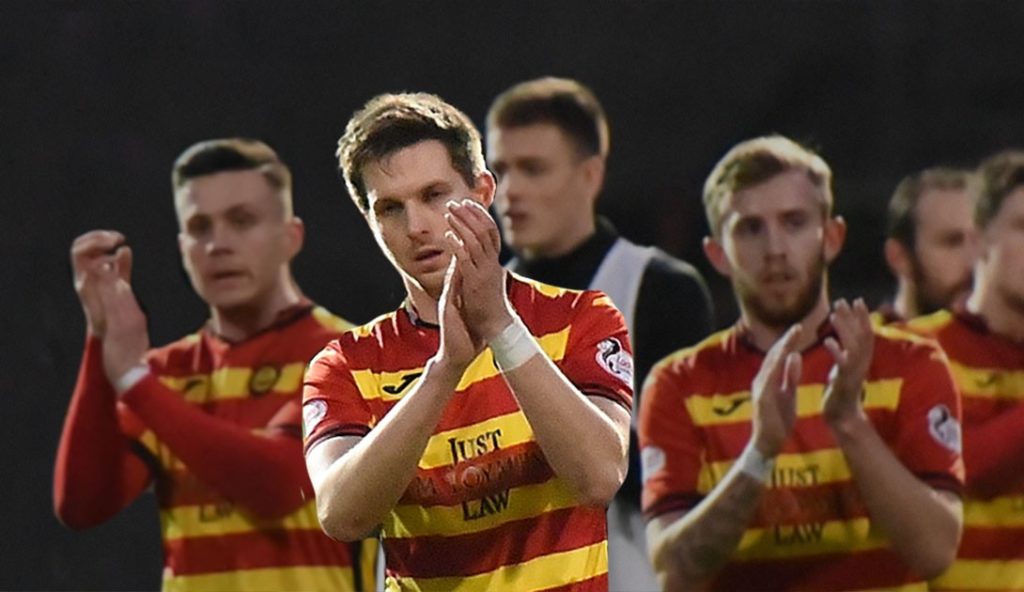 The defender was happy with the point but would like to have won the game and thought his side had the chance to do just that.

Speaking to ptfc.co.uk Steven said said:  “Obviously we would have loved to have won it on the night but a draw at least puts us into the hat for the next round, especially having been 1-0 down.

“Hearts are a good team, they’ve got good players and I thought we maybe rode the storm a bit in the first half.  We were a bit sloppy at times but we hung in there and came out much better in the second half.

“I think a draw was a fair result over the piece, I think we deserved that and it’s good to get the replay and another chance to go through to the semi-final.”

Hearts took the lead early on when Berra peeled off Saunders to score with a header and Steven was disappointed not to have defended the well worked set piece better.

“For me, personally, I’m disappointed in the goal that we lost. I have to defend that better and I’m not happy with that but I think apart from that we defend well pretty much throughout the match. They are a big strong aggressive team and I think apart from the goal we limited them to very little in terms of clear cut chances.”

Despite not getting a foothold in the game during the first half, a much more spirited second half saw Thistle draw level and Saunders admits the belief was there to get the result.

“We have belief in our team and it showed in the way we kept fighting and got the goal in the second half. We could have pushed forward five yards maybe at times and played more on the front foot instead of absorbing pressure.”

Thistle face Dundee United in another important league fixture and the Thistle number 43 knows the players have to focus on that game first and foremost.

“It’s a good result but there is no point doing well in the cup if we don’t take that into the league. We’ve got another big game at home on Saturday and we have to look to win that one and we’ll now turn our focus completely on that game.

“We know what lies ahead if we beat Hearts now. We have another tough game at Tynecastle coming up but we have to put that out of our minds and concentrate on the league again.”

A more in depth video interview with Gary Caldwell is available now to Jagzone subscribers and will be followed by reaction from Christie Elliott – log in now to see them.