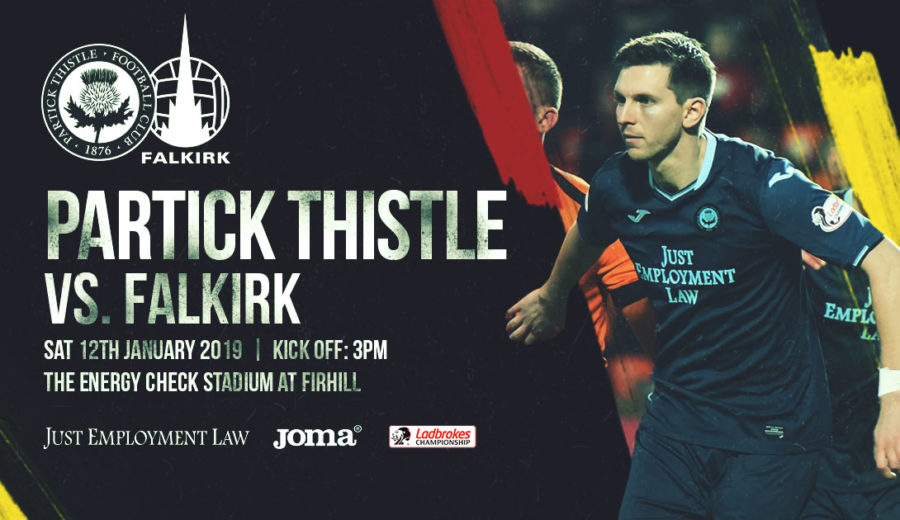 One of three new signings that started in last Saturday’s draw at Tannadice, Steven Saunders played 76 minutes on his Partick Thistle debut. The former Motherwell man played a key role in the Jags 1-1 draw having signed an 18-month deal in Maryhill last Friday.

Now, having made his first appearance for the Club, Steven is keen to kick on and contribute to the team’s climb up the table. He spoke to ptfc.co.uk ahead of this weekend’s clash with Falkirk in the Ladbrokes Championship and began by discussing his first week as part of the Jags squad:

“I’ve settled in very easily. The standard is very good and coming into the Club, I’m just surprised by the position we find ourselves in.

“It’s been a great week overall and I enjoyed Saturday too. I did feel that we deserved more than just one point but with five new boys coming in, it was a good start and gives us something to build on.”

Saunders was delighted with Thistle’s first half performance on Saturday but says that the Jags need to be able to produce that consistently over 90 minutes if they want to be winning games each week.

“It was tough to take the draw after that first half but we let United back into things after the break. They came out and improved their performance but we let ours slip a wee bit. In training this week, we’ve worked on replicating that type of play over a longer period of time so hopefully we can see some of that against Falkirk.

“Before the game we’d have probably taken a point to be fair but when you consider the way we played at times and the results elsewhere, it’s frustrating not to have gotten the three.”

At 27 years of age, Steven has plenty of years ahead of him in football but was the oldest member of the defence that played at Tannadice last week. The ex-Dumbarton man feels comfortable as the experienced head at the back and sees himself flourishing in the role.

“I’m a communicator naturally; it’s a big part of my game. I’ve played in a few different leagues and feel I have got knowledge that I can pass on to others both on and off the field. I know the Championship well and I just want to help the team in any way I can.”

Wearing number 43, Saunders thinks the squad should be encouraged by what they produced last time out and reckons that they could match any team in the league if they can perform like that regularly.

“We were terrific and I think we’d have dominated any Championship team playing like that. United couldn’t handle the energy and drive we had in the final third and that should give us plenty of belief.

“When you’ve got new faces everyone is obviously waiting to see how they do but it all clicked pretty quickly and we need to continue that this weekend.”

Can’t make it to the Tanndice? Jagzone members can listen to live audio commentary of the match. JagZoneLIVE begins at 2:45pm on Saturday.