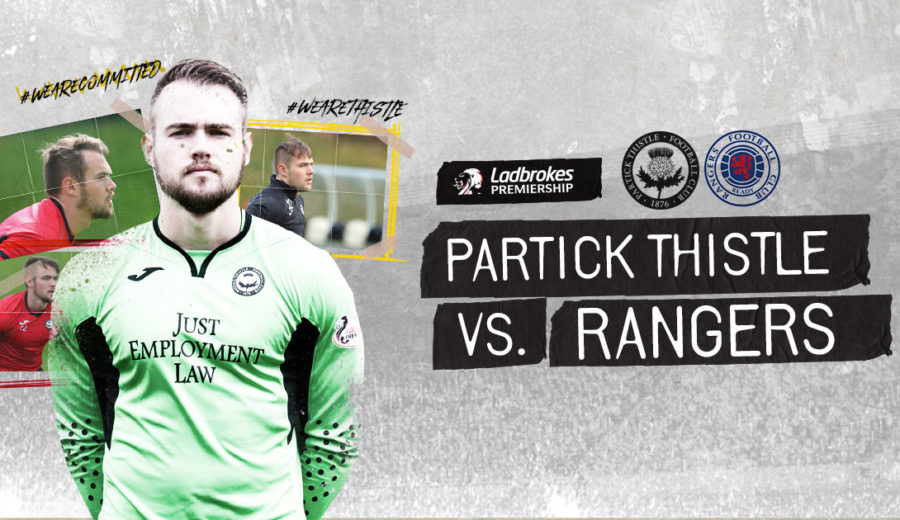 Ryan Scully returned to the Jags first team last weekend when he came on as a substitute following an injury to Tomas Cerny. Having been sidelined for almost eleven months, Ryan admitted to ptfc.co.uk that it felt great to get back out on the pitch.

“It was a long road to get back to full fitness. It’s never nice to see another goalkeeper getting an injury but, especially in the goalkeeping position, it’s sometimes the only chance you get to come in. I’m looking to grab it with both hands and keep that number one spot.

“I think the games I played last season before my injury gave me a lot of confidence and I know that I can play at Premiership level. I’ve taken that on board and it was the key to build on and hopefully keep that number one jersey and keep performing.”

With a big crowd anticipated at The Energy Check Stadium at Firhill on Friday night, Ryan is desperate to be given the nod to start a game for the first time since 26th October 2016 and prove that he deserves to be first choice.

“Yeah, definitely. I think these are the games that everybody wants to be involved in. I’ve been lucky enough to play Rangers a few times so I know what it is going to be like. It’s a great game and hopefully we can get the points.

“When Tomas had been playing earlier this season I’ve had no complaints when I’ve been on the bench because he’s been playing to a high standard playing really well and making very few mistakes. Obviously you don’t wish for mistakes as you want the team to do well, and Tomas did very well so hopefully it is the same with me. If I come in and do well then hopefully I should be keeping that jersey.”

Last season’s Maryhill meetings with Rangers were tough for Jags fans to take with late goals proving decisive and Ryan is hoping to change that record when the side visit on Friday night.

“Last season were hard ones to take. It was two identical games at home, we played very well and in the last few minutes it just seemed to be a collapse. We’re hoping to resolve that tomorrow and get a good performance and hopefully we can put it away a wee bit earlier and kill the game off this time. We know we need to ride our luck as well sometimes against better teams. We need everybody on their game and if we can get that then I’m sure everybody will be confident in getting three points.”

Rangers have brought in a number of new recruits unfamiliar to Scottish football and the Jags squad have been doing extra preparation to get to know their opponents that little bit better.

“We’ve done plenty of video analysis this week so we know and have seen plenty of highlights of the boys that have arrived over the summer. The boys that have come in are doing well just now so we’re well aware of their capabilities We’ve started working on it though and the unfamiliarity shouldn’t be too much of a problem.”

It’s been 24 years since a Jags side kept a clean sheet against Rangers and Ryan Scully would love the sequence to end this weekend.

“It’d be nice. Just to keep a clean sheet full stop, never mind against Rangers. It would be good. These are games that players want to play in, make headlines and do well. It’s a chance for all of us to do that.”

More exclusive preview interviews with Jordan Turnbull and Ryan Edwards and Jags gaffer, Alan Archibald are now available to Jagzone subscribers – log in now to see them. Jagzone members will also be able to watch highlights of the game from midnight.