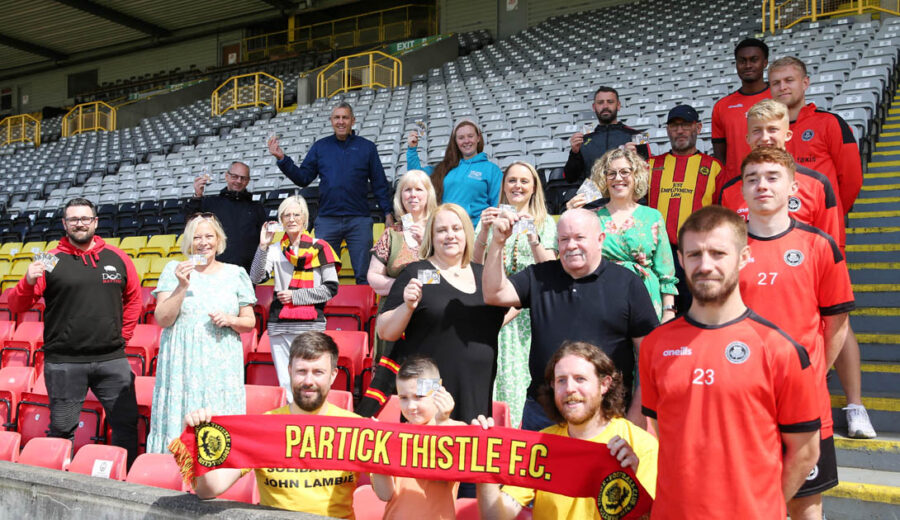 Season tickets surge past 2,000 as Jags For Good receive £17,000 worth of donated season tickets

We’re thrilled to announce the club has today surged beyond the 2,000-mark for season tickets sold ahead of Saturday’s first cinch Championship home fixture, thanks in no small part to Jags For Good.

With almost £9,000 raised by supporters of Jags For Good – the independent, fan-led initiative – which was match funded by the club, this translated to 100 fully funded season tickets being made available for use by a raft of local community causes and organisations. 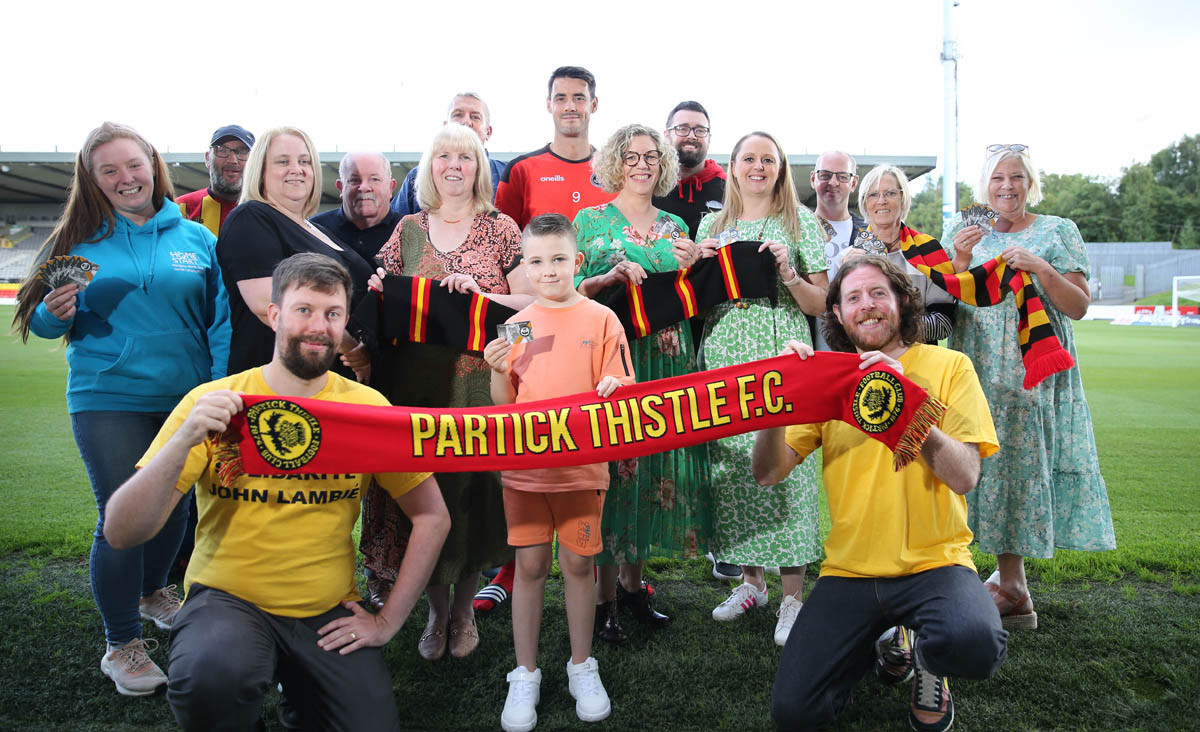 Representatives of Jags For Good and from a number of those causes were at Firhill this week to receive the season tickets, meet some of the first team squad and pose for photographs in the sun-kissed Jackie Husband Stand.

As we prepare to face Hamilton Accies at Firhill on Saturday, total season ticket sales for 2022/23 are closing in on 2,100, which is slightly ahead of numbers at this stage 12 months ago.

Gerry Britton, Partick Thistle CEO, said: “First and foremost we are extremely proud of Jags For Good, and each and every supporter who backed this campaign, for what has been achieved in a relatively short space of time. It’s exactly the type of community engagement the club has always been proud to be involved in with supportive partners and we hope it can be the start of something that can grow and expand further in seasons ahead.

“It was a privilege to welcome Jags For Good and some of these local causes to Firhill this week and present the funded season tickets to them, and we look forward to welcoming them to home matches this season, starting on Saturday afternoon.”

Neil Cowan, one of the Thistle fans involved in Jags For Good, said: “We had no idea what response we would get to the fundraising drive when we launched it back in April. But Thistle supporters have yet again shown themselves to be the greatest fans in Glasgow – if not the world – by supporting us in huge numbers. The response from the club has also been fantastic, and we’re hugely grateful to them for matching everything we have raised.

“The charities that are receiving the tickets all do incredible work with people who face serious economic and social challenges, especially at the moment with the cost of living crisis. Football can be such a powerful way of bringing people together, and we hope that everyone who comes along to Firhill as a result of these tickets can feel the solidarity, togetherness and inclusive spirit – if not always the sense of victory – that being a Thistle fan brings.”