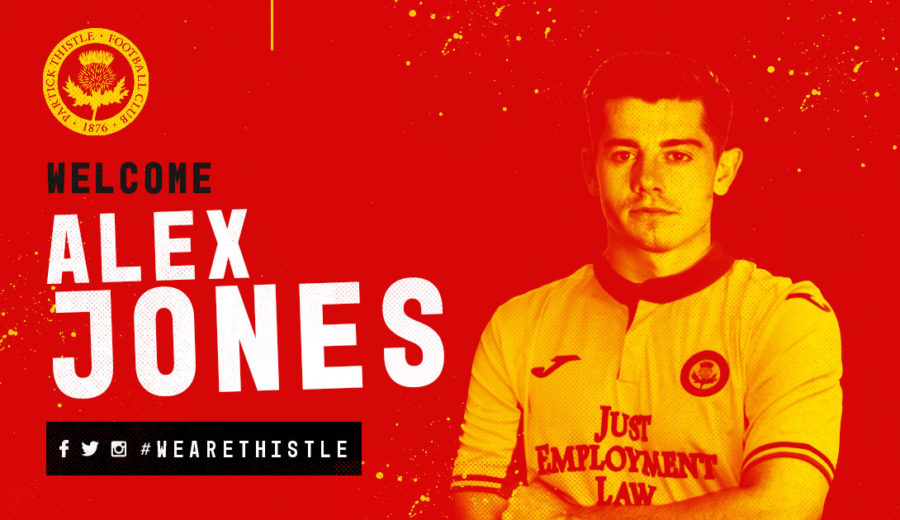 Partick Thistle can today confirm the signing of English striker, Alex Jones, on a one-year deal subject to clearance.

The 24-year-old arrives in Glasgow having left EFL League One side, Bradford City earlier this summer. Having only arrived in Maryhill this morning today’s Betfred Cup tie against Airdrieonians will come too soon for the Jags’ latest signing but he is ready and raring to go when the time comes.

Jones started his football career as a youth player with West Bromwich Albion where he’d been since the age of 12 but the Sutton-born forward would end up leaving the Hawthorns in 2015, signing with Birmingham City on a two-year deal.

During his stay with the Blues, he spent time on loan at Grimsby Town and Port Vale with the latter of the two moves proving particularly successful. While with the then League One outfit, he managed nine goals in 19 league games, earning him a move to Bradford City.

He found initial success at Valley Parade, scoring five in his first 15 league games for the Bantams but injury halted his progress and after managerial changes, he found himself out of the first team. He spent time on loan with Cambridge United last term but would leave Bradford at the end of his contract in May.