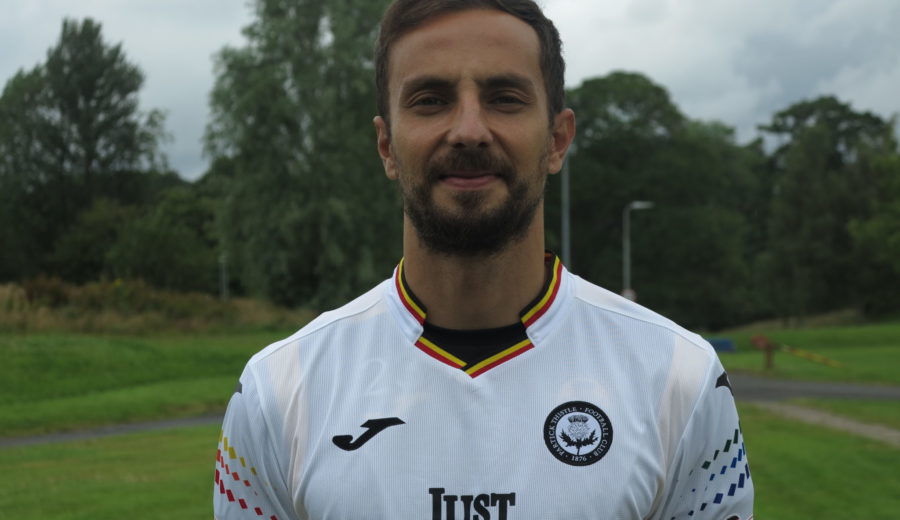 Partick Thistle can today confirm the signing of forward, Raffaele De Vita, on a season-long loan from Livingston subject to clearance.

The Italian attacker brings a wealth of experience in Scottish football to Gary Caldwell’s squad, including four promotions and a League Cup triumph.

Raffa started his footballing journey with Roma’s academy before moving to the UK to become part of the Blackburn Rovers set-up. From there he joined Livingston for the first time spending three seasons with the Lions, winning the Scottish Third and Second Divisions in that stint, before moving on to join Swindon Town in 2011.

While with the Robins he added another promotion to his CV as the County Ground side won the English League Two title during the 2011/12 season. Short stays at Bradford and Cheltenham followed before he returned to Scotland, signing with Ross County in January 2015 where he played 39 times, scoring five goals.

Then, five years after leaving Livi initially, De Vita came back to the Lions to aid their League One promotion push and, after achieving promotion to the Championship, he then helped them get to the Premiership as David Hopkin’s side went up through the play-offs.

He missed the majority of last season through injury but after playing a number of reserve games and three senior games at the end of the campaign, he is ready to come and contribute to the Thistle cause.

Raffa will wear number 23 for Thistle this season.