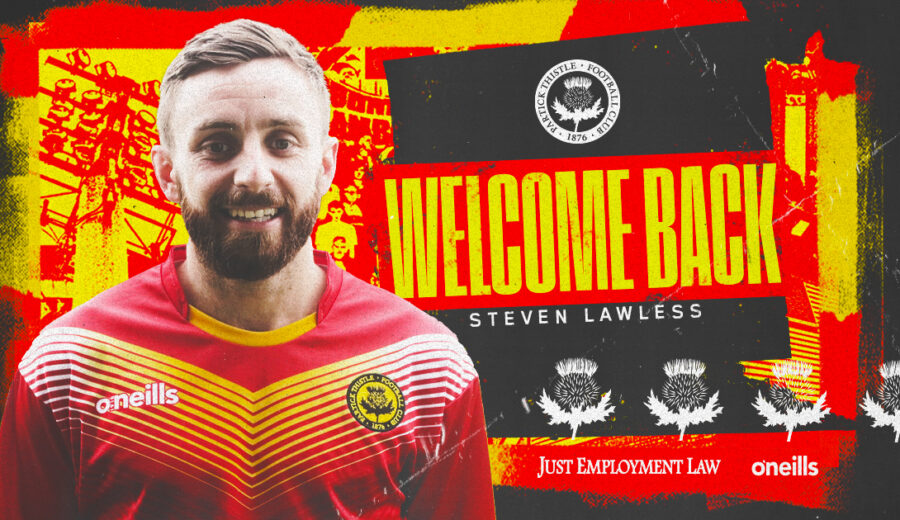 Partick Thistle FC are excited to announce that Steven Lawless has agreed a two-year deal to return to the Club, subject to Scottish FA clearance.

The 31-year-old wide player is back for a second spell in Maryhill having previously spent six seasons with the club between 2012 and 2018.

He made a dream start to his time in Thistle colours, scoring on his debut against Forfar in the League Cup before then finding the net in his first league appearance against Falkirk.

The former Motherwell youth player finished that maiden season with 14 goals from 41 appearances as the Jags won the First Division and achieved promotion to the Scottish Premiership.

He continued to play an important role for Alan Archibald’s team in the top flight netting 21 goals in the following five seasons before departing in 2018.

Since then, Lawless has spent time with Livingston, Burton Albion, Motherwell and most recently Dunfermline, scoring three times in 20 games for the Pars.

“I’m very happy to get the deal for Stevie sorted. The wide areas were an area we felt we needed to add to ahead of the new season and bringing him to the group gives us some real creativity in that area. He’s a player who can set others up or be a goal threat himself and I don’t think you can have too many players like that.

“On top of that, he’s been here before and knows exactly what it means to play for Partick Thistle and represent this club every week. He was part of a very successful Thistle team in the second tier previously and hopefully he can be part of another one this season.”